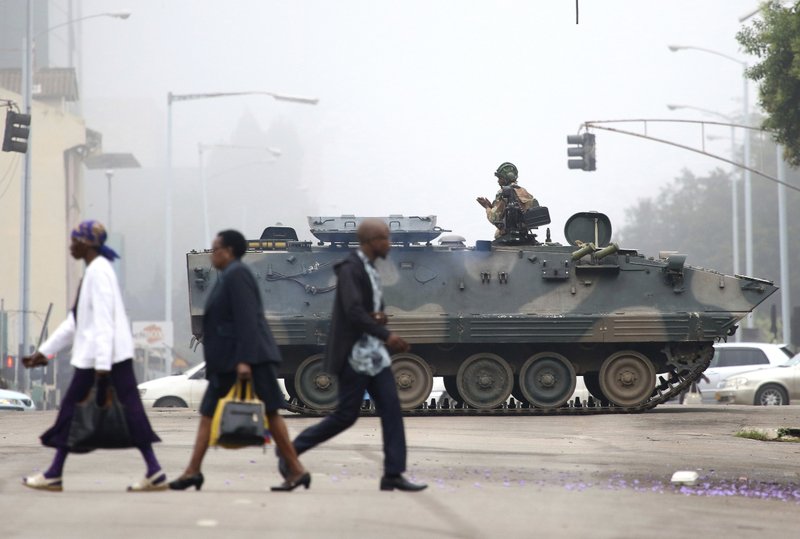 An armed soldier patrols a street in Harare, Zimbabwe, Wednesday, Nov. 15, 2017. Zimbabwe’s army said Wednesday it has President Robert Mugabe and his wife in custody and is securing government offices and patrolling the capital’s streets following a night of unrest that included a military takeover of the state broadcaster. (AP Photo)