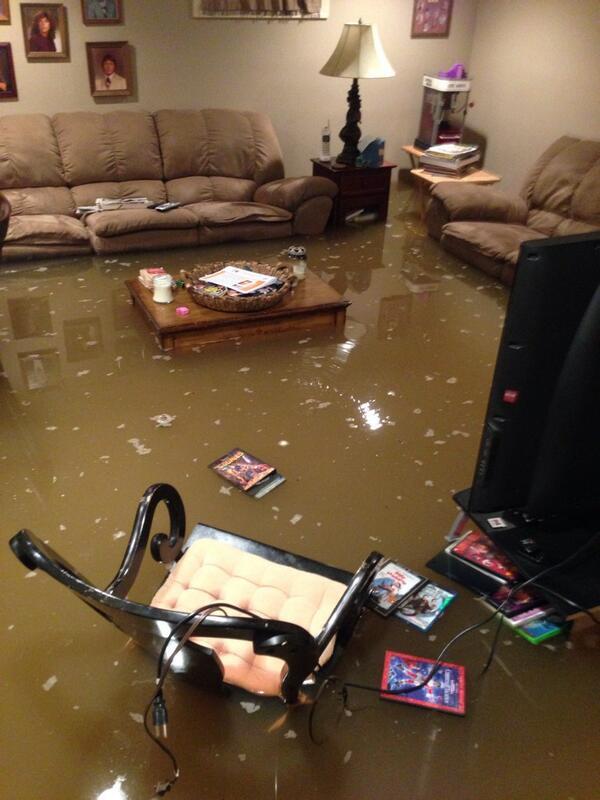 7 of the 11 police cars at the Hitchcock, Tex. Police Department were seriously damaged by hail on Wed., April 3. (Courtesy: Mark Boyle/KPRC-TV)

Windows were blown out at homes and business in Hitchcock, Tex. in the early morning hours of Wed., April 3 after massive hail pelted the area. (Courtesy: Mark Boyle/KPRC)

Softball-sized hail rained down on a community in Texas in the early morning hours of Wed., April 3 leaving significant damage in its wake.  The hail shattered windows in buildings and cars in Hitchcock, Tex.

The Hitchcock, Texas Police Dept. says 7 of its 11 police cars were seriously damaged by the hail.  Several trailer parks also sustained heavy damaged as well as a church and fire station.

A spokesperson for the Hitchcock, Tex. Police Dept. told The Weather Channel that she was inundated with calls to 911 about the hail storm.  At one point, she says she couldn’t hear people on the phone because hail was pounding the roof of the police station so violently.

There is still a threat of isolated damaging hail and winds in Texas today.  The storm front that produced this hail will linger from Texas and across the Gulf States through Thursday but will produce mostly rain.