Israel laments symbolic vote, which sees lawmakers urge government to recognize Palestine, with 339 in favor and 151 against

END_OF_DOCUMENT_TOKEN_TO_BE_REPLACED 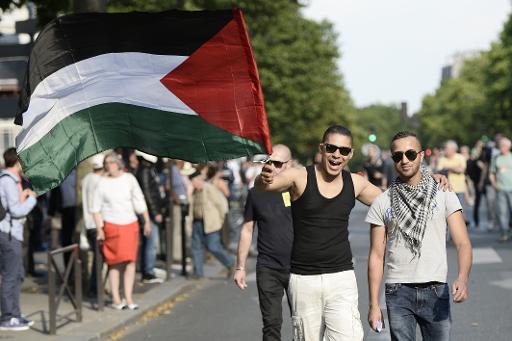 French protesters wave a Palestinian flag during a demonstration in Paris, on July 23, 2014

END_OF_DOCUMENT_TOKEN_TO_BE_REPLACED 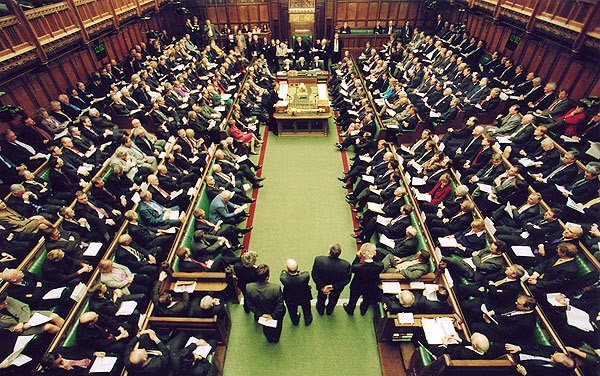 274 support motion urging ‘the government to recognize the State of Palestine,’ while only 12 oppose, in vote laden with symbolism

END_OF_DOCUMENT_TOKEN_TO_BE_REPLACED

Policemen are deployed during a protest of University students, supporters of Honduran presidential candidate for the leftist Libertad y Refundacion (LIBRE), Xiomara Castro, in Tegucigalpa. Hundreds of students were cleared by police and military agents with tear gas as they blocked the streets of the Honduran capital Tuesday. The Honduran ruling conservative party’s presidential candidate Juan Orlando Hernandez leads the vote with 34% after counting the ballots in 67% of the polling stations, according to the Supreme Electoral Court (TSE).       Photo: ORLANDO SIERRA/AFP/Getty Images

END_OF_DOCUMENT_TOKEN_TO_BE_REPLACED

Hello folks, may the God of Abraham, Issac and Jacob be with you, guide you and give you his wisdom in truth and knowledge.  Amen

I had a dream last night.  It was very short, but also very real and of course in living color.

I was standing in a room full of world leaders and diplomats.  It was a small room.  All of these people were sitting in a large circle around the walls of the room.  They were in the process of voting for a new world leader.  Vladimir Putin was there, as well as representatives from the United States, I believe it was John Kerry (Secretary of State) and Chuck Hagel (Secretary of Defense), along with many other world leaders.  I do not recall President Obama being there.

Just before they were about to read the results of the voting, I told Kerry and Hagel that the new leader would be Vladimir Putin, they both scoffed at me and ignored me.  Then the vote was read aloud.  The new world leader is “Vladimir Putin” from Russia.  No one could believe what they just heard.  I looked at them, like, I told you so!  Vladimir Putin then gave a short speech on how he was going to make the world a better place (Ha!).

The dream then ended.

I am not saying that Vladimir Putin will be the “Anti-Christ”.  I do not think that he is.  But, I do think that he is claiming a new role in the pecking order of world leaders.  What else could the dream mean?  Maybe just a dream.  But, I thought that it was important and significant enough to share with you.  Many people believe that he has already taken this role as of the Syrian chemical weapons fiasco.

After 2 months without Chavez, Venezuela government voices optimism but some expect new vote

CARACAS, Venezuela –  Two months have passed since Venezuelan President Hugo Chavez climbed the stairs of the presidential jet, blew kisses to supporters and flew to Cuba to undergo cancer surgery.

Chavez hasn’t been seen or spoken publicly since that departure to Havana on Dec. 10, and the mystery surrounding his condition has deepened even as the government’s updates have remained optimistic but have lately offered few specifics.

Foreign Minister Elias Jaua said on Saturday that Chavez is recovering slowly but that he is convinced he “is also going to win this battle.”

Some analysts say they expect that sooner or later, Chavez’s delicate health could make necessary a new presidential election. Chavez’s allies, however, insist the 58-year-old president remains in charge and they express optimism he will be able to return home.

Before President Franklin D. Roosevelt was elected to his third and fourth terms in office, U.S. presidents had honored the limit established by George Washington that a president should serve no more than two.

And after, the 22nd Amendment formally restricted service in the Oval Office to two terms.

Serrano has attempted this before, in 2003, 2009 and 2011 with little luck. H.J.R. 15 would require a two-thirds majority vote in favor in both the House and Senate and a majority of support from state legislatures.

With the debate over the fiscal cliff dominating most of the discussion on Capitol Hill of late, this legislation has managed to slip under the radar.

It was introduced on Jan. 4 and immediately referred to the House Committee on the Judiciary.

It was Washington who originally declined to run for a third term, despite his wide popularity. Thomas Jefferson later foreshadowed the need for a formal limit when, in 1805, he wrote to John Taylor that he would follow Washington’s example.

Two years later he delivered a warning that U.S. presidents would become like kings, which the colonists had fought a bloody war to escape, without term limits.

“If some termination to the services of the chief magistrate be not fixed by the Constitution or supplied in practice,” Jefferson wrote to the Vermont Legislature, “his office, nominally for years, will in fact become for life; and history shows how easily that degenerates into an inheritance.”

Formal limits were added on March 21, 1947, when Congress passed the 22nd Amendment. Then by Feb. 26, 1951, the amendment was ratified by the required number of states and was added to the Constitution.

Serrano’s bill currently has no co-sponsors.

It states, “Proposing an amendment to the Constitution of the United States to repeal the twenty-second article of amendment, thereby removing the limitation on the number of terms an individual may serve as president.”

It continues: “Resolved by the Senate and House of Representatives of the United States of America in Congress assembled (two-thirds of each House concurring therein), That the following article is proposed as an amendment to the Constitution of the United States, which shall be valid to all intents and purposes as part of the Constitution when ratified by the legislatures of three-fourths of the several states within seven years after the date of its submission for ratification.”

WND reported four years ago when Obama was preparing for his 2009 inauguration gala, the same plan was before the U.S. House Committee on the Judiciary.

At that time, Serrano’s project was H.J.R. 5, which, according to the bill’s language, proposed “an amendment to the Constitution of the United States to repeal the twenty-second article of amendment, thereby removing the limitation on the number of terms an individual may serve as president.”

Eisenhower, Clinton and Reagan all were critical of the amendment at times.

The amendment limits presidents to a maximum of eight years in office – or, under unusual circumstances, such as succession following the death of a president, a maximum of 10 years in office. Should Serrano succeed in repealing the amendment, Obama would be cleared to run for an unlimited number of terms, restricted only by the vote of the electorate.

To achieve repeal of the 22nd Amendment, Serrano’s proposal must be approved by a two-thirds vote of both houses of Congress and ratified by three-quarters of the states’ legislatures.

“Gen. Washington set the example of voluntary retirement after eight years,” Jefferson wrote in an 1805 letter to John Taylor. “I shall follow it, and a few more precedents will oppose the obstacle of habit to anyone after a while who shall endeavor to extend his term. Perhaps it may beget a disposition to establish it by an amendment of the Constitution.”

In the same letter to the Vermont Legislature in which he warned of a presidential monarchy, Jefferson further explained why he refused to run for a third term.

“Believing that a representative government, responsible at short periods of election, is that which produces the greatest sum of happiness to mankind,” Jefferson wrote, “I feel it a duty to do no act which shall essentially impair that principle; and I should unwillingly be the person who, disregarding the sound precedent set by an illustrious predecessor, should furnish the first example of prolongation beyond the second term of office.”