END_OF_DOCUMENT_TOKEN_TO_BE_REPLACED

This screenshot from WDBJ-TV7, in Roanoke, Va., shows reporter Alison Parker and photographer Adam Ward. Parker and Ward were killed, Wednesday, Aug. 26, 2015, when a gunman opened fire during a live on-air interview in Moneta, Va. (Courtesy of WDBJ-TV7 via AP)

END_OF_DOCUMENT_TOKEN_TO_BE_REPLACED 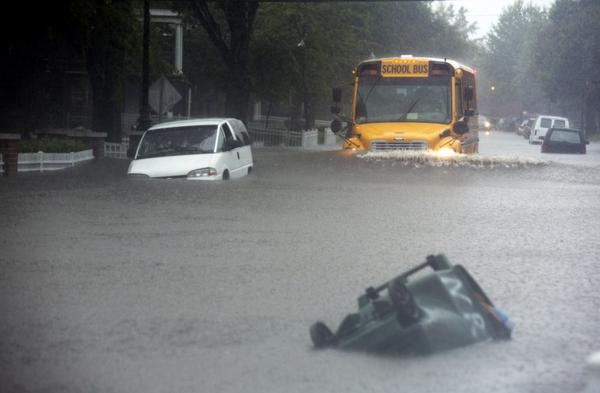 MailOnline spoke to patients outside hospitals in Virginia’s Washington, D.C. suburbs, many of them confused about the state of their insurance coverage

END_OF_DOCUMENT_TOKEN_TO_BE_REPLACED

Note:  The expiration time in the watch graphic is amended if the watch is replaced, cancelled or extended.
Note: Click for Watch Status Reports.

So the Federal government grounded the air force due to budget cuts.  That says a lot about our homeland security.

I find this fascinating due to the fact that the government can spend untold amounts of money on billions of rounds of hollow point ammunition, militarizing the Department of Homeland Security, building hundreds of FEMA camps around the country, and purchase hundreds of thousands of coffins, yet, it has to cut back on the military defense of our country!

It seems as though the government does not have it’s priorities straight and/or the right hand does not know what the left hand is doing, or possibly has other motives.  This is our government hard at work….but for who?

Is this what they call “Operational Readiness”, to serve and protect?

NORFOLK, Va.—Grounded since April because of budget cuts, many of the Air Force’s combat aircraft started flying again Monday, the military has announced.The grounding affected about one-third of active-duty combat craft, including squadrons of fighters, bombers, and airborne warning and control craft.

Officials at Air Combat Command at Joint Base Langley-Eustis in Virginia said the order affects planes in the U.S., Europe and the Pacific. The popular Thunderbirds demonstration team comprised of F-16s also will start flying again.

“Since April we’ve been in a precipitous decline with regard to combat readiness,” Gen. Mike Hostage, commander of Air Combat Command, said in a statement. “Returning to flying is an important first step but what we have ahead of us is a measured climb to recovery.”

END_OF_DOCUMENT_TOKEN_TO_BE_REPLACED

Modern policing! Public safety! No amount of snarky irony can prepare you for this tale of police idiocy in the name of the most minor and absurd of laws, reported in Daily Progress out of Virginia:

When a half-dozen men and a woman in street clothes closed in on University of Virginia student Elizabeth Daly, 20, she and two roommates panicked.

That led to Daly spending a night and an afternoon in the Albemarle-Charlottesville Regional Jail. Her initial offense? Walking to her car with bottled water, cookie dough and ice cream just purchased from the Harris Teeter in the Barracks Road Shopping Center for a sorority benefit fundraiser.

END_OF_DOCUMENT_TOKEN_TO_BE_REPLACED

GALAX, Va. –  Nearly 100 vehicles crashed Sunday along a mountainous, foggy stretch of interstate near the Virginia-North Carolina border, killing three people and injuring 25 others.Police said traffic along Interstate 77 in southwest Virginia backed up for about 8 miles in the southbound lanes after the accidents. Authorities closed the northbound lanes so that fire trucks, ambulances and police could get to the series of chain-reaction wrecks.

Virginia State Police determined there were 17 separate crashes involving 95 vehicles within a mile span near the base of Fancy Gap Mountain, spokeswoman Corinne Geller said. The crashes began around 1:15 p.m. Sunday when there was heavy fog in the area.

“This mountain is notorious for fog banks. They have advance signs warning people. But the problem is, people are seeing well and suddenly they’re in a fog bank,” said Glen Sage of the American Red Cross office in the town of Galax.

Overhead message boards warned drivers since about 6 a.m. Sunday to slow down because of the severe fog, Geller said. The crashes were mostly caused by drivers going too fast for conditions.

At the “epicenter” was a wreck involving up to eight vehicles, some of which caught fire, Geller said. Photos from the accident scene showed a burned out tractor-trailer and several crumpled vehicles badly charred. Those taken to hospitals had injuries ranging from serious to minor.

Authorities reopened the northbound lanes Sunday night and hoped to have the other side cleared later in the evening.

Police have not released the names of those killed.