United Nations calls for investigation after alleged rape victim and journalist who reported claims are arrested for defamation, in latest in a string of similar cases

END_OF_DOCUMENT_TOKEN_TO_BE_REPLACED

Two Italian police officers were shot and wounded on Sunday outside the prime minister’s office in Rome just as new premier Enrico Letta’s government was being sworn in just a kilometer (mile) away. 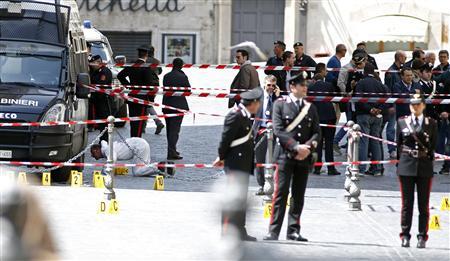 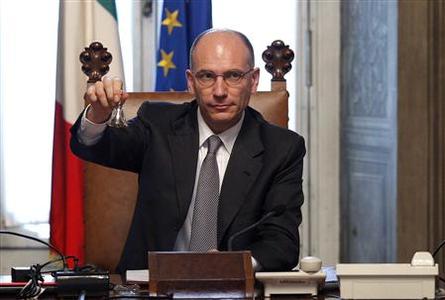 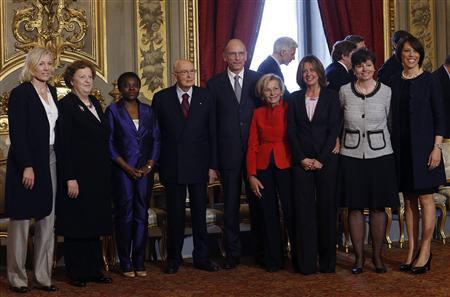 By Gavin Jones and Roberto Landucci

It was not clear whether the attack by a man police said was unemployed was linked to the launch of the new government at a time of deep political divisions and social tensions exacerbated by a long slump in the euro zone’s third largest economy.

Newly installed Interior Minister Angelino Alfano said the attack appeared to be an “isolated act” that did not suggest any wider security threat. But there were immediate calls for politicians to try to calm a volatile public mood.

“All political forces have to work together to lower the level of tension that the economic, social and institutional climate has already created,” said center-left parliamentarian Emanuele Fiano.

The mix of center-right and center-left politicians and unaffiliated technocrats was largely welcomed in Italy’s mainstream press on Sunday, especially for the record of seven female ministers and the relatively young average age.

However, the political risks that Letta faces were spelled out on Sunday by a close ally of center-right leader Silvio Berlusconi who is a core stakeholder in the government.

Renato Brunetta, lower house leader of Berlusconi’s People of Freedom party (PDL), said the government would fall unless Letta promised in his maiden speech to swiftly abolish an unpopular housing tax and repay the 2012 levy to taxpayers.

Letta is expected to set out his government’s plans in parliament on Monday and will then need to win a vote of confidence in both houses to be fully empowered.

“If the prime minister doesn’t make this precise commitment we will not give him our support in the vote of confidence,” Brunetta told daily Il Messaggero.

Brunetta, who was himself a candidate for the post of economy minister, said that during negotiations for the formation of the government Letta had “given his word” on the abolition and repayment of the tax, which would leave an 8-billion-euro hole in public accounts.

New Economy Minister Fabrizio Saccomanni, formerly deputy governor of Italy’s central bank, said he wanted to cut public spending and reduce taxes to revive an economy languishing in a recession set to be the longest since World War Two.

He made no reference to the housing tax. Attention on Sunday, however was focused on the dramatic shooting outside Palazzo Chigi, the prime minister’s official residence.

Police identified the gunman as Luigi Preiti, in his forties, from Calabria, the southern region which has long suffered from high unemployment and organized crime.

Having fired several shots at the two police on duty outside the prime minister’s office, he shouted “shoot me, shoot me” to other police officers nearby, police said.

In a surreal scene, outgoing Prime Minister Mario Monti received the official trumpet salute in the courtyard of the renaissance Chigi palace before walking across the cordoned-off square past police crouching over the scene of the shooting.

Preiti was unemployed and separated from his wife, but had never suffered from mental illness, his brother told Italian news agency ANSA.

In the election Italians vented their anger at a discredited political class by giving 25 percent of votes to the anti-establishment 5-Star Movement led by former Comic Beppe Grillo.

Since the vote, divisions have deepened with millions of center-left voters furious to see the PD split and then agree to govern with arch-enemy Berlusconi after its leadership, including Letta, had repeatedly ruled out the possibility.

PD parliamentarians have been subjected to abuse in the streets and Grillo rubs salt in the party’s wounds with daily comments on his blog decrying what he sees as an indecent alliance to preserve the power and privileges of the status quo.

Berlusconi, who had been widely written off after being forced from office in 2011 at the height of a debt crisis, has emerged as the big winner. He is now a vital part of the ruling majority and has placed several ministers in the cabinet, including the PDL’s national secretary Alfano as deputy prime minister and interior minister.

Recent polls give him a lead of between five and eight percentage points over the center-left, and many commentators believe he may bring down the government as soon as he is fully confident of winning an election.

A court in the Maldives orders a teenage girl who was raped by her stepfather to be flogged, despite government condemnation.

Premarital sex is illegal under the Maldives’ Islamic law

A 15-year-old alleged rape victim in the Maldives has been sentenced to 100 lashes and eight months under house arrest for engaging in premarital sex.

The girl admitted having consensual sex with a man in an incident unrelated to the rape.

Sex outside of marriage is illegal under the Islamic law of the island nation.

Police were investigating allegations that the girl had been raped by her stepfather when they uncovered the evidence.

The girl’s stepfather is facing 25 years in prison for the rape and allegedly killing a baby conceived from it.

Despite condemnation from the UN and Amnesty International, court officials have said the flogging will be carried out once the girl turns 18.

The Maldivian government has urged the courts to show leniency towards the girl, describing her as “traumatised” by the rape.

It is not known whether the her partner will also be charged with having premarital sex.

Last September, a 16-year-old Maldivian girl was sentenced to public flogging after she confessed to premarital sex. Her partner received a 10-year prison sentence.

The Indian Ocean nation is home to almost 330,000 people, and all of its citizens belong to the Muslim faith.

The public practice of any religion other than Islam is prohibited under Maldivian law.

Opposition forces released a video showing a victim struggling to breathe after the attack.

WARNING!  This video is graphic in nature.  Not for the faint of heart!

At least 181 people were killed on Sunday in attacks by loyalists to Assad, who may be have dealt himself a suicide blow by using chemical warfare, a move that the President Barack Obama has warned would justify US military intervention in the uprising that has erupted into civil war.

Al Jazeera said six people were paralyzed and four others were blinded by the toxic gas bombs, and 63 other suffered other injuries.

Syrian activists reported that Assad’s forces had committed a “horrible massacre” in the bombing of a bakery, killing more than 100 people.

They also said cluster bombs exploded in several towns as Assad desperately tried to fend off an increasingly armed opposition, beefed up by Islamic terrorists.