2014 On Track to Become Hottest Year Yet

END_OF_DOCUMENT_TOKEN_TO_BE_REPLACED

A 20-person handcrew from Sheridan, Ore.’s JC Orozco Reforestation conducts a burn out operation on the western flank of the Oregon Gulch Fire burning south of Highway 66 in the area of the Soda Mountain Wilderness in Oregon. Officials said the fire was started by lightning on Thursday. (AP Photo/Medford Mail Tribune, Jamie Lusch)

END_OF_DOCUMENT_TOKEN_TO_BE_REPLACED 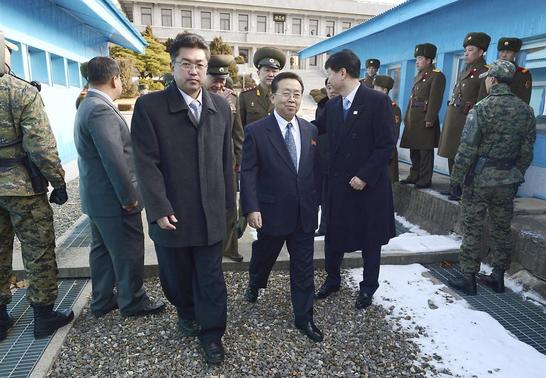 Head of the North Korean high-level delegation, Won Tong Yon (C) crosses the concrete border which separates the two Koreas at the truce village of Panmunjom in the demilitarised zone, north of Seoul February 12, 2014.

END_OF_DOCUMENT_TOKEN_TO_BE_REPLACED

How cold was it here? A frozen fountain at Chandler’s Cove tells the tale at South Lake Union, Friday in Seattle as the rest of the country gets a blast of frigid temperatures, sleet, snow and ice

Brace yourself! Big Freeze heads East after leaving 11 dead and thousands of flights cancelled in South and Midwest

END_OF_DOCUMENT_TOKEN_TO_BE_REPLACED

A Brussels widow slept next to her mummified husband’s corpse for a year, her landlord said after making the macabre discovery during an eviction, a Belgian daily reported Tuesday.

END_OF_DOCUMENT_TOKEN_TO_BE_REPLACED

Astronomers using NASA’s Hubble Space Telescope have identified what they can only describe as a never-before-seen “weird and freakish object” in the asteroid belt that looks like a rotating lawn sprinkler.

Normal asteroids should appear simply as tiny points of light. But this asteroid, designated P/2013 P5, has six comet-like tails of dust radiating from it like spokes on a wheel.

Because nothing like this has ever been seen before, astronomers are scratching their heads to find an adequate explanation for its out-of-this-world appearance.

“We were literally dumbfounded when we saw it,” said lead investigator David Jewitt of the University of California at Los Angeles. “Even more amazing, its tail structures change dramatically in just 13 days as it belches out dust. That also caught us by surprise. It’s hard to believe we’re looking at an asteroid.”

One interpretation is that the asteroid’s rotation rate increased to the point where its surface started flying apart, ejecting dust in episodic eruptions starting last spring. The team rules out a recent asteroid impact scenario because a lot of dust would be blasted into space all at once, whereas P5 has ejected dust for at least five months.

The asteroid was discovered as an unusually fuzzy-looking object with the Pan-STARRS survey telescope in Hawaii. The multiple tails were discovered in Hubble images taken on Sept. 10, 2013.

When Hubble returned to the asteroid on Sept. 23, its appearance had totally changed. It looked as if the entire structure had swung around. “We were completely knocked out,” Jewitt said.

Careful modeling by team member Jessica Agarwal of the Max Planck Institute for Solar System Research in Lindau, Germany, showed that the tails could have been formed by a series of impulsive dust-ejection events. She calculated that the first ejection event occurred on April 15 and the last one on Sept. 4. The rest sequentially erupted on July 18, July 24, Aug. 8, and Aug. 26. Radiation pressure from the Sun smears out the dust into streamers.

The asteroid could possibly have been spun up if the pressure of sunlight exerted a torque on the body. If the asteroid’s spin rate became fast enough, Jewitt said, the asteroid’s weak gravity would no longer be able to hold it together. Dust might avalanche downslope towards the equator, and maybe shatter and fall off, eventually drifting into space to make a tail. So far, only a small fraction of the main mass, perhaps 100 to 1,000 tons of dust, has been lost. The 700-foot-radius nucleus is thousands of times more massive.

Follow-on observations may show if the dust leaves the asteroid in the equatorial plane, and this would be pretty strong evidence for a rotational breakup. Astronomers will also try to measure the asteroid’s true spin rate.

Jewitt’s interpretation implies that rotational breakup must be a common phenomenon in the asteroid belt; it may even be the main way in which small asteroids die. “In astronomy, where you find one, you eventually find a whole bunch more,” Jewitt said. “This is just an amazing object to us, and almost certainly the first of many more to come.”

The paper from Jewitt’s team appears online in the November 7 issue of The Astrophysical Journal Letters.

Jewitt said that the orbit of the asteroid could make it a member of the Flora asteroid family. This means that it is probably a piece from an asteroid collision that occurred roughly 200 million years ago. The resulting collision fragments are still following similar orbits. Meteorites from these bodies show evidence of having been heated to as much as 1,500 degrees Fahrenheit. This means the asteroid is likely made of metamorphic rocks and so is not capable of holding ices as comets do.