Garapan, Saipan (June 28, 2005)  Service members stand at attention as part of a joint-service color guard that was representing the U.S. military during a historic visit by the royal family of Japan. Japanese Emperor Akihito and Empress Michiko made their first-ever trip to commemorate a World War II battle. The royal couple took time on Saipan to visit sites and monuments that remember Japanese, island civilian and American fallen service members in order to affirm the friendship that has grown between Japan and the United States. U.S. Navy photo by Photographers Mate 2nd Class Nathanael T. Miller (RELEASED)

END_OF_DOCUMENT_TOKEN_TO_BE_REPLACED

In a stunning development, some military priests are facing arrest if they celebrate mass or practice their faith on military bases during the federal government shutdown.

“With the government shutdown, many [government service] and contract priests who minister to Catholics on military bases worldwide are not permitted to work – not even to volunteer,” wrote John Schlageter, the general counsel for the Archdiocese for the Military Services USA, in an op-ed this week. “During the shutdown, it is illegal for them to minister on base and they risk being arrested if they attempt to do so.”

According to its website, the Archdiocese for the Military Services “provides the Catholic Church’s full range of pastoral ministries and spiritual services to those in the United States Armed Forces.”

In his piece, Schlageter worries about this restriction as Sunday nears. “If the government shutdown continues through the weekend, there will be no Catholic priest to celebrate Mass this Sunday in the chapels at some U.S. military installations where non-active-duty priests serve as government contractors,” he wrote.

The Obama administration’s draft resolution for military intervention which Congress is set to vote on next week is so broad that it would authorize boots on the ground as well as regime change and open ended war throughout the entire region, according to Harvard Law School professor Jack Goldsmith.

Goldsmith served as Assistant Attorney General, Office of Legal Counsel from 2003–2004, and Special Counsel to the Department of Defense from 2002–2003.

In an article for the Lawfare Blog, Goldsmith reveals how the White House’s proposed Authorization for the Use of Military Force (AUMF) would give Obama the power to deploy ground troops in Syria, despite the administration’s claims that it is only seeking to carry out “limited” strikes that have no connection to regime change.

END_OF_DOCUMENT_TOKEN_TO_BE_REPLACED

Special wedding leave granted – above and beyond annual leave

The U.S. military says it has a new benefit for same-sex couples who are in the Armed Services and want to get “married.”

And it’s a taxpayer-funded perk available only to same-sex duos, not heterosexual couples.

It’s government-paid leave to travel to a state that recognizes same-sex “marriage.”

“A Supreme Court ruling earlier this year said that the federal government must give equal treatment to same-sex couples who have legally ‘married.’ But now the Pentagon wants to give a special, taxpayer-funded bonus to such couples – including a benefit that is not even available to heterosexual couples.”

END_OF_DOCUMENT_TOKEN_TO_BE_REPLACED

Led by Senator Feinstein, Congress passes a complete ban on the Second Amendment.

The President does not veto the bill and the U.S. military is tasked with enforcing the ban.

Americans must now turn in their firearms.

Armed with well-oiled weapons set to full auto, troops begin their assault on a peaceful suburban family in their quiet household, all in the name of reducing “gun violence.”

The use of deadly force is justified.

But will they encounter resistance?

All the entries for the Operation Paul Revere contest are in. Showcased videos are selected for general interest and their selection does not imply that they are finalists or have met all the contest requirements.

All of the views expressed in the films are not necessarily endorsed by Infowars. 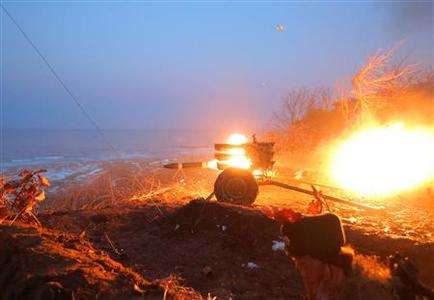 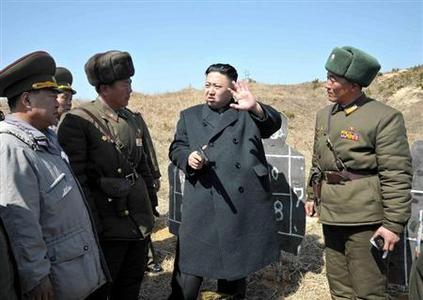 The order, issued in a statement from the North’s military “supreme command”, marks the latest fiery rhetoric from Pyongyang since the start of joint military drills by U.S. and South Korean forces early this month.

“From this moment, the Supreme Command of the Korean People’s Army will be putting into combat duty posture No. 1 all field artillery units, including long-range artillery units and strategic rocket units, that will target all enemy objects in U.S. invasionary bases on its mainland, Hawaii and Guam,” the North’s KCNA news agency said.

The North previously threatened nuclear attack on the United States and South Korea, although it is not believed to have the capability to hit the continental United States with an atomic weapon. But the U.S. military’s bases in the Pacific area are in range of its medium-range missiles.

South Korea’s defense ministry said it had detected no signs of unusual activity by the North’s military but will monitor the situation. The South and the U.S. military are conducting drills until the end of April, which they have stressed are strictly defensive in nature.

The North has previously threatened to strike back at the U.S. military accusing Washington of war preparations by using B-52 bombers which have flown over the Korean peninsula as part of the drills.

North Korea has said it has abrogated an armistice that ended the 1950-53 Korean War and threatened a nuclear attack on the United States.

The economic collapse, and ensuing civil unrest is coming – or so we’ve been told. Why else would Homeland Security buy up more than 2 billion bullets, purchase more than 2700 tanks and stock pile weaponry all while government white papers outline preparations for a martial law containment of society?

Ahead of that breakdown of society, Washington and the powers that control it have deployed troops across America to train for domestic operation and acclimate the public to their presence. The friendlies, engaging in benign and innocuous activities, will foster trust among the people and let down their guard when things go dark later. It is classic psyops at work.

In that context, we see an acceleration of National Guard and regular Army troops used at publicsporting events, in crowd control at festivals and operating with police in law enforcement checkpoints, all in violation of Posse Comitatus. Small examples of this have been occurring regularly in Texas, with a National or State Guard presence at kite festivals, Texas Independence celebrations and other public events.