‘Unprecedented’ deployment of Revolutionary Guards forces said to be carried out in coordination with Russia, which is also sending in troops

END_OF_DOCUMENT_TOKEN_TO_BE_REPLACED

Nigerian special forces run past Chadian troops in an hostage rescue exercise at the end of the Flintlock exercise in Mao, Chad, Saturday, March 7, 2015. The U.S. military and its Western partners conduct this training annually and set up plans long before Boko Haram began attacking its neighbors Niger, Chad and Cameroon. (AP Photo/Jerome Delay)

END_OF_DOCUMENT_TOKEN_TO_BE_REPLACED

Ukrainian servicemen patrol with a self-propelled artillery gun near the eastern Ukrainian town of Debaltseve, in the region of Donetsk , on February 8, 2015. (photo credit: AFP/VOLODYMYR SHUVAYEV)

Soldiers pour across the border in conflict-ravaged breakaway region

END_OF_DOCUMENT_TOKEN_TO_BE_REPLACED 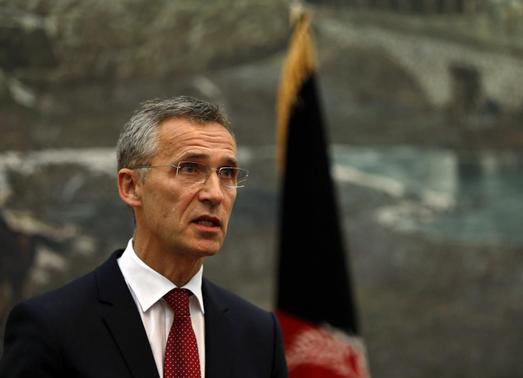 END_OF_DOCUMENT_TOKEN_TO_BE_REPLACED

A rebel leader in eastern Ukraine has said a convoy of military hardware is on its way to the region from Russia.

END_OF_DOCUMENT_TOKEN_TO_BE_REPLACED 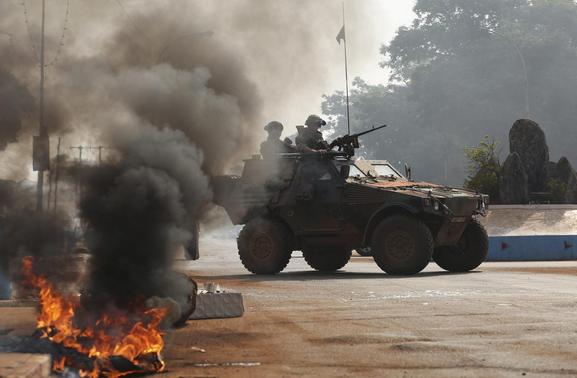 French troops secure an area after protesters from an angry mob set fire to the dead body of a Muslim man along a street in Bangui, January 19, 2014.   Credit: REUTERS/Emmanuel Braun

END_OF_DOCUMENT_TOKEN_TO_BE_REPLACED

The U.S. military has been busy in the past few weeks.

Across two military exercises — called Eager Lion and CARAT — the U.S. military worked with 27 countries on collaborative defense and security, showcasing its guided missile destroyers, F-16 fighter jets and more in the Middle East and Asia.

END_OF_DOCUMENT_TOKEN_TO_BE_REPLACED

The US decision to upgrade Syrian rebel weaponry has run into a major setback: debkafile reveals that Turkish Prime Minister Tayyip Erdogan phoned President Barack Obama in Berlin Wednesday, June 19, to report his sudden decision to shut down the Turkish corridor for the transfer of US and NATO arms to the Syrian rebels.
Against this background, the US President informed Congress Friday, June 22, that 700 combat-equipped American military personnel would remain in Jordan at the end of a joint US-Jordanian training exercise. They would include crews of two Patriot anti-aircraft missile batteries and the logistics, command and communications personnel needed to support those units. The United States is also leaving behind from the war maneuver a squadron of 12 to 24 F-16 fighter jets at Jordan’s request. Some 300 US troops have been in Jordan since last year.

END_OF_DOCUMENT_TOKEN_TO_BE_REPLACED

WASHINGTON – In addition to the choice of a moderate to become Iran’s new president and plans to send some 4,000 troops from the Iranian Revolutionary Guard Corps to Syria, the regime, along with its Lebanese proxy, Hezbollah, intends to open a new “Syrian Front” on the Golan Heights against Israel, Iranian sources said in a report in Joseph Farah’s G2 Bulletin.

The United States, meantime, has announced some kind of weapons support for the Syrian rebels, which analysts believe is too little, too late.

The analysts say it won’t be fast enough as Iran and Hezbollah plan their next military move to take over the strategic Syrian city of Aleppo, a move that could prove decisive in the civil war against the embattled regime of Syrian President Bashar al-Assad.

END_OF_DOCUMENT_TOKEN_TO_BE_REPLACED

President Obama did not rule out sending U.S. troops to Syria on Friday but said he did “not foresee” such a scenario if his administration confirms that Bashar Assad’s regime has used chemical weapons.

“As a general rule, I don’t rule things out as commander-in-chief, because circumstances change. You want to make sure I always have the full power of the United States at our disposal to meet American national security interests,” Obama said during a press conference in Costa Rica. “Having said that, I do not foresee a scenario in which American boots on the ground in Syria would not only be good for America but also be good for Syria.”

He said the regional leaders who want to see Assad gone “agree with that assessment.”

The president added that if his administration confirms that Assad’s regime crossed his “red line” by using chemical weapons, he would take the case for action to the United Nations.