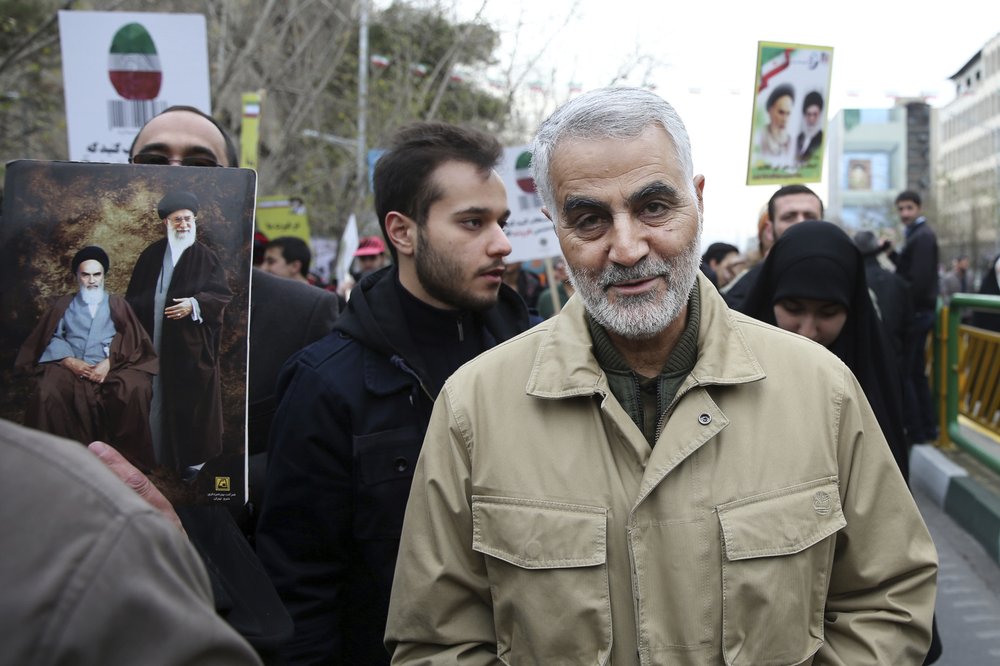 FILE – In this Thursday, Feb. 11, 2016, file photo, Qassem Soleimani, commander of Iran’s Quds Force, attends an annual rally commemorating the anniversary of the 1979 Islamic revolution, in Tehran, Iran. The U.S. airstrike that killed a prominent Iranian general in Baghdad raises tensions even higher between Tehran and Washington after months of trading attacks and threats across the wider Middle East. (AP Photo/Ebrahim Noroozi, File)