Infowars has been receiving a torrent of complaints regarding the illegal, unconstitutional checkpoints being conducted by the Texas Department of Public Safety (DPS) along the South Texas border in what the DPS calls an attempt to confirm drivers are “complying with license, insurance and vehicle safety regulations.”

DPS says 15 percent of all “no driver license” citations have been issued in the same three counties, Cameron, Hidalgo and Willacy, which are all located in the Rio Grande Valley.

The checkpoints, which have been in effect since Sept. 15, have caused outraged citizens to set up Facebook pages warning the public of the time and location of the illegal checkpoints. One complaint submitted anonymously told Infowars, “People are scared to go into the streets and businesses are deserted.”

According to ThinkProgress.org, immigrant advocates are alleging that DPS is using the traffic checkpoints as a way to crack down on illegal immigration.

END_OF_DOCUMENT_TOKEN_TO_BE_REPLACED 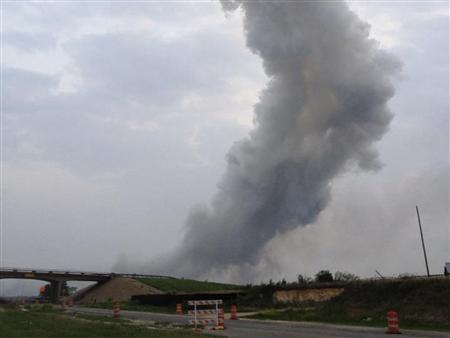 (Reuters) – Hundreds of people were likely injured in a fiery explosion on Wednesday night at a fertilizer plant near Waco, Texas, that damaged or destroyed numerous buildings including a nursing home, authorities said.

A spokesman for the Texas Department of Public Safety, D.L. Wilson, told Reuters the blast had probably caused “hundreds of casualties” and damaged many homes.

He added that a nearby nursing home collapsed from the explosion and that people were believed trapped inside.

A Reuters reporter observed that a middle school and several homes in the area appeared to have been severely burned.

More than 100 people injured in the blast and fire were being taken to Hillcrest Baptist Medical Center in Waco, said vice president of hospital operations David Argueta.

Hillcrest CEO Glenn Robinson told CNN that the hospital was seeing “everything from orthopedic injuries to patients that are experiencing serious blood loss.”

(The story corrects byline to Regina Dennis, instead of Regina Davis)