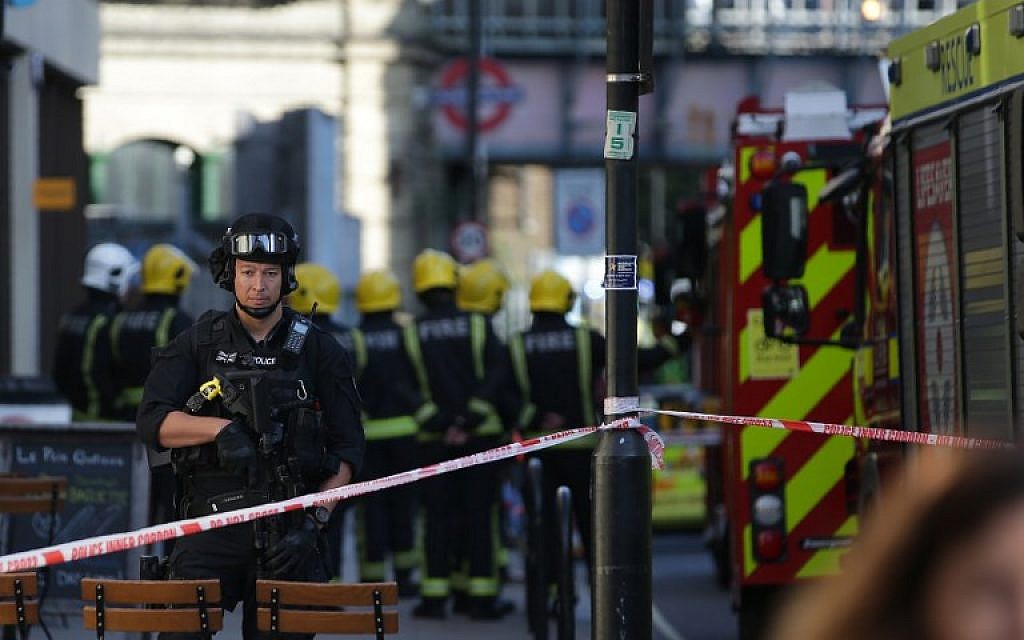 END_OF_DOCUMENT_TOKEN_TO_BE_REPLACED

French special forces take position in the surroundings of the Splendid hotel following an attack by al-Qaeda linked gunmen on January 16, 2016 in Ouagadougou. (AFP/OUOBA_AHMED)

END_OF_DOCUMENT_TOKEN_TO_BE_REPLACED

Migrants break the police blockade to enter into Macedonia from Greece, on the border line between the two countries, near the southern Macedonia’s town of Gevgelija on Aug. 22.     Photo: AP

END_OF_DOCUMENT_TOKEN_TO_BE_REPLACED

In this courtroom sketch, Jonas M. Edmonds, left, and Hasan R. Edmonds, right, stand in front of an FBI agent as they appear at a hearing at federal court in Chicago, Thursday, March 26, 2015, following their arrests Wednesday on charges of conspiring with the Islamic State group. Hasan Edmonds, an Illinois Army National Guard soldier, and his cousin, Jonas Edmonds, are both U.S. citizens from the Chicago suburb of Aurora. (AP Photo/Tom Gianni)

END_OF_DOCUMENT_TOKEN_TO_BE_REPLACED

Security personnel at the site where a Palestinian man stabbed a soldier in Tel Aviv in a terror attack on November 10, 2014. (photo credit: Flash90)

END_OF_DOCUMENT_TOKEN_TO_BE_REPLACED

30-year-old officer in moderate condition after attack next to West Bank settlement of Adam; police searching for suspect

END_OF_DOCUMENT_TOKEN_TO_BE_REPLACED

Zubeidat K. Tsarnaeva, the mother of Boston bombing suspects Dzhokar and Tamerlan Tsarnaev, said Friday that her eldest son Tamerlan was under the control of the FBI.

“He was controlled by the FBI, like for three, five years,” she told Russia Today during an interview. ”They knew what my son was doing, they knew what actions and what sites on the Internet he was going [to], they used to come…and talk to me…they were telling me that he was really a serious leader and they were afraid of him.”

“How could this happen?…They were controlling every step of him, and they are telling today that this is a terrorist attack,” she added.

The FBI is notorious for recruiting and framing terrorist patsies. A report compiled by Mother Jones and the Investigative Reporting Program at the University of California-Berkley found that of the 158 prosecutions carried out on terrorism charges since 9/11, 49 defendants participated in plots that were arranged by FBI agent provocateurs.

“They’re creating crimes to solve crimes so they can claim a victory in the war on terror,” explained Martin Stolar, a lawyer who represented a suspect involved in a New York City bombing plot contrived by FBI agents.

According to Business Insider, the FBI will soon make public its relationship with Tsarnaeva. A spokesperson would not confirm or deny that the agency had any previous contact.

On Friday afternoon, however, Mother Jones reported the FBI has already admitted they interviewed Tsarnaev two years ago, according to CBS News. “The agency conducted the interview at the request of a so-far unnamed foreign government, CBS says, to see if the elder Tsarnaev had any extremist ties — but their search turned up none,” writes Hannah Levintova.