Referred from: Brett in Seattle, Washington

END_OF_DOCUMENT_TOKEN_TO_BE_REPLACED

High winds, choppy waves and water splashing onto the eastbound side of the Interstate 90 bridge slowed traffic to a crawl this morning. (Photo by Marcus Yam / The Seattle Times)

END_OF_DOCUMENT_TOKEN_TO_BE_REPLACED

(AP) – A United Airlines 737 flying from Seattle to Houston made an emergency landing in Idaho after one of its two engines apparently shut down.

The airline said the plane’s 116 passengers were waiting at the terminal for a replacement airplane to arrive, which was expected to happen Tuesday morning. The plane also had six crew members.

Pocatello airport manager David Allen tells KPVI-TV that an engine on the airplane shut down and Pocatello was the closest suitable airport to make an emergency landing.

United Airlines spokeswoman Jennifer Dohm sent an email to The Associated Press saying the plane was diverted to Pocatello due to “an issue with an engine” that maintenance workers were reviewing. 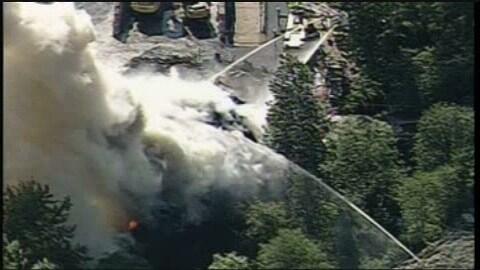 UPDATE: 5:36 | KING5 is reporting that the fire is now smoldering.

ORIGINAL POST | Five Seattle firefighter crews and engines are responding to a fire at a recycling center at 188th Avenue Northeast and Northeast 84th Street in Redmond.

They’re assisting Redmond firefighting teams, as part of a mutual aid agreement, per a SFD tweet.

More details will be added to this post as they become available.

Prosecutors say the Nevada man arrested near the University of Washington campus with weapons and explosives also had anti-government propaganda and directions to three Seattle colleges.

King County Judge Arthur R. Chapman said at a Friday bail hearing that he considered Jasper a flight risk and a threat, according to The Associated Press.

Montana authorities said Jasper had stolen a pickup truck and several firearms from a truck driver who gave him a place to stay in Butte for the last month, the AP reported.

END_OF_DOCUMENT_TOKEN_TO_BE_REPLACED

The violence that has been threatened for years by homosexuals who are intolerant of those who espouse an opposing world view turned real at a “gay pride” event recently in Seattle, where authorities arrested two men for attacking a preacher.

According to the Twitchy site, the two men arrested included Jason Qeuree, who reportedly has been arrested more than two dozen times since 1995.

A video from KOMO Television in Seattle reveals that the preachers were carrying signs stating, “Repent or else” and “Jesus saves from Sin.”

The free expression was too much for the homosexual event’s crowd. A group of girls tried to grab one preacher’s sign away from him. Then he is slammed from behind, allegedly by Qeuree, and repeatedly punched.