Train guards gather at the site of an elevated commuter train known as Metro Rail Transit or MRT after it overshot its tracks and derailed at the end station Wednesday, Aug. 13, 2014, injuring dozens in suburban Pasay city south of Manila, Philippines. Senior Superintendent Florencio Ortilla, who heads the Pasay city police, said the train toppled concrete posts, spraying debris and damaging cars in the crowded intersection. Hernando Cabrera, spokesman of the agency that operates the train system, said the train had a “technical problem” and was being pushed by another when it became detached and rolled into the concrete barrier at the final station on the line. Photo: Bullit Marquez, AP

END_OF_DOCUMENT_TOKEN_TO_BE_REPLACED 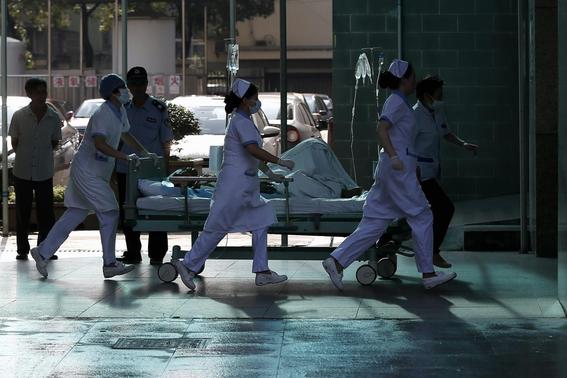 Medical personnel transport a victim of a factory explosion, at a hospital in Kunshan, Jiangsu province, August 2, 2014. An explosion killed at least 65 people and injured more than 120 at a factory in China that makes wheels for U.S. carmakers, including General Motors, state media said, as the country suffered its worst industrial accident in a year. REUTERS-Aly Song