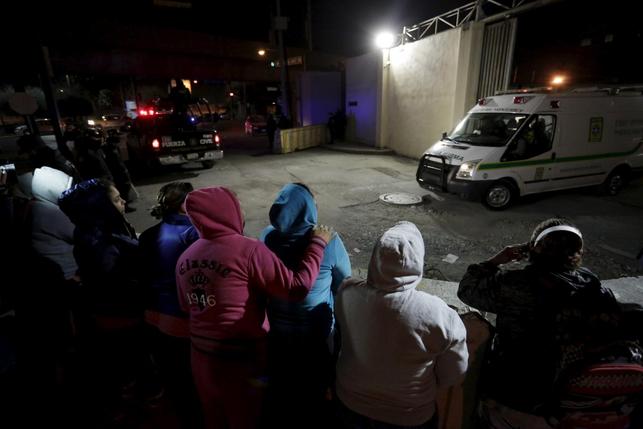 END_OF_DOCUMENT_TOKEN_TO_BE_REPLACED

Horrible: Curtez Graham, 18, raped a 65-year-old woman as revenge after he was sent to prison for twice burglarizing her home

END_OF_DOCUMENT_TOKEN_TO_BE_REPLACED

Saeed Abedini with his family before his arrest (photo credit: courtesy ACLJ)

With an interim nuclear deal on the horizon, one pastor’s fate is at the center of calls to keep relations with Tehran cool

END_OF_DOCUMENT_TOKEN_TO_BE_REPLACED

A Kuwaiti court has sentenced a woman teacher to a total of 11 years in jail for insulting the emir, inciting regime change and insulting a religious sect via Twitter.

By Reuters
Huda al-Ajmi, 37, is the first woman known to have been convicted for criticising the US-allied Gulf Arab state’s ruler, described as “immune and inviolable” in the constitution.

Kuwait has penalised several Twitter users in recent months for slurs against the emir, Sheikh Sabah al-Ahmad al-Sabah. The political trials have drawn rebuke abroad and anger at home.

Court sources said Ajmi was given two consecutive five-year terms for insulting the emir and one year for insulting an unspecified religious sect. “This is the highest sentence of its kind in these kinds of cases,” one source said.

Ajmi has not yet been taken into custody and can appeal the sentences, the sources said. It is rare for a woman to serve jail time for political crimes in Kuwait, which allows more freedom of speech than some other Gulf Arab states.

The United States has called on Kuwait to respect freedom of expression.

At least 13 people are dead after a battle broke out between prisoners at a jail in the central Mexican state of San Luis Potosi.

A group of inmates used homemade knives and picks to attack rivals at the La Pila prison, the state attorney general’s office was quoted as saying.

Authorities took several hours to bring the fighting under control.

Dozens of people were injured – some seriously – in the fighting that broke out at La Pila, situated in the state capital, early on Saturday morning, officials said.

The authorities in the northern state of San Luis Potosi have begun to name the dead and warned concerned families waiting for news that the number of fatalities may rise.

Violence began when a group of prisoners took action after being harassed by other inmates, news agency AP quoted the state attorney general’s office as saying.

Human rights groups say the penal system suffers from chronic overcrowding and is in urgent need of an overhaul.

Despite assertions that the prison system would be reformed after the last major incident, in which 44 inmates were killed, there have been no tangible improvements, neither during the final year of the previous administration nor in the first six months of President Enrique Pena Nieto’s government, says the BBC’s Will Grant in Mexico City.