END_OF_DOCUMENT_TOKEN_TO_BE_REPLACED

Is this just another step closer to the “Mark of the Beast”?  Data collection on every American and legal immigrant.  Social security numbers, biometrics, health information and everything else the government can collect.  With the scan of a card the government will know everything about you.  Hmmm……I wonder if all that data would fit into a microchip?

From massive NSA spying, to IRS targeting of the administration’s political opponents, to collection and sharing of our health care information as part of Obamacare, it seems every day we learn of another assault on our privacy. Sadly, this week the Senate took another significant, if little-noticed, step toward creating an authoritarian surveillance state. Buried in the immigration bill is a national identification system called mandatory E-Verify.

The Senate did not spend much time discussing E-Verify, and what little discussion took place was mostly bipartisan praise for its effectiveness as a tool for preventing illegal immigrants from obtaining employment. It is a tragedy that mandatory E-Verify is not receiving more attention, as it will impact nearly every American’s privacy and liberty.

END_OF_DOCUMENT_TOKEN_TO_BE_REPLACED 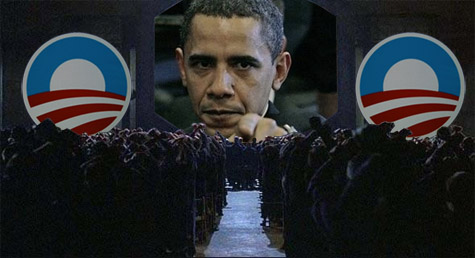 I’ve never been much of a fan of the USA Patriot Act. I thought it was passed too hastily in the wake of the 9/11 attacks without much real debate or consideration among Congress and their voting constituents. I thought it created a bureaucracy (The Department of Homeland Security) that would become far too large and far too powerful (it has). I thought its provisions were onerous (they are) and extremely subjective and, therefore, lent themselves to abuse (as has happened). Worse, I knew once this massive new piece of legislation was signed into law the huge new security bureaucracy it created would forever haunt and torment Americans. That day, too, has come.

One person who agrees is Glenn Greenwald, the U.S. bureau chief for Britain’s The Guardian newspaper, which broke the NSA spy scandal story in early June after being contacted by agency whistleblower Edward Snowden.

Say what you will about his overall political bent – I’m not so much a fan of it – he at least has been consistent in his criticism of the Patriot Act and U.S. government spying in general. He didn’t much care for it when it was occurring during President George W. Bush’s tenure and he is just as upset about it now that it is occurring – albeit on a much larger scale – now, under Obama.

Looking the other way, in the name of rank partisanship

That’s more than you can say for most of the rest of the mainstream media, and their ideological soul mates in the Democrat Party, and that is something Greenwald is taking note of among his traditionally left-wing media pals, according to Breitbart News‘ John Nolte.

Per the Business Insider, which interviewed Greenwald after his NSA story broke:

Greenwald told Business Insider late Tuesday night that he thinks some left-leaning members of the media – such as Time magazine’s Joe Klein and The New Yorker‘s Jeffrey Toobin – have shifted stances on surveillance and civil liberties for “principle-free, hackish, and opportunistic” reasons.

“I’m not surprised,” Greenwald said in an email. “I’ve been amazed and disappointed for a long time at how the most slavishly partisan media Democrats who pretended to care so much about these issues when doing so helped undermine George Bush are now the loudest apologists and cheerleaders for these very same policies. …

“To call them principle-free, hackish, and opportunistic is to be overly generous.”

As Nolte points out, Greenwald is what you would call a traditional left-wing, pro-civil rights liberal, not someone who is wedded to partisanship and who would defend his or her party’s president if they were caught on camera robbing a bank at gunpoint.

“And while the media’s mercenary double standard is most apparent with these surveillance scandals, we see it in almost everything else-including Obama’s failed economy, the Benghazi scandal, and the media forgiving/ignoring/downplaying an administration guilty of lying to them on a regular basis,” writes Nolte. “Greenwald is wrong about almost everything, but unlike his colleagues, he is at least no lapdog.”

By the same token, we see a very bipartisan coalition of lawmakers – Democrats and Republicans – who are defending NSA snooping in general as somehow legal and acceptable, despite the Constitution’s very plain, simple and easy-to-understand prohibitions against warrantless searching and seizing of Americans’ private data. It’s easy to understand why – since both Bush and Obama are guilty. But what lawmakers should be defending is the Constitution, not their own political power.

One lawmaker who is not happy about the NSA’s activities is Sen. Rand Paul, R-Ky.

Paul has vowed to challenge the NSA’s domestic spying, all the way to the U.S. Supreme Court.