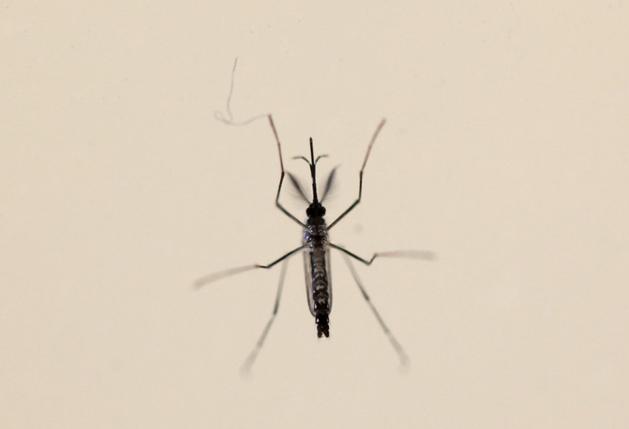 An Aedes aegypti mosquito is seen at the Laboratory of Entomology and Ecology of the Dengue Branch of the U.S. Centers for Disease Control and Prevention in San Juan, Puerto Rico, in this March 6, 2016 file photo. Reuters/Alvin Baez/Files

END_OF_DOCUMENT_TOKEN_TO_BE_REPLACED

Aedes aegypti mosquitoes sit in a petri dish at the Fiocruz institute in Recife, Pernambuco state, Brazil, Wednesday, Jan. 27, 2016. The mosquito is a vector for the proliferation of the Zika virus currently spreading throughout Latin America. New figures from Brazil’s Health Ministry show that the Zika virus outbreak has not caused as many confirmed cases of a rare brain defect as first feared. (AP Photo/Felipe Dana)

END_OF_DOCUMENT_TOKEN_TO_BE_REPLACED

TEGUCIGALPA, Honduras — Honduras’ government has declared a state of emergency due to a dengue fever outbreak that has killed 16 people and sickened 12,000.

Health Minister Salvador Pineda says Tuesday’s decree means the government is making it a priority to prevent and control the disease and fight the mosquitoes that spread it.

Pineda says more than half of Honduras’ municipalities have registered dengue fever cases.

Authorities say two Hondurans died last year from the disease and there were no deaths registered in 2011. But the country’s worst dengue fever outbreak in recent years was in 2010, when 83 people died and more than 66,000 had the illness.