A US Navy F-35 fighter jet during a test flight (photo credit: US Navy/Wikimedia Commons)

$2.82-billion deal allows for the purchase of a further 17 planes and includes integration of weapons, avionics

END_OF_DOCUMENT_TOKEN_TO_BE_REPLACED

Two US F-15C’s flank a Canadian F-18 as they take part in a flypast over the NATO summit at the Celtic Manor Resort in Newport, South Wales, on September 5, 2014. (AFP Photo/Carl Court)

END_OF_DOCUMENT_TOKEN_TO_BE_REPLACED 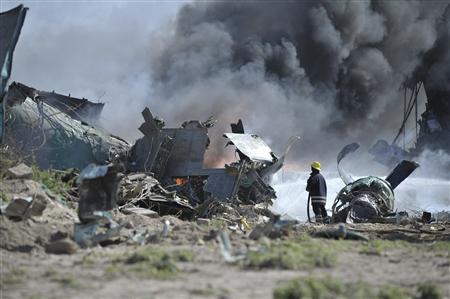