LA police arrest a 60-year-old man suspected of shooting his ailing wife, then killing his comatose sister in a nursing home.

END_OF_DOCUMENT_TOKEN_TO_BE_REPLACED

Two men were wounded in a shooting outside a Hollywood Boulevard night club early Friday, Nov. 1, 2013, and one suspect has been arrested, police said.

END_OF_DOCUMENT_TOKEN_TO_BE_REPLACED 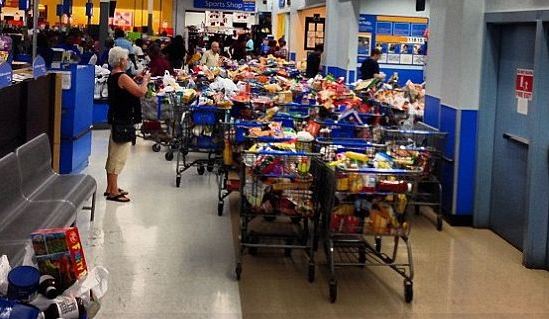 END_OF_DOCUMENT_TOKEN_TO_BE_REPLACED

Firefighters and police inspect the charred wreckage of a car crash in Burbank on Saturday, Sept, 28, 2013. On Scene

A fiery crash in Burbank left at least five people dead Saturday morning when a car burst into flames and trapped those inside, police said.

One woman was transported to Los Angeles County USC Medical Center, but at least five others were pronounced dead on the scene, police said.

Video from the scene showed firefighters surrounding the charred car.

Police did not know the ages of the victims.

As fears of terrorist plots, earthquakes and doomsday predictions rock the American psyche, a Southern California company is building luxury survivalist bunkers complete with wide-screen TVs, plumbing, and bunk-beds. They start at about $65,000 (£42,000) and that doesn’t include the cost of digging a big enough hole.

Ron Hubbard, founder of Atlas Survival Shelters (no relation to the founder of the Church of Scientology L. Ron Hubbard) gives a tour of his luxury shelter designed to withstand a catastrophe for up to 90 days.

Speaking from his warehouse near Los Angeles, Mr Hubbard insists he is not “fear mongering.”

He earns a living providing luxury survival bunkers to ‘survivalists’, a group of people who believe they are in danger from a terrorist attack, economic meltdown, and even solar flares or meteor showers.

Unlike Cold War-era shelters, Atlas shelters are half the length of a basketball court and 10 feet wide. Each one has a master bedroom, dining area and a sofa facing a 47-inch flat screen TV.

Mr Hubbard says his phone rang constantly last December as people attempted to prepare for the end of the world that never came. The 5,125-year cycle in the Mayan calendar passed by, without disaster. The annual celestial treat of the Perseid meteorssoaring through the sky last month resulted in another spike in business, with customers looking for a way to stay safe in case one hit Earth.

The home was located at 519 South Humphreys Ave. A local fire engine company was driving in the area when a call came in about a home starting to collapse. Those firefighters rushed to the scene.

An urban search and rescue team was called in to see if anyone was trapped inside. Part of the team included highly trained dogs that can smell people trapped under rubble.

Neighbors say the house was abandoned and should have been empty.