Radioactivity levels in a well near a storage tank at the Fukushima nuclear power plant in Japan have risen immensely on Thursday, the plant’s operator has reported.

Officials of the Tokyo Electric Power Company (TEPCO) said on Friday they detected 400,000 becquerels per liter of beta ray-emitting radioactive substances – including strontium – at the site, a level 6,500 times higher than readings taken on Wednesday, NHK World reported.

The storage tank leaked over 300 tons of contaminated water in August, some of which is believed to have found its way into the sea through a ditch.

The well in question is about 10 meters from the tank and was dug to gauge leakage.

TEPCO said the findings show that radioactive substances like strontium have reached the groundwater. High levels of tritium, which transfers much easier in water than strontium, had already been detected.

Officials at TEPCO said they will remove any contaminated soil around the storage tank in an effort to monitor radioactivity levels of the water around the well.

The news comes after it has been reported a powerful typhoon which swept through Japan led to highly radioactive water near the crippled nuclear power plant being released into a nearby drainage ditch, increasing the risk of it flowing into the sea.

On Wednesday TEPCO said it had detected high levels of radiation in a ditch leading to the Pacific Ocean, and that it suspected heavy rains had lifted contaminated soil.

Japan’s nuclear watchdog has now declared the leak of radioactive water from Fukushima a “state of emergency.” Each day, 300 tons of radioactive water seeps into the ocean, and it’s now clear that TEPCO has engage in a two-and-a-half-year cover-up of immense magnitude.

“I believe it’s been leaking into the ocean from the start of the crisis two-and-a-half years ago,” disclosed a 12-year TEPCO veteran named Suzuki-san (SOURCE)

“There are still reactor buildings we haven’t gotten into yet,” said another worker named Fujimoto-san. “So there’s always the possibility of another explosion…”

END_OF_DOCUMENT_TOKEN_TO_BE_REPLACED 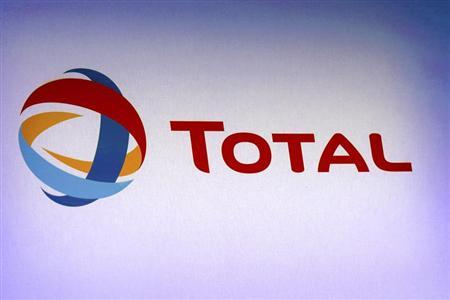 The logo of French oil company Total is pictured during the company’s 2012 annual result presentation in Paris February 13, 2013. REUTERS/Philippe Wojazer

(Reuters) – A leak of toxic gas from a Total oil refinery in northwestern France in the early hours of Thursday caused the plant to be briefly evacuated, disrupted local train services and injured one worker, Total said.

The company said a leak in the alkylation unit, which produces high-octane gasoline ingredients, had been repaired and the refinery, in the town of Donges, was operating normally again a few hours after the incident.

“There is no risk for the local population or environment,” Total said in a statement.

A spokeswoman added the leak had not affected production at the 230,000 barrel per day refinery.

Total’s 2012 annual report showed that if the number of recorded incidents per million hours worked fell in the last three years, the incident severity rate rose last year, while still within the range seen over the last six years.