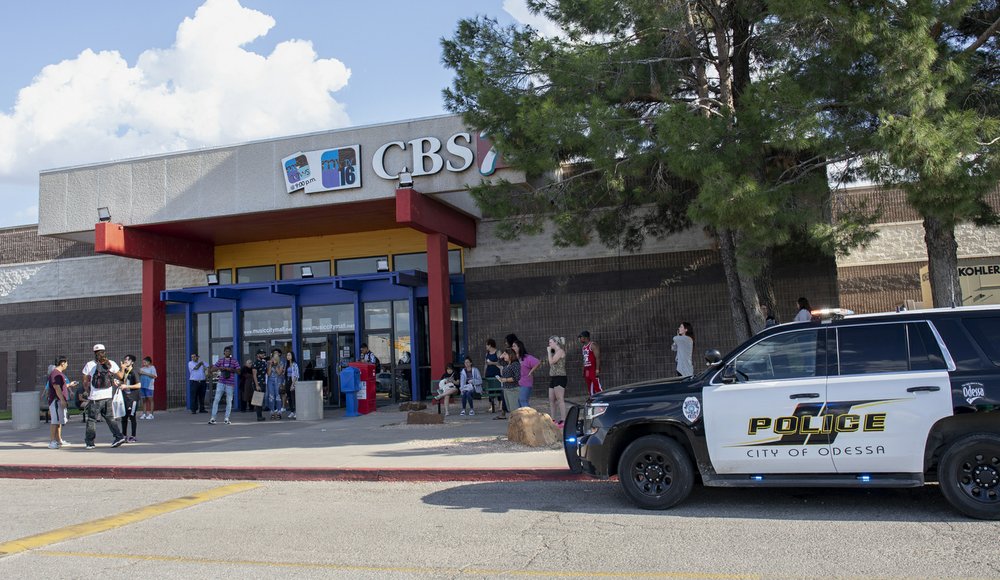 Odessa police officers park their vehicle outside Music City Mall in Odessa, Texas, Saturday, Aug. 31, 2019, as they investigate areas following a deadly shooting in the area of Odessa and Midland. Several people were dead after a gunman who hijacked a postal service vehicle in West Texas shot more than 20 people, authorities said Saturday. The gunman was killed and a few law enforcement officers were among the injured. (Jacy Lewis/Reporter-Telegram via AP)