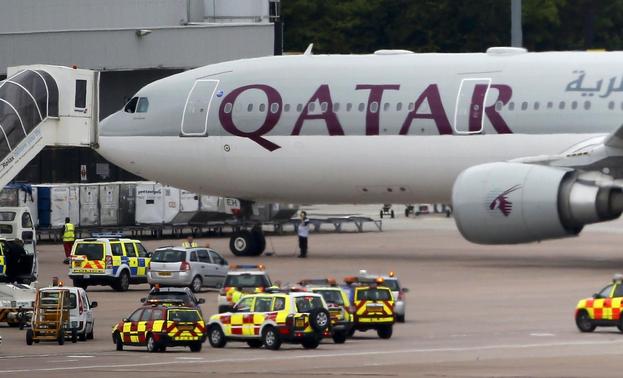 (Reuters) – A British fighter jet escorted a Qatar Airways passenger plane into Manchester airport on Tuesday after the pilot reported that a suspect device was possibly on board, police said.

A Reuters photographer said armed police had removed a man from the aircraft in connection with the incident.

Manchester Airport was closed for 25 minutes before re-opening, an airport spokesman said.

END_OF_DOCUMENT_TOKEN_TO_BE_REPLACED

October 3, 2013: SkyForce10 over the scene of a school bus accident at the intersection of Unruh and Algon Streets in NE Philadelphia.

A school bus and car collided in Northeast Philadelphia this afternoon.

There were students aboard the bus. They were not injured.

The accident happened shortly after 5 p.m. at the intersection of Unruh and Algon Streets.