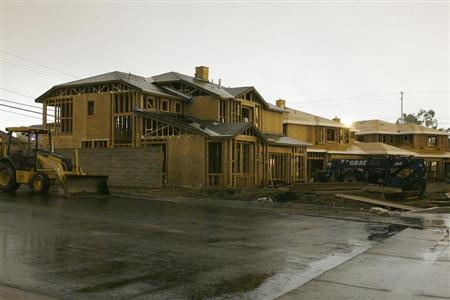 Houses under construction are seen in Fontana in San Bernardino County, California, in this February 5, 2009 file photograph. REUTERS/Mario Anzuoni/Files

END_OF_DOCUMENT_TOKEN_TO_BE_REPLACED

(TWC) When Superstorm Sandy slammed into New York and New Jersey last fall, it sent massive floods through the streets of coastal towns and cities across the Northeast, turning areas like Toms River, N.J., into something like a war zone.

But nearly a year later, residents there and in many other coastal communities across the U.S. face a potentially far more devastating menace: a nationwide revamp of flood insurance rates, forcing premiums that were once around $500 per year into the $5,000-, $10,000- and even $20,000-a-year range and higher.

“The adverse effect of [this] would be more devastating than Hurricane Katrina,” Louisiana Insurance Commissioner Jim Donelon said in an interview with weather.com, noting the crippling economic damage the historic 2005 storm left behind on the Gulf coast. “Because it will render literally thousands of properties in my state worthless.”