END_OF_DOCUMENT_TOKEN_TO_BE_REPLACED

An elderly Latvian takes part in a ceremony to honor soldiers who fought in a Waffen SS unit during World War II, in Riga, Latvia, last year. (AP/Roman Koksarov)

END_OF_DOCUMENT_TOKEN_TO_BE_REPLACED

Israelis stand next to their cars at the entrance to the city of Jerusalem, as a two minute siren marking Holocaust Remembrance Day is sounded across Israel, April 28, 2014. (photo credit: Yonatan Sindel/Flash90)

END_OF_DOCUMENT_TOKEN_TO_BE_REPLACED 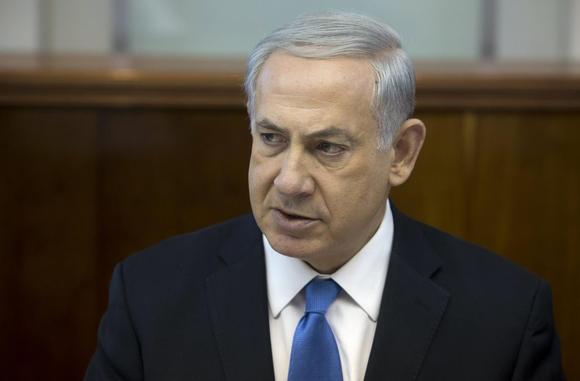 END_OF_DOCUMENT_TOKEN_TO_BE_REPLACED

What the new President Hassan Rouhani of Iran is saying in this article is a “crock”.  He says that what the Nazis did to the Jews and non-Jews is reprehensible and condemnable.   He goes on to say: “Whatever crimes they committed against the Jews, we condemn. The taking of human life is contemptible: it makes no difference whether that life is a Jewish life, Christian or Muslim. For us, it is the same. The taking of human life is something our religion rejects.”

What?!  Something that their religion rejects!  Are you kidding me?!  It is exactly what their religion promotes and encourages.  As a matter of fact, the Quran commands the followers of Muhammad (Islam) to kill, torture and maim anyone (especially Jews and Christians) who disbelieves in Allah (including other Muslims who are not following these commands).

Islam is the religion of killing, murdering, death, torture, crime, violence, sodomy, pedophilia, lust, evil, hate, chaos, war, jihad, disrespect, lying, cheating and stealing.  If you compare Islam to Satan, they almost seem like they are one and the same.  What does it take for the world to wake up from their sleep and to see the truth?

Let us not forget what Jesus told us:

Matthew 7:15    You Will Know Them by Their Fruits

15 “Beware of false prophets, who come to you in sheep’s clothing, but inwardly they are ravenous wolves.”

Do you trust this man?

Iran’s new president denounced Nazi crimes “against the Jews” yesterday and offered “peace and friendship” to Americans as he sought to recast his country’s image.

Hassan Rouhani’s charm offensive at the United Nations General Assembly in New York continued with a CNN interview designed to bury the impression created by his predecessor, Mahmoud Ahmadinejad, who described the Holocaust as a “myth”.

Mr Rouhani could not bring himself explicitly to acknowledge the historical truth of the deaths of six million Jews. “I am not a historian,” he said. “When it comes to speaking of the dimensions of the Holocaust, it is the historians that should reflect on it.”

He added: “But in general I can tell you that any crime that happens in history against humanity, including the crime the Nazis committed towards the Jews, as well as non-Jewish people, is reprehensible and condemnable as far as we are concerned.”

END_OF_DOCUMENT_TOKEN_TO_BE_REPLACED

“I love the smell of blood on the snow,” Slovenian rocker Peter Mlakar revealed to Charles Krafft in 1998. “If I could bottle that scent, I’d create a new fragrance for the 21st century and call it forgiveness.”

Krafft wasn’t offended by Mlakar’s flippant dismissal of bloodshed as they gazed at the bombed out ruins of an Olympic village from the recent Balkan war. In fact, it merely inspired him for yet another series of Nazi- and genocide-themed art he’s been producing for years.

Seattle’s “bad-boy” artist, Krafft was slow but just beginning to achieve recognition in the art world after years of labor as a self-taught and meandering artist. During a trip to Eastern Europe (1995) with members of industrial rock band Laibach and Slovenian art collective NSK, Krafft met with black market arms dealers and picked up a few Kalashnikovs and AK-47s.

END_OF_DOCUMENT_TOKEN_TO_BE_REPLACED Gordon’s Commentary:  While many in the world today deny the Holocaust of WWII, not only did it happen, but it happened to a degree which was much worse then previously thought.  We need not forget the horrific tragedy which occurred.  God’s choosen people have been persecuted for two mellennium.  The enemy shall soon, once again, gather against the Jewish Nation.

A group of Jewish women at the entrance to the Brody ghetto in Eastern Galicia, 1942. The sign is written in German, Ukrainian and Polish.   United States Holocaust Memorial Museum/Collection of Eugenia Hochberg Lanceter

The New York Times   Source: United States Holocaust Memorial Museum
What they have found so far has shocked even scholars steeped in the history of the Holocaust.

The researchers have cataloged some 42,500 Nazi ghettos and camps throughout Europe, spanning German-controlled areas from France to Russia and Germany itself, duringHitler’s reign of brutality from 1933 to 1945.

The figure is so staggering that even fellow Holocaust scholars had to make sure they had heard it correctly when the lead researchers previewed their findings at an academic forum in late January at the German Historical Institute in Washington.

“The numbers are so much higher than what we originally thought,” Hartmut Berghoff, director of the institute, said in an interview after learning of the new data.

“We knew before how horrible life in the camps and ghettos was,” he said, “but the numbers are unbelievable.”

The documented camps include not only “killing centers” but also thousands of forced labor camps, where prisoners manufactured war supplies; prisoner-of-war camps; sites euphemistically named “care” centers, where pregnant women were forced to have abortions or their babies were killed after birth; and brothels, where women were coerced into having sex with German military personnel.

Auschwitz and a handful of other concentration camps have come to symbolize the Nazi killing machine in the public consciousness. Likewise, the Nazi system for imprisoning Jewish families in hometown ghettos has become associated with a single site — the Warsaw Ghetto, famous for the 1943 uprising. But these sites, infamous though they are, represent only a minuscule fraction of the entire German network, the new research makes painfully clear.

The maps the researchers have created to identify the camps and ghettos turn wide sections of wartime Europe into black clusters of death, torture and slavery — centered in Germany and Poland, but reaching in all directions.

The lead editors on the project, Geoffrey Megargee and Martin Dean, estimate that 15 million to 20 million people died or were imprisoned in the sites that they have identified as part of a multivolume encyclopedia. (The Holocaust museum has published the first two, with five more planned by 2025.)

The existence of many individual camps and ghettos was previously known only on a fragmented, region-by-region basis. But the researchers, using data from some 400 contributors, have been documenting the entire scale for the first time, studying where they were located, how they were run, and what their purpose was.

The brutal experience of Henry Greenbaum, an 84-year-old Holocaust survivor who lives outside Washington, typifies the wide range of Nazi sites.

When Mr. Greenbaum, a volunteer at the Holocaust museum, tells visitors today about his wartime odyssey, listeners inevitably focus on his confinement of months at Auschwitz, the most notorious of all the camps.

But the images of the other camps where the Nazis imprisoned him are ingrained in his memory as deeply as the concentration camp number — A188991 — tattooed on his left forearm.

In an interview, he ticked off the locations in rapid fire, the details still vivid.

First came the Starachowice ghetto in his hometown in Poland, where the Germans herded his family and other local Jews in 1940, when he was just 12.

Next came a slave labor camp with six-foot-high fences outside the town, where he and a sister were moved while the rest of the family was sent to die at Treblinka. After his regular work shift at a factory, the Germans would force him and other prisoners to dig trenches that were used for dumping the bodies of victims. He was sent to Auschwitz, then removed to work at a chemical manufacturing plant in Poland known as Buna Monowitz, where he and some 50 other prisoners who had been held at the main camp at Auschwitz were taken to manufacture rubber and synthetic oil. And last was another slave labor camp at Flossenbürg, near the Czech border, where food was so scarce that the weight on his 5-foot-8-inch frame fell away to less than 100 pounds.

By the age of 17, Mr. Greenbaum had been enslaved in five camps in five years, and was on his way to a sixth, when American soldiers freed him in 1945. “Nobody even knows about these places,” Mr. Greenbaum said. “Everything should be documented. That’s very important. We try to tell the youngsters so that they know, and they’ll remember.”

The research could have legal implications as well by helping a small number of survivors document their continuing claims over unpaid insurance policies, looted property, seized land and other financial matters.

“HOW many claims have been rejected because the victims were in a camp that we didn’t even know about?” asked Sam Dubbin, a Florida lawyer who represents a group of survivors who are seeking to bring claims against European insurance companies.

Dr. Megargee, the lead researcher, said the project was changing the understanding among Holocaust scholars of how the camps and ghettos evolved.

As early as 1933, at the start of Hitler’s reign, the Third Reich established about 110 camps specifically designed to imprison some 10,000 political opponents and others, the researchers found. As Germany invaded and began occupying European neighbors, the use of camps and ghettos was expanded to confine and sometimes kill not only Jews but also homosexuals, Gypsies, Poles, Russians and many other ethnic groups in Eastern Europe. The camps and ghettos varied enormously in their mission, organization and size, depending on the Nazis’ needs, the researchers have found.

The biggest site identified is the infamous Warsaw Ghetto, which held about 500,000 people at its height. But as few as a dozen prisoners worked at one of the smallest camps, the München-Schwabing site in Germany. Small groups of prisoners were sent there from the Dachau concentration camp under armed guard. They were reportedly whipped and ordered to do manual labor at the home of a fervent Nazi patron known as “Sister Pia,” cleaning her house, tending her garden and even building children’s toys for her.

In Berlin alone, researchers have documented some 3,000 camps and so-called Jew houses, while Hamburg held 1,300 sites.

Dr. Dean, a co-researcher, said the findings left no doubt in his mind that many German citizens, despite the frequent claims of ignorance after the war, must have known about the widespread existence of the Nazi camps at the time.

“You literally could not go anywhere in Germany without running into forced labor camps, P.O.W. camps, concentration camps,” he said. “They were everywhere.”

Eric Lichtblau is a reporter for The New York Times in Washington and a visiting fellow at the United States Holocaust Memorial Museum.