The following video is a must see for everyone.  It is a history lesson regarding the true Islam, not only their history but their current and future intentions. Why have our institutions not told us these things, and why is it that we are afraid to face the truth?!

An elderly Latvian takes part in a ceremony to honor soldiers who fought in a Waffen SS unit during World War II, in Riga, Latvia, last year. (AP/Roman Koksarov)

END_OF_DOCUMENT_TOKEN_TO_BE_REPLACED 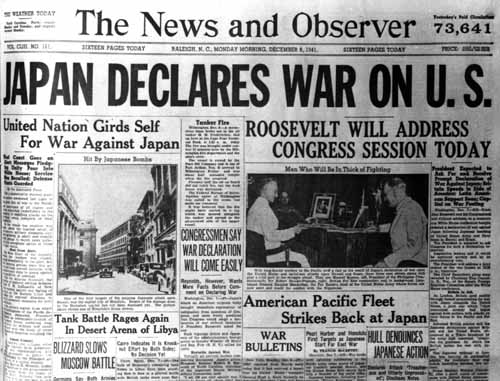 END_OF_DOCUMENT_TOKEN_TO_BE_REPLACED

Despite security scandals, court petitions and popular opposition, some Israelis can now receive a ‘super-safe’ ID card — or so they’ve been told

A sample ‘smart’ biometric ID card of the sort that will be issued to replace existing cards in the coming years (photo credit: Lior Mizrahi/Flash 90)

Nearly four years after the Knesset passed a law authorizing it, a public “beta test” of Israel’s biometric database system was launched on Monday.

Residents of the central Israeli town of Rishon Lezion were invited to trade in their current Israeli identity cards for a new “smart card” that will digitally encode not only their personal information, but also their fingerprints, photo, and facial profile (the contours and other details of the face). The government will study the results of the voluntary pilot program, searching out glitches and problems in the system before it becomes mandatory — according to plans, in two years.

END_OF_DOCUMENT_TOKEN_TO_BE_REPLACED

Twitter explodes during airing of latest episode of miniseries

President Barack Obama, already famous for having flies attracted to his face, is now the subject of devilish talk after Sunday night’s episode of “The Bible” miniseries on the History Channel, with big names such as Glenn Beck and Rush Limbaugh providing their thoughts.

Twitter exploded with comments from viewers who noticed an eerie similarity between the face of Mr. Obama and that of the Satan character, played by actor Mehdi Ouzaani.

Media giant Glenn Beck was among the first to make the connection, tweeting, “Anyone else think the Devil in #TheBible Sunday on History Channel looks exactly like That Guy?”

Beck refers to Obama as “that guy,” having vowed not to utter the name of the president in all of 2013.

Twitter user @Leah Christie, tweeted, “Oh my word…watching The History Channel’s The Bible…does Satan look familiar to anyone else?”

Rush Limbaugh held up a photo of the actor Monday afternoon on his famous “Dittocam” to show viewers that the Satan character was “a dead ringer” for Obama.

“Folks, it is uncanny,” Limbaugh noted, before quipping, “In light of that picture … the question that sprang to everybody’s mind is: if Satan had a son, would he look like the guy [in the White House]?”

“The Bible” is a collaboration between Mark Burnett and his wife, actress Roma Downey. Burnett has contributed to Democrat candidates, including Obama in 2008 and the DNC in 2009, while he also produces Donald Trump’s “Celebrity Apprentice” and was behind Sarah Palin’s first reality effort.

“This is utter nonsense,” Burnett and Downey said in a joint statement. “The actor who played Satan, Mehdi Ouzaani, is a highly acclaimed Moroccan actor. He has previously played parts in several biblical epics – including Satanic characters long before Barack Obama was elected as our president.”

Downey added, “Both Mark and I have nothing but respect and love our president, who is a fellow Christian. False statements such as these are just designed as a foolish distraction to try and discredit the beauty of the story of ‘The Bible.’”

The History Channel adds in a statement: “History Channel has the highest respect for President Obama. The series was produced with an international and diverse cast of respected actors. It’s unfortunate that anyone made this false connection. History’s ‘The Bible’ is meant to enlighten people on its rich stories and deep history.”

Burnett  told TMZ the devil has stirred the pot and created a false likeness between Obama and the TV devil.

Burnett believes the real devil is frightened that Jesus has now entered the picture of life and is trying to distract from God’s message by creating a false story.

“What could be more annoying to Satan than talking about Jesus?” Burnett told TMZ. He added he’s confident the real devil’s plan of distraction will not work, saying, “We believe in the light.”

This is not the first time some in the public have made a connection between evil in the Bible and President Obama.

On Nov. 5, 2008, the very night Obama was first elected president, the Illinois Pick 3 lottery number for the Evening Pick was 666, a number associated with “the beast” mentioned in the Book of Revelation. Obama’s home state at the time was Illinois.

In January of this year, WND reported how prophecy websites were having a field day with the worldwide attention Obama received for sparring with a fly.

Religious and other websites used the headlines to point out that a biblical reference for Satan, the Semitic deity Beelzebub, literally translates from Hebrew into “Lord of the Flies.”

As Obama nominated two new members of his second administration on Jan. 24, a swarming fly stole the show.

“This guy is bothering me here,” said Obama, who repeatedly swatted at a large black fly buzzing near his face.

The London Telegraph noted a White House pool report said “the president spoke for about five minutes while being menaced by a house fly.”

This was not the president’s first brush with a fly while the cameras were rolling.

In 2010, Obama halted a speech about health-care reform as a fly zipped around him.

During a June 2009 CNBC interview, Obama killed a fly on camera.

“Get out of here,” the president said with his eyes on the fly before the interview began. When the fly persisted, he killed it with a single blow.

“That was pretty impressive, wasn’t it?” said Obama of his feat. “I got the sucker.”

In a 2008 campaign appearance, Obama halted a local interview after a swarm of flies had gathered around him.

Those reaching to connect Obama’s fly troubles with the darkest biblical references won’t have much difficulty.

One name commonly used to refer to Satan is Beelzebub, which translates from Hebrew into “Lord of the Flies.”

A posting at the popular Free Republic Web forum discusses Beelzebub and asks, “Is the White House fly infestation evidence of demonic presence and influence there?”

The End Times blog named Obama the “Lord of the Flies.”

The blog connects Obama to Beelzebub, writing, “This really isn’t an academic question. The Lord of the Flies is real.”

Over at RevalationNow.net, a posting by “editorial staff” muses about whether Obama is possessed by a demonic entity.

“I feel like I am watching a horror movie and the secret evil character is revealed by the evil signs around him,” the post reads.

Beelzebub is first referenced in 2 Kings 1:2-3, 6, 16, in which Beelzebub is described as the god of the Philistine city of Ekron.

Jewish scholars have interpreted the title “Lord of Flies” as the Hebrew way of comparing followers of the Canaanite deity Baal to flies.

The name Beelzebub is found throughout the New Testament, mostly as a reference to the prince of demons.

Beelzebub also makes a cameo as the prince of demons in the Testament of Solomon, a Hellenistic Jewish text.