By Michael Snyder, on August 2nd, 2013 (The Economic Collapse)

Do you actually believe that the employment numbers are getting better?  Do you actually believe that there is a bright future ahead for American workers?  If so, then you really need to read this article.  The truth is that we are in the midst of the worst employment crisis since the Great Depression, and there has been absolutely no employment recovery.  In fact, the percentage of working age Americans that are employed is just about exactly where it was during the darkest days of the last recession.  But the mainstream media is not telling you this.  The mainstream media is instead focusing on the fact that the official “unemployment rate” declined from 7.6% in June to 7.4% in July.  That sounds like great news, but when you take a deeper look at the employment numbers some very disturbing trends emerge.

END_OF_DOCUMENT_TOKEN_TO_BE_REPLACED

Going Into The Great Depression

Look around and you can’t miss it.

The world is on the brink… politically, economically, financially, monetarily, and militarily.

Events are accelerating. Over the last decade trend forecaster Gerald Celente has been blaring the alarms.

If you’ve been paying attention, then you’ve heard them. You know we’re going under.

And this time they’re not going to be able to stop it.

It will be worse than the panic of ’08. It will be deeper. It will be more painful and there’s a reason why… because they will not be able to pull off the stimulus game again.

END_OF_DOCUMENT_TOKEN_TO_BE_REPLACED 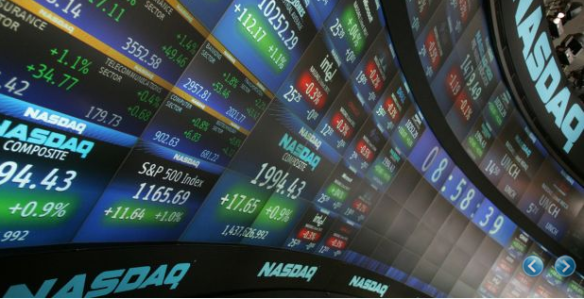 “The United States is like the Titanic, and I’m here with the lifeboat trying to get people to leave the ship… I see a real financial crisis coming for the United States.”

In 2006, when he faced off with many well known Titans of investing and warned of an impending financial disaster and economic collapse, Peter Schiff was laughed at by his colleagues. He urged Americans to exit financial markets and take steps to protect themselves before the wealth held in their savings accounts, retirement investments and real estate was wiped out.

We know what happened next.

Now, those same financial experts who publicly vilified Schiff for his predictions six years ago are at it again. Many, including our politicians, central bankers and leading economists, have unequivocally stated that the worst is behind us, and that a global recovery is on the horizon.

“I think we are heading for a worse economic crisis than we had in 2007,” Schiff said. “You’re going to have a collapse in the dollar…a huge spike in interest rates… and our whole economy, which is built on the foundation of cheap money, is going to topple when you pull the rug out from under it.”

Schiff says that, despite “phony” signs of an economic recovery, the cancer destroying America stems from a lethal concoction of our $16 trillion federal debt and the Fed’s never ending money printing.

According to Schiff, these numbers are unsustainable. And the Fed has no credible “exit strategy.”

Eventually interest rates will rise… and when they do, Schiff says, stocks will tank and bonds dip to nothing. Massive new tax hikes will be imposed and programs and entitlements will be cut to the bone.

“The crisis is imminent,” Schiff said. ”I don’t think Obama is going to finish his second term without the bottom dropping out. And stock market investors are oblivious to the problems.”

“We’re broke, Schiff added. ”We owe trillions. Look at our budget deficit; look at the debt to GDP ratio, the unfunded liabilities. If we were in the Eurozone, they would kick us out.”

“The Fed knows that the U.S. economy is not recovering,” he noted. “It simply is being kept from collapse by artificially low interest rates and quantitative easing. As that support goes, the economy will implode.”

A noted economist, Schiff has been a fierce critic of the Fed and its policies for years. And his warnings have proven to be prophetic.

His recent warnings, however, have been even more alarming. Will they also prove to be true?

In his most recent book, “The Real Crash” How to Save Yourself and Your Country“, Schiff writes that
when the “real crash” comes,” it will be worse than the Great Depression.

Unemployment will skyrocket, credit will dry up, and worse, the dollar will collapse completely, “wiping out all savings and sending consumer prices into the stratosphere.”

“All we can do now is prepare for the crash,” Schiff said. “If we brace ourselves properly and control the impact, we will survive it.”

We must understand that none of the fundamental problems leading up to the 2007/2008 financial crisis have been resolved.

If anything, it’s gotten worse.

Our politicians will not change, and therefore, will change nothing in Washington. Wall Street is as corrupt as ever. Our central bank continues to devalue our currency. There is no end in sight for these people. They will continue on this unsustainable path until we as a country finally hit the proverbial brick wall.

As Peter Schiff notes, the destruction to life as we know it in America and the world is imminent. It’s going to be severe.

A collapse happened in 2008, but THE collapse is still ahead.

The Federal Reserve plan to crash the economy and make room for world government and an authoritarian globalist economic and accompanying police state control system will necessitate a sufficient prerequisite – and that prerequisite may very well be a new war on the Korean peninsula.

It should be obvious by now that the Federal Reserve’s so-called quantitative easing – bankster shorthand for pumping fiat dollars into rigged financial markets by buying bonds, treasury bills, etc. – is creating a huge financial asset bubble that is going to burst with an ear-splitting boom… and soon.

If you’d like to get a handle on what Federal Reserve policy will ultimately mean, read David Stockman’s article published in the New York Times last Sunday.

Funny money cranked out by the Fed “has stayed trapped in the canyons of Wall Street, where it is inflating yet another unsustainable bubble,” Stockman writes. And when the Wall Street bubble “bursts, there will be no new round of bailouts like the ones the banks got in 2008. Instead, America will descend into an era of zero-sum austerity and virulent political conflict, extinguishing even today’s feeble remnants of economic growth.”

Economic depressions are highly scripted affairs and the banksters use them to initiate big wars – not only because wars are remarkably profitable for the military-industrial complex, but because they serve as an ideal tool for wealth consolidation and fire sales held in their aftermath. Big wars are also exploited to enforce rigid discipline on the masses. It gives the plebs an excuse to accept grinding poverty and servitude.

World War II followed the last Great Depression – directly caused by the Fed, as Helicopter Ben has admitted. Communism, as the late Antony C. Sutton has documented, was created and franchised by Wall Street. The arch globalist kingpin David Rockefeller has praised its ruthless effectiveness in China under the mega-mass murderer Mao.

“As the economic crisis escalates and the debt-based central banking system shows it can no longer re-inflate the bubble by creating assets out of thin air, an economic and political rationale for war is easy to come by,” writes Justin Raimondo.

“It is said that FDR’s New Deal didn’t get us out of the Great Depression, but World War II did,” Raimondo continues. “The truth is that, in wartime, when people are expected to sacrifice for the duration of the ‘emergency,’ economic problems are anesthetized out of existence by liberal doses of nationalist chest-beating and moral righteousness. Shortages and plunging living standards were masked by a wartime rationing system and greatly lowered expectations. And just as World War II inured us to the economic ravages wrought by our thieving elites, so World War III will provide plenty of cover for a virtual takeover of all industry by the government and the demonization of all political opposition as ‘terrorist.’”

It will also provide cover for the “global governance” scheme the globalists are itching to install.

Next Up: A New Korean War

It certainly looks like the elite are planning a war against North Korea. Consider the following remarkable events over the last few days (h/t to Moon of Alabama for contributing).

North Korea said on Tuesday that it would put all its nuclear facilities… to use in expanding its nuclear weapons arsenal, sharply raising the stakes in the escalating standoff with the United States and its allies.

The U.N. chief says he fears North Korea is on a collision course with other nations that could lead to war.

As analysts try to weigh the weight in North Korea’s military posturing, the U.S. has made a show of increasing its military hardware in South Korea.

The sea-based X-band radar is heading over from Pearl Harbor, a Pentagon official says. The John S. McCain guided missile destroyer is also being sent.

Defense Secretary Chuck Hagel said on Thursday that North Korea’s provocative actions and belligerent tone had “ratcheted up the danger” on the Korean peninsula, …

The U.S military says two nuclear-capable B-2 bombers have completed a training mission in South Korea …

The U.S. says the B-2 stealth bombers flew from a U.S. air base and dropped munitions on a South Korean island range before returning home.

The Unified Quest war game conducted this year by Army planners posited the collapse of a nuclear-armed, xenophobic, criminal family regime that had lorded over a closed society and inconveniently lost control over its nukes as it fell. Army leaders stayed mum about the model for the game, but all indications — and maps seen during the game at the Army War College — point to North Korea.

The U.S. Air Force is breaking out some of its heaviest hardware to send a message to North Korea.

A Pentagon spokesman said Monday that B-52 bombers are making flights over South Korea as part of military exercises this month.

South Korean and U.S. forces have been carrying out naval drills in seas around the peninsula with a nuclear attack submarine as part of their annual exercise, military sources said Wednesday, in a show of power against North Korea’s threat of nuclear attack.

Around 10,000 ROK troops and 3,000 US soldiers, including 2,500 reinforcements from US Pacific command in Hawaii, are taking part in the military exercise, which will continue through Mar. 21. Another 10,000 US soldiers will be deployed by the end of this month for the Foal Eagle exercises. Also flown in to participate in the exercises were B-52 bombers and F-22 stealth fighters, which boast the world’s highest levels of performance. These two kinds of aircraft can maneuver throughout Korean airspace without landing. In addition, the 9750t Aegis destroyers USS Lassen and USS Fitzgerald arrived in South Korea.

Marines from I Company, 3rd Battalion, 6th Marine Regiment, slog through wind and snow during a joint training exercise with Japanese troops at the Hokkaido-Dai Maneuver Area in northern Japan last week.

March 6, 2013 – S. Korea says it will strike against North’s top leadership if provoked

[T]he rhetoric sets up an especially tense period on the Korean Peninsula, with the U.S. and South Korean militaries planning joint training drills that the North considers a “dangerous nuclear war” maneuver, and with the U.N. Security Council deliberating new sanctions to limit Pyongyang’s weapons program.