END_OF_DOCUMENT_TOKEN_TO_BE_REPLACED

Dale Bolinger told police he believed the girl he was chatting to online was probably a man in his 30s.

END_OF_DOCUMENT_TOKEN_TO_BE_REPLACED 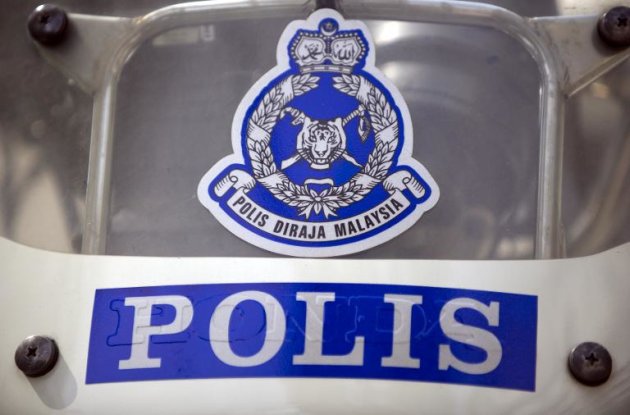 END_OF_DOCUMENT_TOKEN_TO_BE_REPLACED

John Dodrill was arrested after he pointed a gun at a girl who knocked on his door Sunday morning.   Riverside County Sheriff’s Department

John Dodrill, 59, greeted the visitor to his Temecula home by pointing a gun at her while she was selling cookies. The victim’s father called police and Dodrill was charged with assault with a deadly weapon.

Failed father: Chad Chritten, 42, was found guilty of starving and neglecting his daughter for a number of years until she escaped wearing only pajamas

Father found guilty of starving daughter, 16, down to 68lbs ‘while stepmother beat her and brother sexually assaulted her during six years she was imprisoned in the basement’

END_OF_DOCUMENT_TOKEN_TO_BE_REPLACED

Lincoln police are searching for 16-year-old Sarah Piccolo, who allegedly attacked another teen at their high school. Police provided no information about a possible reason for the attack.                               Police Handout/© Lincoln Police Department

END_OF_DOCUMENT_TOKEN_TO_BE_REPLACED

The child’s dad discovered her hanging in a closet at their home in Locust Grove Friday night. She was pronounced dead when she arrived at the hospital.

Ryan McVay/Getty Images
Police said they don’t suspect foul play was involved in the death of an 8-year-old girl found hanging in a closet.

The child’s father found her hanging in a closet of their house in Henry County, Ga., around 8 p.m., Locust Grove Police Department Chief Jesse Patton told the Atlanta Journal-Constitution.

He called 911 right away, police said, but the little girl was pronounced dead upon arrival at Henry County Hospital.

An autopsy will be performed on Monday, Patton said, but foul play is not suspected. No arrests have been made.

“The parents are distraught and we are giving them time to grieve, but we are continuing with an investigation,” he said.

Authorities have not released any names.

A five-year-old Pakistani girl was in critical condition on Saturday after being kidnapped and brutally raped in the eastern city of Lahore, police said.

LAHORE, Pakistan: A five-year-old Pakistani girl was in critical condition on Saturday after being kidnapped and brutally raped in the eastern city of Lahore, police said.

The girl was found outside a hospital at around 8pm (1500 GMT) on Friday, said Lahore police chief Chaudhry Shafiq, a day after she went missing from a low-income neighbourhood in the city.

“We suspect that unknown men kidnapped the girl and after raping her threw her outside the hospital,” Shafiq said.

CCTV footage showed a security guard from Lahore’s Sir Ganga Ram hospital carrying the victim into the building on his shoulder after he found her lying on the road in a critical condition, said the police chief.

Doctors said the child was raped several times, added Shafiq, and after receiving emergency care was transferred to the intensive care unit of nearby Services hospital.

END_OF_DOCUMENT_TOKEN_TO_BE_REPLACED

Stripped naked — apart from her underwear — her killer had bound her hands and feet before tying a plastic bag over her head.

The body of a 6-year-old girl found on a Texas street has been identified as Alanna Gallagher, authorities say.  Facebook

A little “angel” found murdered under a tarp in a quiet suburban Texas neighborhood has been named as six-year-old Alanna Gallagher.

She was discovered by kids a mile from her home in Saginaw, Fort Worth, on Monday night – hours after she went missing.

Stripped naked — apart from purple underwear — her killer had bound her hands and feet before tying a plastic bag over her head.

END_OF_DOCUMENT_TOKEN_TO_BE_REPLACED

After an arduous journey, a four-year-old Syrian girl was successfully operated for a deadly heart condition in the Israeli Edith Wolfson Medical Center in Holon.

“Without the surgery she could have died within a few months, maybe even weeks,” said the surgeon, Doctor Lior Sasson. “It’s uplifting to perform surgery on a child from a hostile country. We can show Syrians and the world we look for peace.”

The child’s journey began three and a half years ago, when an examination in Syria revealed her heart had only one ventricle, instead of two, causing her chronic fatigue, weakness and shortness of breath, critically endangering her life.

When the Syrian civil war broke out, her mother realized that to save her daughter, the family has no choice but to leave the country and seek help for the girl from abroad. Half a year ago, they moved to Jordan, from which the mother appealed an American-Christian association and pleaded for their help.

The group approached the Israeli Save a Child’s Heart Foundation, and with Interior Minister Gideon Sa’ar‘s approval, the mother and her sick child arrived in Israel a few days ago for the complex open heart surgery in the Israeli hospital which specializes in such cases.

As said, the operation was a success, and the girl is currently recuperating ahead of her return to Jordan.

“At first I feared the Syrian regime’s response to our coming here,” said the mother. “Naturally, I myself was also afraid to come to Israel. But the moment I arrived I felt at ease. The doctors treated me and my girl nicely.”

Save a Child’s Heart Foundation Director Simon Fischer said the foundation has already helped more than 3,200 children from 44 countries worldwide.

“Bringing a child from an enemy state is an uneasy feat, which requires coordination between many groups. The child’s operation was made possible thanks to the support of Minister Sa’ar.”