END_OF_DOCUMENT_TOKEN_TO_BE_REPLACED

A mountain of grain sits in a storage pile, as midwestern grain farmers and merchants struggle to find storage space after three years of record harvests, near Minburn, Iowa, U.S., March 11, 2017. REUTERS/Scott Morgan

END_OF_DOCUMENT_TOKEN_TO_BE_REPLACED

Low water levels are visible in the Bidwell Marina at Lake Oroville on August 19, 2014, in Oroville, California. Lake Oroville is currently at 32 percent of its total 3,537,577 acre feet. (Justin Sullivan/Getty Images)

END_OF_DOCUMENT_TOKEN_TO_BE_REPLACED 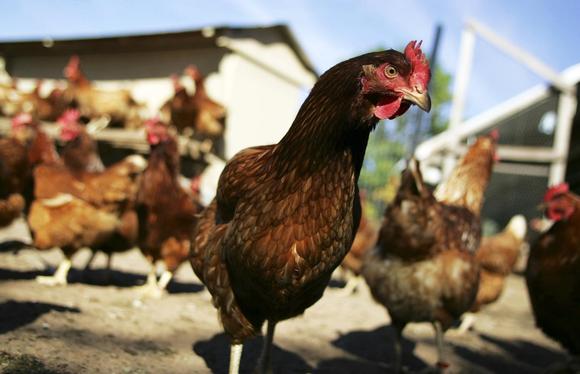 Chickens walk in their enclosure on a farm in Maryland, in this file photo from October 19, 2005. REUTERS/Joshua Roberts/Files

END_OF_DOCUMENT_TOKEN_TO_BE_REPLACED

As reality of GMOs sinks in across Wall Street

Hedge funds, meanwhile, are also dumping Monsanto stock, most likely due to sharply increased “negative sentiment.” This means people increasingly don’t like Monsanto, and that’s a direct result of all the growing realizations about the dangers of GMOs, Monsanto’s predatory business practices, the company’s dangerous experiments that have already unleashed genetic pollution, and the fact that GM corn has been experimentally found to cause widespread cancer tumors in rat studies.

END_OF_DOCUMENT_TOKEN_TO_BE_REPLACED

(NaturalNews) There was a reason why our founding fathers were leery of monopolies – because they knew that too much power and influence in too few hands was not conducive to liberty and freedom.

That’s one reason why they would likely be concerned about control of the global food supply these days – because too few food multinationals have a grip on commodity markets, “with potentially dramatic effects for consumers and food producers alike,” Britain’s Independent reported recently.

The newspaper was citing a new report that warned the livelihoods of millions of small business owners and firms that produce many of the drinks and foods we consume on a daily basis are “seriously under threat,” noting that extreme price volatility coupled with higher food prices and more concentrated food markets threaten to leave farmers “condemned to poverty.”

That tight control of the markets by the mega-companies, which utilize their “buyer power” to control the supply chain and how it operates – can leave smaller firms “marginalized” and surviving on low-yield contracts, poverty-level wages and with poor health and safety practices to boot, the report warned.

It stresses that, with the G8 summit set for June in Northern Ireland, 2013 is the year “to put the politics of food on the public agenda and find better solutions to the insanity of our broken food system.”

While more and more people may be shopping ethically, the world’s food system is still “dangerously out of control,” the report said. Cocoa growers, for example, now get only between 3.5 and six percent of the average retail price of a chocolate bar, while in the 1980s they earned about 18 percent.

The new report is being published to coincide with the launch of a three-year food campaign byFairtrade Foundation, in order to “pull our broken food system back from the brink and make it work for all.” The report contains recommendations, including asking governments to guarantee greater transparency and “fair competition” in the realm of international food supply chains.

“Putting too much power into hands of too few companies increases the risk of exploitation in food supply chains, where producers have no choice but to sell for low prices, while consumers face a bewildering array of products on shop shelves even though their purchases benefit only a small number of brands,” said Michael Gidney, chief executive of the foundation. “Unless we do something now, millions of small farmers are condemned to poverty. If they are in crisis, and farmers see no future in farming, then many of our foods could be at risk.”

‘Consolidation shifting power away from governments and towards multinationals’

Take the case of Gerardo Arias Camacho, a 43-year-old coffee farmer from Costa Rica. He has been producing coffee since he was removed from school to help his father farm the commodity at the age of 10. Today, he works 13 hours a day to produce coffee from about five hectares (about 12.3 acres). Camacho, who is a board member of the first Fairtrade-certified co-op in Costa Rica, said this year, he will likely struggle to make even a small profit from some of the coffee he produces and sells.

“About 40 percent of our coffee is sold to multinationals, but the problem with the free market is there is no minimum price,” he told the paper. “Last year, I got $2.20 per pound of coffee; this year it’s about $1.40. This is really bad for us, as the cost of producing is about $1.60.”

He continued: “They really don’t care about what problems we have here in our village; we worry about having enough food, clothes, and enough money to send our kids to school. Small roasting companies have direct relations with us, know our needs and understand us. This makes a big difference.”

A separate report, Power in Agriculture, also warns that food production is shifting away from governments and is being overly concentrated in the hands of fewer food multinationals.

“Consolidation of TNCs (trans-national corporations) has seen some shifting of the focus of power from governments and supra-national bodies towards corporate business,” the report said.

That includes food production, the report said, noting that 75-90 percent of the international grain trade is controlled by just four multinationals.