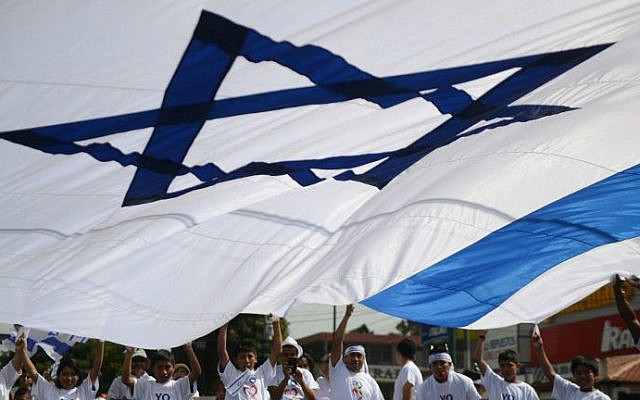 A pro-Israel group waves a huge flag during a demonstration in support of Israel during a military campaign in Gaza in the streets of Guatemala City on August 3, 2014. (photo credit: AFP Johan ORDONEZ)

Foreign Ministry thanks the Central American nation, the first to follow Trump’s recognition of Jerusalem as Israel’s capital