END_OF_DOCUMENT_TOKEN_TO_BE_REPLACED

Health workers in protective suits transport Dr. Martin Salia, a surgeon working in Sierra Leone who had been diagnosed with Ebola, from a jet that brought him from Sierra Leone to a waiting ambulance that will take him to the Nebraska Medical Center in Omaha, Neb., Saturday, Nov. 15, 2014. Dr. Salia is the third Ebola patient at the Omaha hospital and the 10th person with Ebola to be treated in the U.S. (AP Photo/Nati Harnik)

END_OF_DOCUMENT_TOKEN_TO_BE_REPLACED 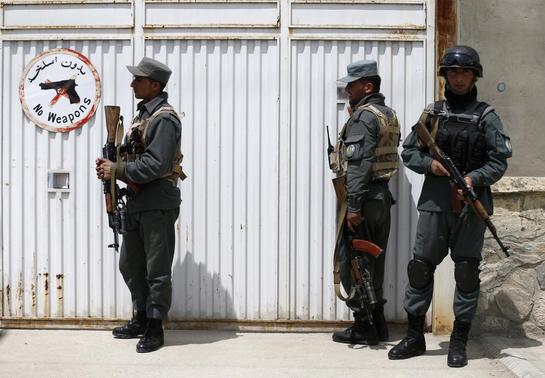 Afghan policemen stand at the gate of Cure Hospital after three foreigners were killed in Kabul April 24, 2014.    Credit: Reuters/Mohammad Ismail

END_OF_DOCUMENT_TOKEN_TO_BE_REPLACED

Infowars Nightly News host Gigi Erneta digs deeper into the effects of Obamacare by looking at how veterans are currently affected by government-run medical care.

END_OF_DOCUMENT_TOKEN_TO_BE_REPLACED

Fed up with declining payments and rising red tape, a small but growing number of doctors is opting out of the insurance system completely. They’re expecting patients to pony up with cash.

Some doctors who have gone that route love it, saying they can spend more time with and provide higher-quality care to their patients. Health advocates are skeptical, worrying that only the wealthy will benefit from this system.

END_OF_DOCUMENT_TOKEN_TO_BE_REPLACED

Rival Chinese doctors nearly came to blows after attempting, quite literally, to win over the heart of a terminal patient.

Xu Bao, a cancer patient in the Chinese city of Hefei, had agreed to donate his corneas and other organs after his death, according to local media reports.

But when representatives from two different transplant groups arrived at his bedside to arrange the donations – in one case bearing flowers – the scene degenerated into a verbal fight over which side would get the organs.

Zhang Yidong, a friend of the terminally ill patient, told the Global Times newspaper the doctors began “bickering for Xu’s body parts” while the patient was still in the room.

“Xu felt terrible and decided to renege,” Mr Zhang said, adding that his friend’s dream of donating his organs had been “ruined”.

A local television reporter who had been at the hospital to document Mr Xu’s selfless act told the Nandu Daily newspaper the standoff had been “awkward”.

The unseemly squabble may be explained by China’s chronic shortage of organ donors. About 1.5 million Chinese people need transplants but a lack of donors mean only 10,000 are performed each year, China’s state-run CCTV reported last year.

“Currently, a vast majority of organs come from executed felons,” the channel admitted.

Last year health authorities announced they would seek to limit the use of organs from executed prisoners over the coming years. Officials said the country would instead rely on a new national donation system for organ transplants.