END_OF_DOCUMENT_TOKEN_TO_BE_REPLACED

The virus — named “Bourbon” after the county where the victim lived — is part of a group of viruses known as thogotovirus, the Centers for Disease Control and Prevention said in a statement (AFP Photo/Kevin C. Cox)

END_OF_DOCUMENT_TOKEN_TO_BE_REPLACED

A woman’s deformed skull was found in one of the tombs, which dates to around 1,650 years ago. (Denis Gliksman, Inrap)

The author of this article claims that these are human skulls from an aristocratic family.  That their heads were bounded with boards and cloths to deform the skull.  Looks like the skull of a Giant to me, a “Nephilim”.  I think someone needs to study the skull more carefully and see if it’s actually of human origin.

END_OF_DOCUMENT_TOKEN_TO_BE_REPLACED

Turkish archaeologists say they have found a stone chest in a 1,350-year-old church that appears to contain a relic venerated as a piece of Jesus’ cross.

The artifacts were unearthed during a dig at Balatlar Church in Turkey’s Sinop Province, and displayed this week by excavation team leader Gülgün Köroğlu. “We have found a holy thing in a chest. It is a piece of a cross,” the Hurriyet Daily News quoted her as saying.

Köroğlu, an art historian and archaeologist at Turkey’s Mimar Sinan University of Fine Arts, said the team suspects that the chest served as a symbolic coffin for the relics of a holy person — and that the fragments within it were associated with Jesus’ crucifixion.

END_OF_DOCUMENT_TOKEN_TO_BE_REPLACED

The oarfish, or Regalecus glesne, lives so deep under the ocean that it is usually only seen when it’s washed ashore or fatally injured.

Mark Benfield, Louisiana State University Remarkably captured by HD cameras, an oarfish is seen swimming off the Gulf of Mexico in August, 2011.

Never before seen video footage of an elusive 8-foot long deep-sea oarfish, alive and in its natural habitat in the Gulf of Mexico, has been released by scientists who are calling it the first of its kind.

The giant bony fish whose mystery dates to tales of sea monsters and mermaids was remarkably filmed in high definition by a remotely operated vehicle in 2011 before the video’s release this week.

The footage is believed to be a first of its kind when it comes to clarity and contact with an oarfish, or Regalecus glesne, with the creature typically seen washed ashore dead or fatally injured.

END_OF_DOCUMENT_TOKEN_TO_BE_REPLACED

A Blast of a Find: 12 New Alaskan Volcanoes

In Alaska, scores of volcanoes and strange lava flows have escaped scrutiny for decades, shrouded by lush forests and hidden under bobbing coastlines.
In the past three years, 12 new volcanoes have been discovered in Southeast Alaska, and 25 known volcanic vents and lava flows re-evaluated, thanks to dogged work by geologists with the U.S. Geological Survey (USGS) and the U.S. Forest Service. Sprinkled across hundreds of islands and fjords, most of the volcanic piles are tiny cones compared to the super-duper stratovolcanoes that parade off to the west, in the Aleutian Range.
END_OF_DOCUMENT_TOKEN_TO_BE_REPLACED 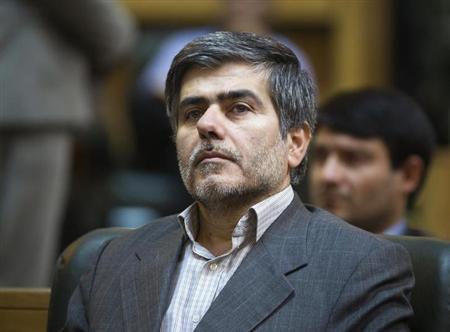 State news agency IRNA quoted a report by the Atomic Energy Organisation of Iran (AEOI) which said the reserves were discovered in northern and southern coastal areas and had trebled the amount outlined in previous estimates.

There was no independent confirmation. With few uranium mines of its own, Western experts had previously thought that Iran might be close to exhausting its supply of raw uranium.

“We have discovered new sources of uranium in the country and we will put them to use in the near future,” Fereydoun Abbasi-Davani, head of the AEOI, was quoted as saying at Iran’s annual nuclear industry conference.

The timing of the announcement suggested Iran, by talking up its reserves and nuclear ambitions, may hope to strengthen its negotiating hand at talks in Kazakhstan on Tuesday with the United States, Russia, China, Britain, France and Germany.

Diplomats say the six powers, known as the P5+1, are set to offer Iran some relief from international sanctions if it agrees to curb its production of higher-grade enriched uranium.

The West says Iran’s enrichment of uranium to a fissile purity of 20 percent demonstrates its intent to develop a nuclear weapons capability, an allegation the Islamic republic denies.

FROM MINE TO CENTRIFUGE

The enriched uranium required for use in nuclear reactors or weapons is produced in centrifuges that spin uranium hexafluoride gas (UF6) at high speeds. The UF6 is derived from yellow cake, a concentrate from uranium ore discovered in mines.

Iran’s reserves of raw uranium now stood at around 4,400 tonnes, taking into account discoveries over the past 18 months, IRNA quoted the report as saying.

In another sign that Iran is intent on pushing forward with its nuclear ambitions, the report also said 16 sites had been identified for the construction of nuclear power stations.

It did not specify the exact locations but said they included coastal areas of the Gulf, Sea of Oman, Khuzestan province and the Caspian Sea.

Iranian authorities have long announced their desire to build more nuclear power plants for electricity production. Only one currently exists, in the southern city of Bushehr, and that has suffered several shutdowns in recent months.

The announcements could further complicate the search for a breakthrough in Kazakhstan, after three unsuccessful rounds of talks between the two sides in 2012.

“We are meeting all of our obligations under the nuclear Non-Proliferation Treaty and we should be able to benefit from our rights. We don’t accept more responsibilities and less rights,” Saeed Jalili, Iran’s chief nuclear negotiator, was quoted as telling Saturday’s conference.

In what Washington has called a provocative move, Iran is also installing new-generation centrifuges, capable of producing enriched uranium much faster, at a site in Natanz in the centre of the country.

Western diplomats say the P5+1 will reiterate demands for the suspension of uranium enrichment to a purity of 20 percent, the closure of Iran’s Fordow enrichment plant, increased access for International Atomic Energy Agency inspectors and agreement to address concerns on existing uranium stockpiles.

In return, the latest embargoes on gold and metals trading with Iran would be lifted. Iran has criticized the offer and says its rights need to be fully recognized.

“If the P5+1 group wants to start constructive talks with Tehran it needs to present a valid proposal,” said Jalili. “It needs to put its past errors to one side … to win the trust of the Iranian nation.”

“The talks in Almaty are a chance which I hope Iran takes,” he said.

A fossil creature from the phylum Entoprocta (invertebrate animals that have tentacles and lacking a mineralized skeleton) was found in marked abundance (over 400 individuals) in Burgess Shale. The Burgess is a sedimentary layer that’s purportedly part of the Cambrian period about a half-billion years ago, according to evolutionists.1 The problem for paleontologists is that the supposedly 520 million year old creature looks exactly like its living counterparts, only up to 8 eight times larger.

The Cambrian geologic system is an enigma for the evolutionary paradigm. If evolution is true, life would have started out simple and then evolved in complexity over time. The Cambrian system is one of the oldest geological layers containing billions of sophisticated fossils, supposedly formed after the Precambrian system. The Precambrian layers contain “simple” single-celled life, but also have jellyfish and annelids (worms).

In the Cambrian system, the fossils represent an explosion of complex multicellular life forms—hence the term “Cambrian Explosion.” The problem for evolution is that the Cambrian explosion occurs suddenly with no transitional forms preceding it. Furthermore, many of the types of fossils found in the Cambrian layer are represented by modern organisms, such as entoprocts, that are alive and well today. For a summary of the Cambrian geological system and Burgess Shale, see the excellent review by Dr. John Morris in Acts & Facts.2

This species of entoproct, Cotyledion tylodes, was identified previously, but the specimens were not well preserved and difficult to characterize. The discovery of hundreds of new extremely well preserved fossils in much older strata was a huge surprise. Another shock was the extremely well defined detail of the fossil’s mouth, anus, and digestive tract, proving that the previous classification of C. tylodes as a cnidarian (a jellyfish-like creature) was wrong. In fact, not only was the creature postulated to be much older than previously estimated, it was incredibly more complex.

Interestingly, the fossils of C. tylodes also appear to have somewhat more complex features than modern entoprocts. Unlike living entoprocts, the stem and flowerlike feeding cup of the “ancient” version was covered by tiny hardened protuberances (sclerites), and the creatures were much larger.

Clearly, a majority of the fossil record was formed as a result of the year-long global Flood recorded in Genesis, making it one of evolution’s greatest enemies.3 The original diversity of organisms were created by God to reproduce “after their kind,” which is why fossils like the entoproct are complex, fully formed, and similar to their modern living counterparts.