Some 80 Palestinians throw rocks and firebombs at Israeli troops, who respond with rubber bullets and tear gas

END_OF_DOCUMENT_TOKEN_TO_BE_REPLACED

Palestinian demonstrators throw stones towards Palestinian security forces blocking the road to an Israeli checkpoint in the center of the West Bank town of Hebron on August 22, 2014, following a demonstration to show support for Hamas. (Photo credit: AFP/ Hazem Bader)

END_OF_DOCUMENT_TOKEN_TO_BE_REPLACED 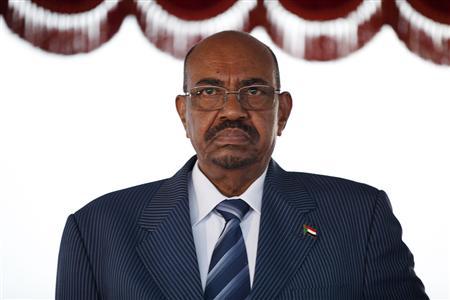 END_OF_DOCUMENT_TOKEN_TO_BE_REPLACED

Reuters – Israel on Sunday demanded the Palestinian Authority stem a surge of anti-Israeli protests ahead of U.S. President Barack Obama’s visit to the region next month. 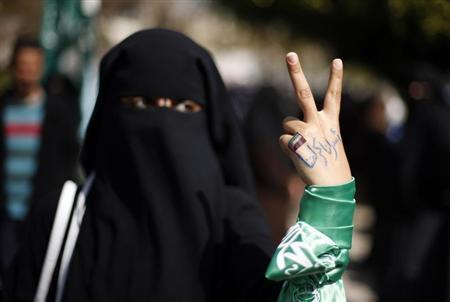 A senior aide to Palestinian President Mahmoud Abbas gave no indication the Authority, which exercises limited self-rule in the occupied West Bank, would issue any call for calm, and blamed Israel for the spike in unrest.

The death in an Israeli jail of a Palestinian detainee on Saturday and an on-going hunger strike by four inmates have fuelled tensions in the West Bank, where stone-throwing protesters clashed again with Israeli soldiers on Sunday.

Some 3,000 prisoners held a one-day fast on Sunday after the detainee’s death, which Israel said was caused by a heart attack, an explanation challenged by Palestinian officials.

“Israel has conveyed to the Palestinian Authority an unequivocal demand to calm the territory,” an Israeli government official said, adding the message was delivered by one of Prime Minister Benjamin Netanyahu’s top aides.

As an apparent incentive to Palestinian leaders to intervene, Israel pledged to proceed with this month’s transfer to the Authority of around $100 million in tax revenues that it collects on its behalf.

Under international pressure, Israel announced it would release $100 million to the Palestinian Authority last month.

In the latest clashes, hundreds of Palestinian protesters, in several towns and villages in the West Bank, hurled stones at Israeli soldiers, who responded with tear gas and stun grenades.

There were no reports of serious injuries in the confrontations, after a wave of violent protests last week in solidarity with the four hunger-striking prisoners.

Some 4,700 Palestinians are in Israeli jails, many of them convicted of anti-Israeli attacks and others detained without trial. Palestinians see them as heroes in a statehood struggle, and the death of any of the hunger-strikers would likely trigger widespread violence.

Prisoners affiliated with Hamas, the Islamist militant group that governs the Gaza Strip, issued a call for a new Palestinian uprising.

Abbas said in an Israeli television interview three months ago he would not allow a third armed Intifada to break out and that Palestinians would pursue their cause peacefully.

Amos Gilad, a senior Israeli Defence Ministry official, questioned whether the protests were just a tactical move by the Palestinians to draw international attention before Obama’s visit to Israel, the West Bank and Jordan.

But he added, in an Israel Radio interview: “Things can get out of control.”

Netanyahu has said Iran’s nuclear program would top the agenda of his meetings with Obama, but that the talks also would deal with Israeli-Palestinian peace efforts stalled since 2010.

Yasser Abed Rabbo, a senior Abbas aide, said Israel’s treatment of prisoners and anti-Palestinian violence by Jewish settlers were “the cause of the deterioration”.

Israel said it would carry out an autopsy of the body of Arafat Jaradat, the 30-year-old prisoner who died on Saturday. Israel’s Prisons Authority said he had not been on a hunger strike and had been examined by an Israeli doctor during an interrogation on Thursday.

The first Palestinian uprising began in 1987 and ended in 1993, when the Oslo interim peace accords were signed.

The second Intifada broke out in 2000 after the failure of talks on a final peace settlement. Over the following seven years, more than 1,000 Israelis died, half of them in suicide attacks mostly against civilians, and more than 4,500 Palestinians were killed by Israeli forces.‮‮‮‮‮‮‮‮‮‮‮‬‬‬‬‬‬‬‬‬‬‬‬

Where are the demonstrations? The shocking disclosure that Syria’s civil war has claimed at least 60,000 lives has brought precious little reaction. To place this in context, President Bashar al-Assad’s murderous struggle to keep his stranglehold on power has now killed more people than any of the Arab-Israeli wars.

Not one of those conflicts, going back to and including 1948, was remotely as bloody as the conflagration in Syria. The nearest comparison is the Six Day War of 1967, which killed 23,500 Arabs and 1,000 Israelis – barely a third of the death toll in today’s Syria.

When Israel fought its last war in Lebanon in 2006, claiming 1,350 lives, there were daily demonstrations outside Israeli embassies across the world, particularly here in London. About 40 times as many people have died in Syria. So where are the protests? Syria still has an embassy in Belgrave Square, although admittedly its diplomats have been withdrawn. Why is there not a round-the-clock demonstration?

The people who tend to organise protests often voice their outrage about “Western double standards”. What about their own double standards? When Israel kills Arabs, they are easily stirred to outrage. When an Arab leader kills many more Arabs, they are less concerned. Meanwhile, the only round-the-clock political protest in London seems to be an ugly banner in Parliament Square protesting about Nato’s presence in Afghanistan. Wrong target, wrong place. What about protesting against Assad in Belgrave Square?