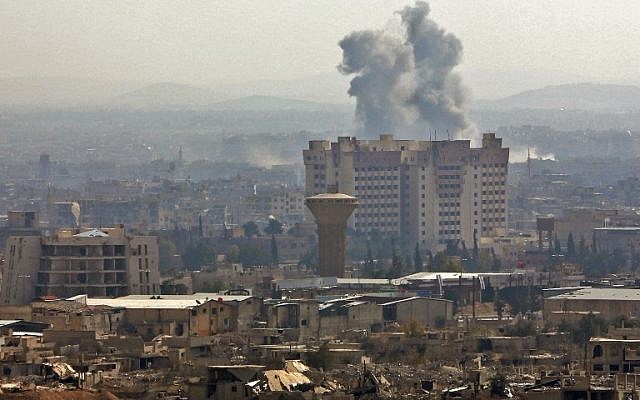 Illustrative: A picture taken from a government-controlled area on the outskirts of Harasta on the northeastern suburbs of Damascus on February 21, 2018, shows smoke rising from areas targeted by Syrian army shelling in the towns of Arbin and Harasta. (AFP PHOTO)