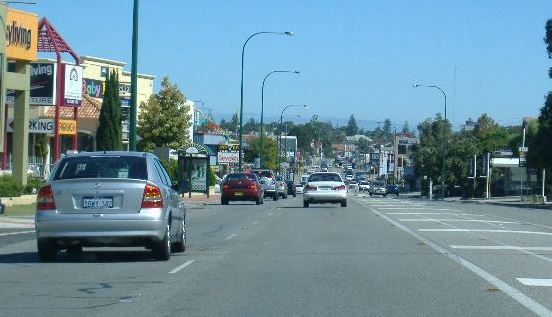 END_OF_DOCUMENT_TOKEN_TO_BE_REPLACED

A fiery crash involving a big-rig and four other vehicles, followed by explosions, has resulted in at least one death and several injuries on Interstate 10 in Pomona and prompted authorities to close lanes on the freeway.

A fiery crash involving a big-rig and four other vehicles, followed by explosions, has resulted in at least one death and several injuries on Interstate 10 in Pomona and prompted authorities to close lanes on the freeway.

The crash was first reported at 8:12 p.m. on eastbound I-10 near the Towne Avenue offramp. Within minutes, the wreckage became engulfed in flames and exploded, according to the California Highway Patrol.

Further details were not immediately available.

Car hacking: The 2010 Toyota Prius at a Toyota retailer in California.

Two programmers used a laptop to take control of a Ford and Toyota, and will present their findings at a hackers conference next month. Does this pose a worry for motorists?

There is almost nothing more terrifying in a car than finding you can’t control the vehicle. Anybody who’s been in a skid or lost brake pressure can attest to this. So the notion that hackers could take control of a car, as two recently demonstrated for Forbes writer Andy Greenberg, represents just about the worst-case scenario for modern, electronically controlled cars.

With vehicles ever more connected to the Internet, GPS and cellular networks, programmers Charlie Miller and Chris Valasek say they’ve worked out a way to access the computers in a 2010 Toyota Prius and 2010 Ford Escape. Once they take over the onboard computer, they can control anything from the radio to the brakes, they say.

END_OF_DOCUMENT_TOKEN_TO_BE_REPLACED

A sinkhole in Lake County near San Francisco has been called a “slow-motion disaster.”

Workers prepare to pull vehicles from a sinkhole that opened up on a residential street in the South Deering neighborhood on April 18, 2013 in Chicago, Illinois. (Scott Olson/AFP/Getty Images)

A giant sinkhole in Lake County near San Francisco has begun the slow process of swallowing up homes.

Eight homes in the subdivision 100 miles north of San Francisco have been evacuated, while 10 others are on notice for potential imminent evacuations, the Los Angeles Times reported.

Mail deliveries to the area, called Lakeside Heights, have been stopped as a precaution as well.

It is possible that all 30 of the neighborhood’s homes will have to be abandoned if the sinking cannot be stopped.

“It’s a slow-motion disaster,” said Randall Fitzgerald, a writer who bought his home there a year ago.

The Lake County division, which was built 30 years ago, usually faces groundwater shortages. But officials believe that water bubbling to the surface all of the sudden may be a factor in the slow sinking, though they are not sure why.

“That’s the big question,” Scott De Leon, the county’s public works director, told NBC News. “We have a dormant volcano, and I’m certain a lot of things that happen here (in Lake County) are a result of that, but we don’t know about this.”