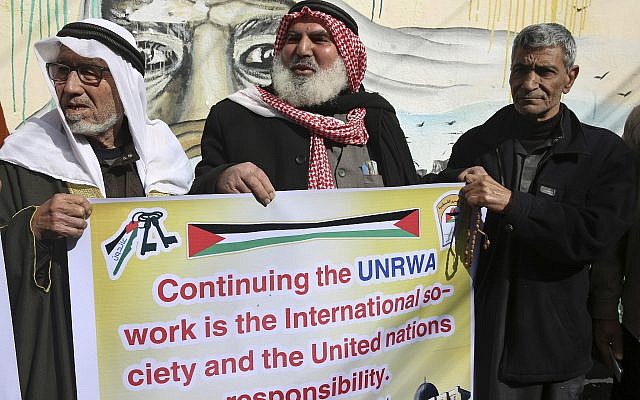 END_OF_DOCUMENT_TOKEN_TO_BE_REPLACED

Police secure an area during a police raid in the Molenbeek neighbourhood of Brussels, Belgium on Friday, March 18, 2016. (AP/Geoffrey Van der Hasselt)

END_OF_DOCUMENT_TOKEN_TO_BE_REPLACED

In this photo provided by Georgian Public Broadcaster and photographed by Ketevan Kardava, an injured man lies on the floor in Brussels Airport in Brussels, Belgium, after explosions were heard Tuesday, March 22, 2016. A developing situation left a number dead in explosions that ripped through the departure hall at Brussels airport Tuesday, police said. All flights were canceled, arriving planes were being diverted and Belgium’s terror alert level was raised to maximum, officials said. (Ketevan Kardava/ Georgian Public Broadcaster via AP)

END_OF_DOCUMENT_TOKEN_TO_BE_REPLACED

The damaged car at the army barracks in Flawinne, Belgium Photo: AFP

Soldiers open fire on assailant who rammed entrance barriers of Flawinne barracks, in Namur province of Belgium, before fleeing

END_OF_DOCUMENT_TOKEN_TO_BE_REPLACED

Amid crackdown on jihadists, Liberman says unlike Israel, European nations won’t likely be urged to ‘negotiate with terrorists’

END_OF_DOCUMENT_TOKEN_TO_BE_REPLACED

A Brussels widow slept next to her mummified husband’s corpse for a year, her landlord said after making the macabre discovery during an eviction, a Belgian daily reported Tuesday.

END_OF_DOCUMENT_TOKEN_TO_BE_REPLACED

Crash site: A firefighter inspects the wreckage of the plane, which was carrying 11 people

END_OF_DOCUMENT_TOKEN_TO_BE_REPLACED

Nathan Verhelst, 44, born Nancy, chose a medically assisted death after his sex change operation left him feeling like a ‘monster.’ Euthanasia is legal in Belgium, but a subject of controversy as more people are choosing it.

SOURCE –  A Belgian transsexual who was “disgusted” with his sex change operation has died by euthanasia, according to reports.

Nathan Verhelst, 44, who was born a woman named Nancy, chose to end his life with the assistance of a doctor, citing “unbearable psychological suffering.” He died Monday afternoon.

Euthanasia is legal in Belgium, and the doctor who carried out Verhelst’s euthanasia procedure, Wim Distelmans, also made headlines last December for euthanizing a pair of deaf twins who were going blind.

Verhelst suffered years of emotional pain before and after his sex change operation, including a tormented childhood, he told Belgian newspaper Het Laatste Nieuws.

END_OF_DOCUMENT_TOKEN_TO_BE_REPLACED

Belgium is really gearing up its euthanasia followed by organ harvesting regime–and apparently the transplant medical community has no moral qualms. In fact, it has become so morally ho-hum, that it was the subject of discussion at the 21st European Conference on General Thoracic Surgery held in the UK in May.

It’s all just peachy keen. From the Abstract (0-099) of “Lung Transplantation with Grafts Recovered From Euthanasia Donors:

January 2007 and December 2012, 47/350 (13.4%) patients received pulmonary grafts from controlled DCDs [donation after cardiac death], including 6 (1.7%) after euthanasia in accordance with state legislation and approval by Ethics Committee. Patients suffered from an unbearable neuromuscular (n = 3) or neuropsychiatric (n = 3) disorder with explicit wish to donate organs. Euthanasia was executed by an independent physician in a room adjacent to the operating room in the absence of the retrieval team.

Now, the hunt is on for mentally ill and patients with disabling conditions such as MS to become “euthanasia organ donors.”

Euthanasia donors accounted for 12.8% of all lung DCDs. Immediate post-transplant graft function and long-term outcome in recipients was excellent. More euthanasia donors are to be expected with more public awareness.

In a better world, increased public awareness would cause universal public revulsion.

I can think of nothing more dangerous than making mentally ill and despairing disabled people believe their deaths have greater value than their lives. Well one thing, perhaps: Having a society accept the idea that it can benefit at the expense of people in desperate need of care–and whose care is very expensive.