A student looks at a window cracked after a mortar shell hit the French school in the Syrian capital Damascus on December 1, 2013, without causing any injuries to children (AFP, Louai Beshara)

END_OF_DOCUMENT_TOKEN_TO_BE_REPLACED 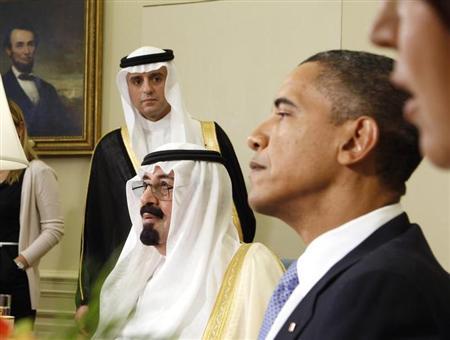 END_OF_DOCUMENT_TOKEN_TO_BE_REPLACED

UNITED NATIONS (AP) — Syria’s foreign minister claimed Monday that his government is fighting a war against al-Qaida-linked militants who eat human hearts and dismember people while they are still alive, then send their limbs to family members.

Walid al-Moallem, addressing world leaders at the U.N. General Assembly in New York, also charged that the U.S., Britain and France had blocked the naming of the real perpetrators of chemical weapons attacks in Syria, which he blamed on the opposition.

President Barack Obama told the same forum last week that it was the President Bashar Assad’s regime that was behind a chemical weapons attack in August that killed hundreds in the Damascus suburbs and brought threats of a retaliatory U.S. strike.

After the U.S. threatened to attack Syria, the Assad regime committed to getting rid of its stockpiles of chemical weapons. The U.N. Security Council then voted unanimously on Friday to oblige it to do so based on a plan made by the Organization for the Prohibition of Chemical Weapons. The resolution broke 2-1/2 years of paralysis on the Syria conflict in the Security Council.

END_OF_DOCUMENT_TOKEN_TO_BE_REPLACED

Opposition forces battling Bashar al-Assad’s regime in Syria now number around 100,000 fighters, but after more than two years of fighting they are fragmented into as many as 1,000 bands.

The new study by IHS Jane’s, a defence consultancy, estimates there are around 10,000 jihadists – who would include foreign fighters – fighting for powerful factions linked to al-Qaeda..

Another 30,000 to 35,000 are hardline Islamists who share much of the outlook of the jihadists, but are focused purely on the Syrian war rather than a wider international struggle.

There are also at least a further 30,000 moderates belonging to groups that have an Islamic character, meaning only a small minority of the rebels are linked to secular or purely nationalist groups.

END_OF_DOCUMENT_TOKEN_TO_BE_REPLACED

There is “not a word” about biological weapons in the agreement that US Secretary of State John Kerry discussed with Israel’s Prime Minister Benjamin Netanyahu in Jerusalem on Sunday, Channel 10 news said.

Assad has two biological weapons bases, one of them subterranean and a second in a coastal location, producing anthrax and other agents, the report said

In an unclassified report in April, US Director of National Intelligence James Clapper assessed that Syria could be capable of producing limited biological weapons.

END_OF_DOCUMENT_TOKEN_TO_BE_REPLACED

Twenty trucks laden with equipment used in the manufacture of chemical weapons were driven across the border from Syria into Iraq on Thursday and Friday, the Lebanese newspaper Al-Mustaqbal reported on Sunday.

The trucks were “heavily protected” by security forces, and were not inspected by border guards, the paper reported, adding that its sources confirmed the illicit cargo.

There was no confirmation of the report in Al-Mustaqbal, a newspaper associated with groups opposed to the regime of President Bashar Assad.
END_OF_DOCUMENT_TOKEN_TO_BE_REPLACED

Facing little enthusiasm from Congress or the public for his proposal to launch a military strike against Syrian President Bashar Assad’s regime for its alleged use of chemical weapons, President Obama on Tuesday will make his most aggressive efforts to date to convince America that military action would be justified.

The president will meet with Senate Democrats and Senate Republicans behind closed doors during their respective weekly policy luncheons to discuss his proposal. On Tuesday night, he will deliver a televised address to make his case to the nation.

In an interview Monday with “CBS Evening News” anchor Scott Pelley, Mr. Obama explained that the U.S. should intervene both for humanitarian reasons and for security reasons.

“We should all be haunted by those images of those children that were killed,” Mr. Obama said, referring to video evidence that around 400 Syrian children were killed by a chemical weapons attack. “But more importantly, we should understand that when we start saying it’s okay to, or at least that there’s no response to the gassing of children, that’s the kind of slippery slope that leads eventually to these chemical weapons being used more broadly around the world. That’s not the kind of world that we want to leave to our children.”

A new CBS News poll shows that six in 10 Americans oppose military air strikes against Syria, and a majority, 56 percent, disapproves of how Mr. Obama is handling the matter. Only 14 percent of Americans say the administration has explained its goals for a strike, while 79 percent say it has not.

The Associated Press reports Syria’s Foreign Minister has said his country has accepted a Russian proposal to relinquish control of its chemical arms stores:

On Monday, Foreign Minister Walid al-Moallem stated that his country welcomed the Russian proposal, which called for Syria to place its chemical weapons under international control and for the weapons to be destroyed.

No time frame or further details were given about the proposal. It remained unclear whether Syria was making genuine strides toward a diplomatic resolution to the conflict that began in March 2011, or if the proposal was a ploy by Syrian President Bashar Assad to buy more time in the face of a potential U.S. strike.

END_OF_DOCUMENT_TOKEN_TO_BE_REPLACED

Everything may not be as it appears.  Presentation is everything, yet is it always right?  From government conjecture to mass media reports, we are being told one thing, but is it the truth?

What are we to believe.  We have seen no evidence for proof either way.  Yet, President Obama seems committed to bombing the Syrian government.  Why?  Why is he so adamant about bombing Syria.  There must be a reason beyond the chemical attack.  An underlying motive.

END_OF_DOCUMENT_TOKEN_TO_BE_REPLACED

Vladimir Putin said Russia may approve military operation in Syria if Damascus is proven to have carried out chemical weapons attacks and UN authorises it. Photograph: Ria Novosti/Reuters

Vladimir Putin has warned the US against launching military action in Syria, stating that Russia has “plans” on how it would react if such a scenario unfolded.

The Russian president’s comments came as Barack Obama for the first time portrayed his plans for US military action as part of a broader strategy to topple Bashar al-Assad, as the White House’s campaign to win over sceptics in Congress gained momentum.

In an interview with Associated Press and Russia’s state Channel 1 television, Putin said it was too early to talk about what Russia would do if the US attacked Syria but added: “We have our ideas about what we will do and how we will do it in case the situation develops toward the use of force or otherwise. We have our plans.”