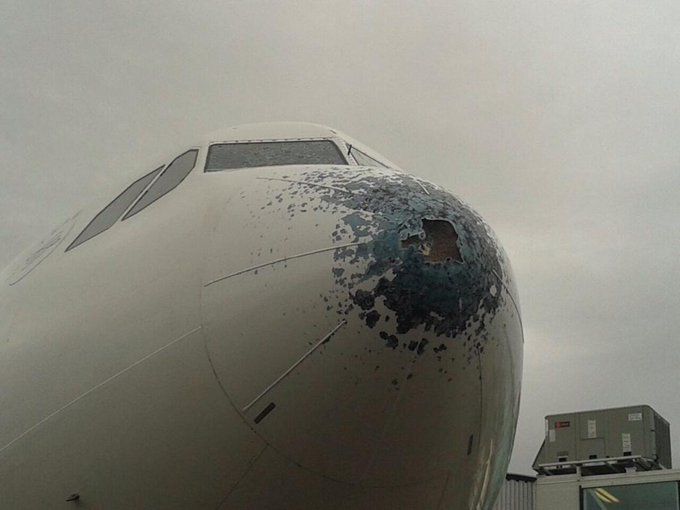 END_OF_DOCUMENT_TOKEN_TO_BE_REPLACED

People gather during a small demonstration in support of the government in their dispute over $1.5 billion with a U.S. hedge fund in Buenos Aires, Argentina, Wednesday, July 30, 2014. Argentina’s economy minister leads a last-gasp effort Wednesday to strike a deal with U.S. creditors that would prevent the South American country from slipping into default. (AP Photo/Victor R. Caivano)

END_OF_DOCUMENT_TOKEN_TO_BE_REPLACED

Fans try to escape from a tear gas cloud and a police water cannon, used to restrain a group of youths who hurled rocks and vandalised stores in Buenos Aires

END_OF_DOCUMENT_TOKEN_TO_BE_REPLACED

Police officers and paramedics inspects the debris of a commuter train that slammed into the end of the line when arriving to Once central station early this morning in Buenos Aires, Argentina, Saturday, Oct. 19, 2013. Paramedics rescued scores of wounded commuters. According to Security Secretary Sergio Berni, they are still evacuating the wrecked train, making that impossible to say immediately why the train failed to stop, crashing through the bumper at the end of the line. (AP Photo/Eduardo Di Baia)

END_OF_DOCUMENT_TOKEN_TO_BE_REPLACED 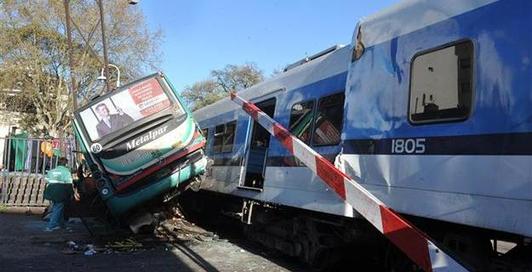 END_OF_DOCUMENT_TOKEN_TO_BE_REPLACED

Dozens have been killed and more than 250,000 left without power after torrential rain in Buenos Aires and La Plata

Residents leave their homes by boat after the floods in La Plata, Argentina. Photograph: Reuters
Associated Press in La Plata

Argentinian police and soldiers searched house to house, in creeks and culverts, and even in trees for bodies on Thursday after floods killed at least 57 people in the province and city of Buenos Aires.

As torrential rains stopped and the waters receded, the crisis shifted to guaranteeing public health and safety in La Plata, the capital of Buenos Aires province with a population of nearly 1 million people. Safe drinking water was in short supply, and more than a quarter of a million people were without power, although authorities said most would get their lights back on overnight.

Many people barely escaped with their lives after seeing everything they owned disappear under water reeking with sewage and fuel that rose nearly two metres (6ft) high inside some homes. The wreckage was overwhelming: piles of broken furniture, overturned cars, ruined food and other debris.

Their frustration was uncontainable as politicians arrived making promises. The president, Cristina Fernández de Kirchner, the governor Daniel Scioli, the social welfare minister Alicia Kirchner and the mayors of Buenos Aires and La Plata were all booed when they tried to talk to victims. Many yelled: “Go away” and “You came too late.”

“There is no water, there is no electricity. We have nothing,” said Nelly Cerrado, who was looking for donated clothing at a local school. “Terrible, terrible what we are going through. And no one comes. No one. Because here, it is neighbours who have to do everything.”

The nearby Ensenada refinery, Argentina‘s largest, remained offline after flooding caused a fire that took hours to extinguish in the middle of the rainstorm, the state-run YPF oil company said. YPF said it would take 36 more hours just to drain excess water from the damaged refinery, and at least another seven days before the refinery could renew operations. The company also said it was putting into place an emergency plan to guarantee gasoline supplies, and would invest $800m to replace a damaged coking unit where the flood had caused a fire with a newer, higher-capacity unit.

Scioli said the death toll had risen to 51 people in and around La Plata following six deaths in the national capital from flooding two days earlier. But he said nearly all of the missing had been accounted for.

The victims included a member of the Grandmothers of the Plaza de Mayo human rights group, Lucila Ahumada de Inama, who was found under about 1.7 metres of water inside her home. She died without having found her grandson, born in captivity after her pregnant daughter-in-law was kidnapped by Argentina’s dictatorship in 1977.

Some flooded residents were being lauded as heroes. Alejandro Fernández, a 44-year-old policeman who was off-duty when the rains started, pulled out his rubber boat and shuttled about 100 neighbours to higher ground. His neighbour, Dr Jose Alberto Avelar, turned his home into a clinic, treating dozens for hypothermia.

Fernández “won’t say it because he’s too humble, but what he did was incredible”, Avelar said. “His action got everyone else helping as well.”

A store and an elementary school were looted, but police and troops were helping residents guard neighbourhoods to prevent more crimes. In addition to 750 provincial police officers, the national government sent in army, coast guard, police and social welfare workers.

Mobile hospitals were activated after two major hospitals were flooded, and government workers were handing out donated water, canned food and clothing. The provincial health minister Alejandro Collia said hepatitis shots were being given at 33 evacuation centres, and that spraying would kill mosquitoes that spread dengue fever.

“The humanitarian question comes first. The material questions will be resolved in time,” said Scioli, who promised subsidies, loans and tax exemptions for the victims.

Scioli also thanked Pope Francis for sending a message of support. The governor said: “This has to give us all the strength to accompany these families.”

Argentina’s weather service had warned of severe thunderstorms, but nothing like the rainfall that fell this week.

More than 400mm drenched La Plata in just a few hours late on Tuesday and early on Wednesday – more than has ever been recorded there for the entire month of April.

In both Buenos Aires and La Plata, sewage and storm drain systems were overwhelmed, and low-lying neighbourhoods looked something like New Orleans after Hurricane Katrina, with all but the upper parts of houses under water.

And in both cities, politicians sought to fix blame on their rivals as residents complained that the government in general was ill-prepared and providing insufficient help.

It didn’t help that the mayors of both cities were on holiday in Brazil when disaster struck.

The Buenos Aires mayor, Mauricio Macri, said the president needed to foster expensive public works projects to cope with storms that will become more frequent because of climate change.

The La Plata mayor, Pablo Bruera, meanwhile, arrived home to an additional, self-inflicted disaster: while he was in Brazil, a tweet sent from his official Twitter account falsely claimed he had been “checking on evacuation centres since last night”. The tweet even included an old picture of Bruera handing out bottled water.

Bruera told reporters on Thursday that he would not resign over the false claim, and that he had instead fired the people responsible for what he called a “mistake by my communications team”.