Japanese locals panic buy supplies until the shelves are empty, leaving many to queue up for food and water after two deadly earthquakes

END_OF_DOCUMENT_TOKEN_TO_BE_REPLACED

In this image provided by UNICEF Pacific, people on a dock view yachts damaged in Port Vila, Vanuatu, Saturday, March 14, 2015, in the aftermath of Cyclone Pam. Winds from the extremely powerful cyclone that blew through the Pacific\’s Vanuatu archipelago are beginning to subside, revealing widespread destruction. (AP Photo/UNICEF Pacific, Humans of Vanuatu)

END_OF_DOCUMENT_TOKEN_TO_BE_REPLACED 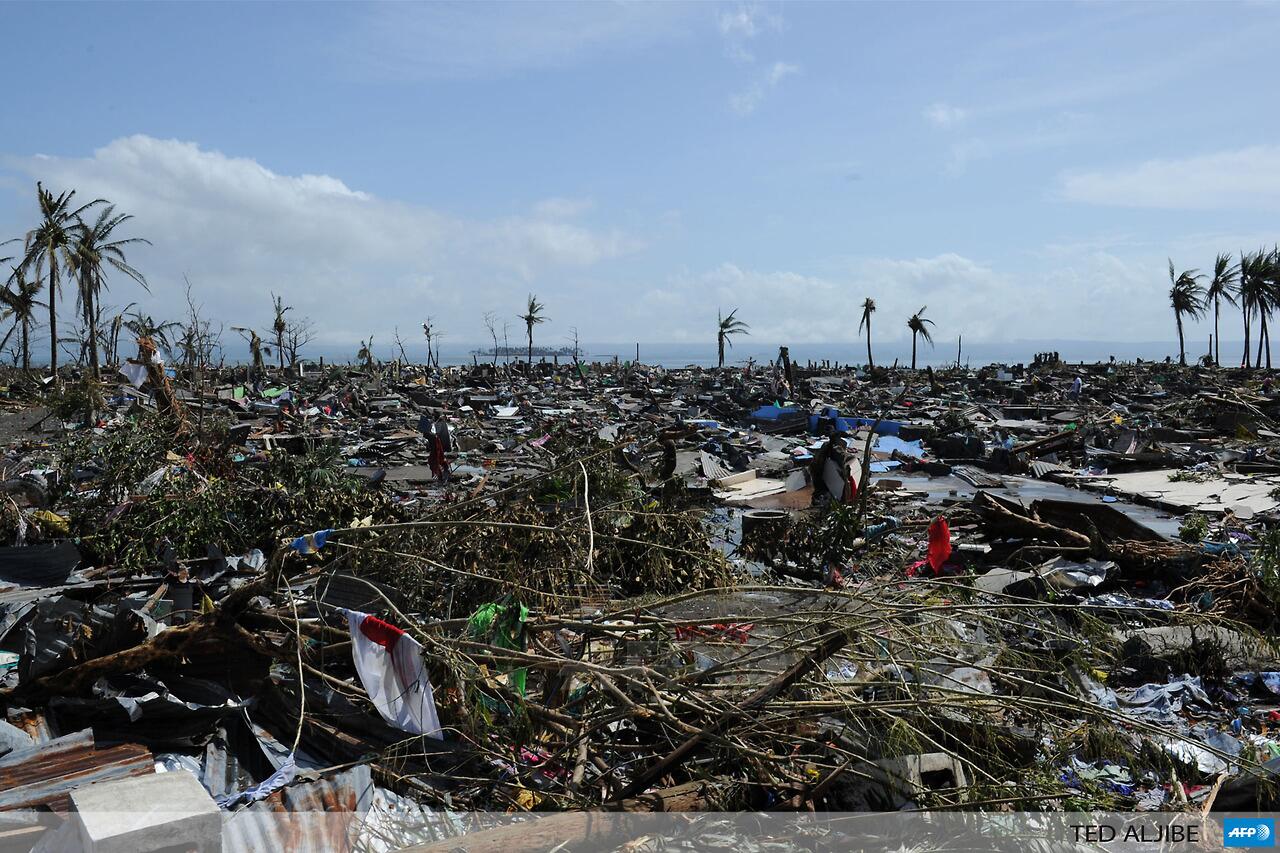 END_OF_DOCUMENT_TOKEN_TO_BE_REPLACED

A destroyed home in Granbury, Texas is seen in an aerial view on May 16, 2013. (AP Photo/The Fort Worth Star-Telegram, Ron T. Ennis)

A heavily damaged home in Granbury, Texas, is seen in an aerial view on May 16, 2013. (AP Photo/The Fort Worth Star-Telegram, Ron T. Ennis)

Emergency workers go through the rubble of heavily damaged homes in Granbury, Texas on Thursday May 16, 2013. (AP Photo/Star-Telegram,Ron T. Ennis)

Lisa Montgomery pauses as she talks about surviving a tornado that destroyed her home in Cleburne, Texas, May 16, 2013. (AP Photo/LM Otero)

A toppled car lies next to and crushed trees in the Rancho Brazos neighborhood of Granbury, Texas on Thursday, May 16, 2013. (AP Photo/The Fort Worth Star-Telegram, Paul Moseley)

Lightning strikes from a storm illuminates the sky where damage is strewn about the street and light pole near Hyde Park Lane at Country Club Rd. after a tornado in Cleburne, Texas, May 15, 2013. (The Dallas Morning News, Tom Fox)

The brutal cold snap affecting much of the country is taking a devastating toll on victims of superstorm Sandy, many of whom are camped out in tent cities or living in homes without power, heat or running water.

Hundreds of people in New York’s Staten Island and along the Jersey Shore are still without basic necessities nearly three months after the devastating storm struck.

“Many families in Union Beach are using space heaters to warm upstairs,” said Jeanette Van Houten, a resident from the small New Jersey town that was among the hardest-hit communities. “There’s people with no heat, no electric, but they are staying in the house because it’s better than having to deal with FEMA and having to leave hotels every two weeks.

“There are families who have chosen to stay in their homes just to have some sort of normalcy,” she added.

The cold wave has brought single-digit temperatures to the Northeast, some 10 to 15 degrees below normal for the time of year.

Residents of the New Dorp Beach section of Staten Island have taken shelter in tents set up by aid workers with only small propane heaters, sleeping bags and blankets to stave off the bone-chilling cold, according to reports.

In the Queens neighborhood of Breezy Point, one of the most storm-ravaged areas of the region, residents lined up at the local recovery center this week to pick up donated ceramic space heaters. Many of the suffering residents in the five boroughs of New York City say their homes still are barely habitable, despite the city’s so-called Rapid Repairs program that was supposed to make their homes livable quickly.

According to the city, construction teams for the Rapid Repairs program have restored heat, hot water and power to more than 12,000 city residents, with work still to be completed in another 1,900 buildings.

Van Houten, whose house in Union Beach was destroyed by Sandy, has since stayed with relatives further down the coast in South Toms River. She said she feels that her and her family are fortunate.

“Things are far from better, but I’m one of the lucky ones,” she said.