A Bangladeshi resident who suffered burn injuries in the attack is treated at Dhaka Medical College Hospital. AFP/Munir uz Zaman

END_OF_DOCUMENT_TOKEN_TO_BE_REPLACED 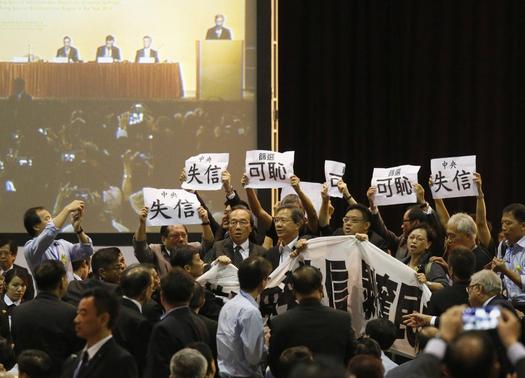 END_OF_DOCUMENT_TOKEN_TO_BE_REPLACED

Some 500 Palestinian activists set up an illegal outpost in the controversial strip of land known as E1, between Jerusalem and Ma’ale Adumim, on Wednesday, coinciding with the arrival of US President Barack Obama for a three-day visit to Israel and the West Bank.

Activists said the establishment of the 15-tent “Grandchildren of Yunis” outpost is a protest against the Obama administration, which they claim is traditionally biased in Israel’s favor. The outpost consisted of 15 tents.

Get The Times of Israel’s Daily Edition by email
and never miss our top stories   Free Sign up!

In January, Palestinians also established an illegal outpost in the E1 corridor, which Israel evacuated.

After the Palestinian Authority was granted nonmember observer status at the UN in late November, one of Israel’s responses was to revive its own plans to build in the E1 area, drawing harsh international condemnation. Critics said settlement construction there would make a contiguous Palestinian state nearly impossible.

Residents told the Palestinian news agency the students were taken to the Kiryat Arba police station, and that they expected them to be released shortly.

On Tuesday night the Palestinian Authority issued a ban on releasing photos and videos from the West Bank city of Hebron ahead of Obama’s visit, Channel 10 reported

Hebron residents are reportedly opposed to the US president’s visit and the PA is attempting to avoid embarrassment over hateful displays in the city.