(Natural News) We hear a lot these days from the political left about conservative and liberty minded ideals being a “threat to democracy,” and it’s important to understand that leftists use the word “democracy” very deliberately and with specific intent.  America has never been a pure democracy, and for good reason.  Democracy is rule by the mob; it is 51% of society lording over the other 49%.  It is tyranny of the majority.

The founders of our nation described America as a Constitutional Republic.  Not once in the Declaration of Independence, the Bill Of Rights or the Constitution is the word “democracy” used.  Not once.  America is not a democracy because our system was intended to protect individual rights regardless of majority opinion. Majority rule was never the plan of the founders, and since they risked their lives centuries ago to create this country their viewpoints are far more important than those of woke activists in 2022 who have never done anything of value.

Leftists continue to use the word to describe our nation in bad faith, and they do this because it’s what they want America to become.  They don’t care what America is or what it was meant to be, and this has been made clear in their reactions to various measures to bring balance and free speech back to the US after years of cancel culture controlled by far left extremists and their partnerships with Big Tech social media.

When it comes to Twitter, many conservatives will suggest that they really never cared about the platform and that it never affected their view of the world.  However, it cannot be denied that for at least the past six years Twitter has been a launch pad for malicious leftist organization and large scale attacks on individuals in order to silence those who dare disagree with their ideology.  They have used Twitter as a weapon to strike fear into people before the even think of speaking out.

This organization has included collusion between journalists, activists, corporate CEOs and governments, and while these people represent a minority within our society they wield enough money and power to manufacture an artificial consensus.  They have had the power to silence opposition and make it appear as if the leftist narrative is the only narrative.  Twitter has been the bane of American life for far too long.

The original management of Twitter, based out of San Francisco, has often held that there was no political bias inherent in the company and that everyone was treated fairly.  We have seen ample evidence that this was simply not the case, with the tech giant now exposed for working closely with the federal government (DHS) and the Biden Administration to actively erase the voices of people who opposed the unconstitutional covid mandates and vaccine passports (among other things).

At the same time Twitter aggressively amplified the activities of leftist groups like BLM and Antifa, while consistently promoting the establishment narrative on almost every single domestic and geopolitical issue.  The value of the company to the political left cannot be overstated.  Twitter is their Mecca.

Whether you like Elon Musk or distrust his intentions, the drama surrounding his takeover of the platform is quite revealing.  Musk has made very few announcements of intent as far as Twitter is concerned, with his primary goal being freedom of speech, or at least equal treatment of users regardless of their political background.  The response from leftists has been predictable but also somehow astonishing at the same time. 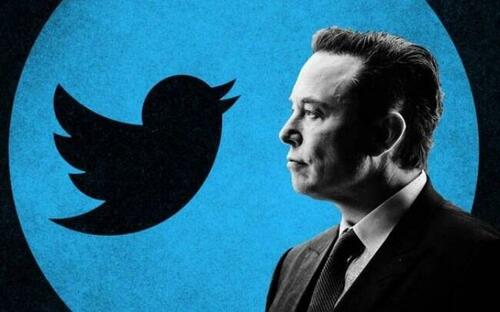 We have seen the mainstream media froth in furious rage at the idea of Twitter becoming an open platform.  Many have argued that Musk’s takeover is a “threat to democracy” (there’s that word again).  Some have even insinuated that Musk is an authoritarian himself for trying to remove levels of censorship.  The accusations are bizarre and Orwellian – For leftists “freedom is slavery.”

Musk is noted for attempting to appease some demands from the left and has only met with further attacks as well as actions to frighten away the company’s advertisers.  If leftists can’t own the website they will seek to burn it down.  Musk recently complained:

“Twitter has had a massive drop in revenue, due to activist groups pressuring advertisers, even though nothing has changed with content moderation and we did everything we could to appease the activists. Extremely messed up!  They are trying to destroy free speech in America.”

The billionaire has said in the past that if his actions were making people angry on the far-left and the far-right at the same time then he “must be doing something right.”  The problem with this sentiment is that only one side has been trying to deconstruct or destroy our constitutional rights.  Musk can opine about the virtues of riding the fence or standing in the middle of the road and not committing to any viewpoint completely, but there are moments in history when one side is completely and utterly wrong, and the political left is that screaching albatross today.

The new owner of Twitter is now learning an important lesson that conservatives have known for some time:  You cannot negotiate with terrorists.  You cannot appease or bargain with people who only want power and destruction.

Many would define free speech in terms of social media as legal speech with context and nuance taken into consideration.  There are always rules to everything and always will be.  But for leftists free speech only applies to “correct” ideas that are vetted by them and the establishment.  No one asked them to do this, they have declared themselves the arbiters of good speech and bad speech.

Free speech is a privilege relegated to only one group, one political movement.  Everyone else must earn the opportunity to speak by showing fealty and compliance, and even then your ability to voice your ideas might elude you much like a vaporous blue checkmark.

For leftists, ideas are manifest.  Ideas are dangerous.  Facts and evidence that contradict their narratives are dangerous.  Free speech is dangerous because it creates a level playing field in which leftists cannot compete.  The ability to punish “incorrect speech” is a way to stop fair debate.  It’s the ability to control the world, and they know it.

Open discussion on Twitter by itself could be treated as irrelevant to most people; who cares about a single platform.  But leftist opposition to free speech affects everyone and has poisoned the cultural well for years now.  Look at how they have reacted to losing a single media company to free speech, and consider how they might react should they lose the entire country.