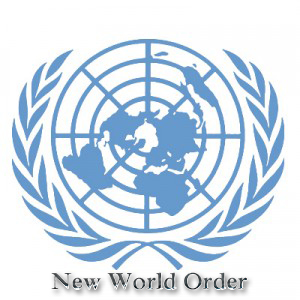 Ever since March 2020 the world has been under a new set of rules, a locked down society.  People all around the world have lost “unessential” jobs in the millions, people are being quarantined at home, told not to go out unless they have to go somewhere that is considered by the government to be “essential”.  But what does the term “essential” really mean and by who’s definition?!

Many small businesses have completely shut down, while other larger companies remain open, at least to some extent, and many it seems are even close to “normal”, business as usual.  Why is that?  Who is to say that these large corporations are any safer than their smaller counterparts?  Who is it that makes these decisions for us and why?

The government keeps telling us that we all need to stay home in order to keep everyone healthy and safe, but is that actually reality or is it merely a ploy for some other purpose?

They tell us not to worry because the government will come to our rescue and “bail us out”!  And just how long will that be sustainable if ever?  In the meanwhile people’s bank accounts are being depleted, many life savings accounts have been destroyed, who’s going to bail them out?!  A $1,200 check every now and then just isn’t going to do it, and in the meantime the Federal Reserve just continues to print money on a scale like we have never ever before seen in history!  How much more printing of money can occur before the world economy completely collapses?  Before you know it that money will not be worth the paper that it’s printed on!  Just saying!

If I were a Progressive Globalist that’s exactly what I would do!  Why?  Because my ultimate goal would be to usher in a New World Order, a One World Government headed by a One World Ruler, a One World Currency, and a One World Religion, what better way?!

If I were a Progressive Globalist then I would tell people not to worry because the government has their back!  I would tell them that if they only follow the necessary guidelines given to them by their government officials that it will all just work out and someday things will get back to “normal”.  That’s exactly what I’d do!

If I were a Progressive Globalist I would use the mainstream media as one of the main tools in spreading propaganda, yep.  I would give them a list of talking points to reiterate over and over again.  I would find doctors, scientists, and lawyers who would agree to say just what I wanted them to say in order to promote my cause and agenda regardless of the truth!

I would make the Coronavirus into a pandemic crisis, and I would forge the numbers to my benefit.  I would make it out to be much, much worse than it actually is, all in favor of furthering my agenda!

If I were a Progressive Globalist I would have televised commercials with well known actors and musicians to tell people that they are so brave for staying at home, that each one of them is a hero for doing it!  I would praise the people for being so courageous for following along with my plan.  I would make staying at home locked down look like such a good thing, an honorable thing, yep, I’d do it in a heart beat!

If I were a Progressive Globalist I would tell people that we will never be safe enough to open society back up until we have a vaccination available for everyone.  I would tell them that we must have a way to track every individual on the planet, that they must have some form of verifiable ID, a form of ID that is continuously updated such as a microchip implant in the form of a vaccination.  That’s exactly what I’d do!

Over time I would slowly open society back up again, making people feel like they have their freedoms back, however, things would never again be the same!  I would enforce new laws and regulations for the sake of the well being of everyone on earth.  I would stop people from congregating in large numbers, and I would censor anyone who comes in direct opposition to my plan!  I sure would!  Then I would hold control over the people by telling them that it’s not over, that it may never be over, that the virus may mutate and become even worse if we don’t keep it under wraps, and that we may go into lockdown again!

I would seek to establish a New World Order in the name of health and safety for all!  A One World Government under the guise of security, to bring people together in peace under a One World Religion, and I would have to establish a new One World Currency due to the worldwide economic collapse and ensuing famine around the globe.

And this is where we are in the world today my friends, a world under lockdown!  A world controlled by the Elite in order to establish their agenda, not an agenda by and for the people, but by and for the Elite!

All of this leads me to believe that we are in the end times, that the return of Jesus Christ is soon, even at the door!  That Jesus Christ is coming soon for His Bride, and that very soon many, many people will be the ones getting left behind!

What was one of the signs that Jesus warned us about that was even greater than pestilence?  Deception!  Do not be deceived!