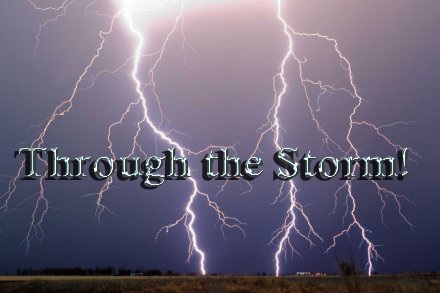 There is talk around the world about reopening society during the COVID-19 pandemic and just how to do it among much debate.  Open up slowly and ease restrictions gradually, not all at once for fear that the Coronavirus will re-emerge and perhaps on a grand scale they say.  But is this in fact the truth?  And if it’s not then why all of the fear and panic in the first place?!

If the reaction to the virus was appropriate then why didn’t the governments react the same way to H1N1, SARS, MERS, or Ebola?  Why haven’t they reacted the same way to abortion, suicides, or death from cardiovascular disease or cancer?  The point is that they didn’t, even though all of these other things cause many more deaths each year than the Coronavirus has so far.  Something about it just isn’t right my friends, its just not right!  Something is very fishy in Denmark!!!

The Democrats are using everything they can to bash President Trump, every word, every movement, every decision that he makes whether it be bad or good.  They twist the truth and take things out of context in order to make him look really, really bad.  To them this Coronavirus, the Wuhan virus, COVID-19, all one and the same, is political!  They don’t really seem to care about who dies, to them its all about bringing Trump down!  They hate Trump with a passion, and its not because of COVID-19 or his response to it, its because he goes against all that they stand for, a New World Order!

That’s right folks, its political in the sense that they are using this virus as a way to institute change, as a way to replace President Trump, as a way to usher in change, just as President Obama ran his campaign on, change, “fundamental change”!  Yet, he never really said what that change would entail now did he?  What exactly was that “change” that he was referring to anyway?  I’ll tell you, it was to fundamentally change not only America but the World!  To change the way the world works, what it is based upon, how it is run.  President Obama was a Progressive Liberal, part of the Deep State, used as a pawn to help usher in a New World Order!

There has been a very strong push these last few decades and even more so these last few years to usher in this New World Order.  And the closer we get to the beginning of the Tribulation period the stronger this push will be, and say it isn’t so now!  And what better way to bring it closer to fruition than to take advantage of a crisis that would involve the entire world?  A crisis of biblical proportions!  The perfect storm!

And this is where we are now my friends, in the middle of that storm.  A storm that will bring with it the necessary climate for change, for world change!  A time for the conditioning of the masses, to bring masses of people to their knees in accepting new rules, new laws, a new normal!  This is what I truly believe that its all about, a pre-planned crisis used to bring about the changes that are necessary to usher in a New World Order, a new order of all things in this world.

The conditioning has already begun and has been in the works, much damage has been done, and now they are talking about easing the restrictions that have been placed upon us, as if they are doing us a favor!  It’s not a favor my friends, its all part of their grand scheme to control the masses, part of the brain-washing techniques.  Make people believe that they are in grave danger, that their lives are at stake, make them believe that it is the government who can save them, that they must look to the government to support them in all areas of their lives.  Make them believe that the worst is not yet over and that it could come back at any time.  Then ease restrictions yet maintain them at the same time, never allowing society to return back to the way it was, but continuing on with many new ways of life, with new beliefs about how we are to live and who we should seek for support (government), a New Normal!

With the easing of restrictions face masks and social distancing will continue on in different ways, many businesses have fallen and many more will.  The way businesses conduct their business will also change, how we’ll just have wait and see.  There will be placed upon us more restrictions, especially with travel and where we go, how many of us go there, and how often we go there.  We will be required to have vaccinations in the near future once they arrive, and those not taking it will have restrictions placed upon them; but before the vaccinations arrive I believe that there will be massive testing to see who has had the virus and who has not.  There may be check points, where law enforcement or military personnel will stop us and check our papers, ID, and vaccinations.   I also believe that they will implant microchips in us via the vaccinations, this is according to Bill Gates and his plans for us all!  These implants will have the ability to record all sorts of information on us, health records, monetary records and transactions, and I believe used as a tracking device.  I believe that this is a part of the planned ID2020 program.  These are only a few of the changes coming.  I also believe that Christians will be silenced to some extent, that we will be censored at the least.  Churches have already been shut down, what’s the next step?  No more church gatherings at all?  Or perhaps limiting the number of people at each congregation?  Who knows.

This is only the beginning my friends.  What will happen when the next round of the virus comes, or a new virus, or any other disaster that they will deem as a worldwide disaster?!  More shutdowns?  More distancing?  Even greater measures and restrictions than we already see now?!  Its only a matter of time before something else comes, its not a matter of if but when, and the globalists will be all over it, mark my words!  What will the next round be like?  Martial Law, enforced laws and restrictions, not only lockdowns but lockups?!  Perhaps confiscations, forced separations, mass food lines and food shortages, medical and medicinal shortages?  How about restrictions on what you can buy and how much you can buy, mass rationings of all sorts.  Perhaps even confiscation of bank accounts and even of personal property if the government deems that it is necessary for “peace and security”!   Sounds like Socialism hard at work now doesn’t it?!

This so-called crisis has conditioned most people in the world to follow along, to accept what the governments tell us to be the truth.  It has programmed us to believe what I believe are lies.  And once the Anti-Christ comes then he will be even more wicked, more sinister, and more evil, imposing even greater restrictions upon those living in the world.  He will be a great speaker, very charming, yet inside he is nothing more than a ravenous wolf seeking whom he may devour!

Believe what you will, but I believe that this is a grand scheme being used to condition us into following more lies, into following the plan of the Shadow Government towards a One World Government, a New Normal, its the Perfect Storm!  Masses of people being conditioned to be led astray.

2 thoughts on “New Normal? Or Conditioning to Accept Change?! The Perfect Storm!!!”