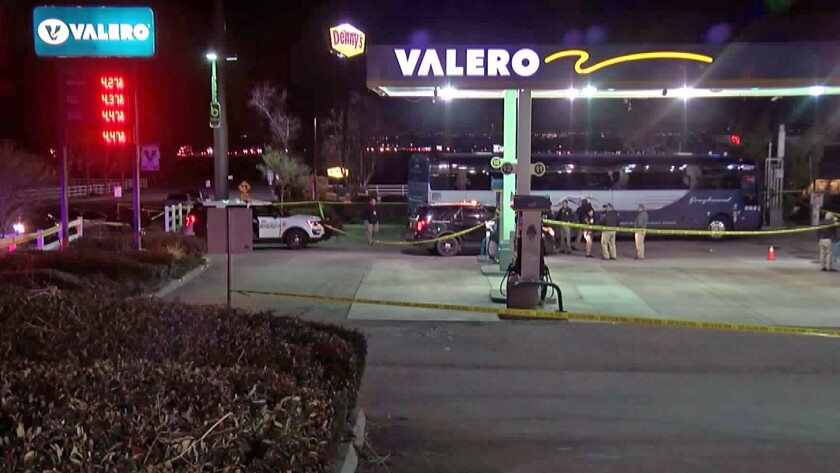 The shooting happened at about 1:20 a.m. as the bus was on the Grapevine section of Interstate 5 high in the mountains between LA and the San Joaquin Valley.

The bus driver somehow managed to get the shooter off the bus and left him on the highway shoulder, where he was arrested without incident, Sgt. Brian Pennings told reporters. He had no immediate information about the motive.

After leaving the gunman behind, the driver continued on to the next exit and pulled into the parking lot of a gas station.

Pennings said there were a “significant” number of people aboard the bus.

Witnesses and the suspect were being interviewed.

Officials did not immediately identify the suspect or the victims. Pennings said one of the five wounded people was flown to a hospital.