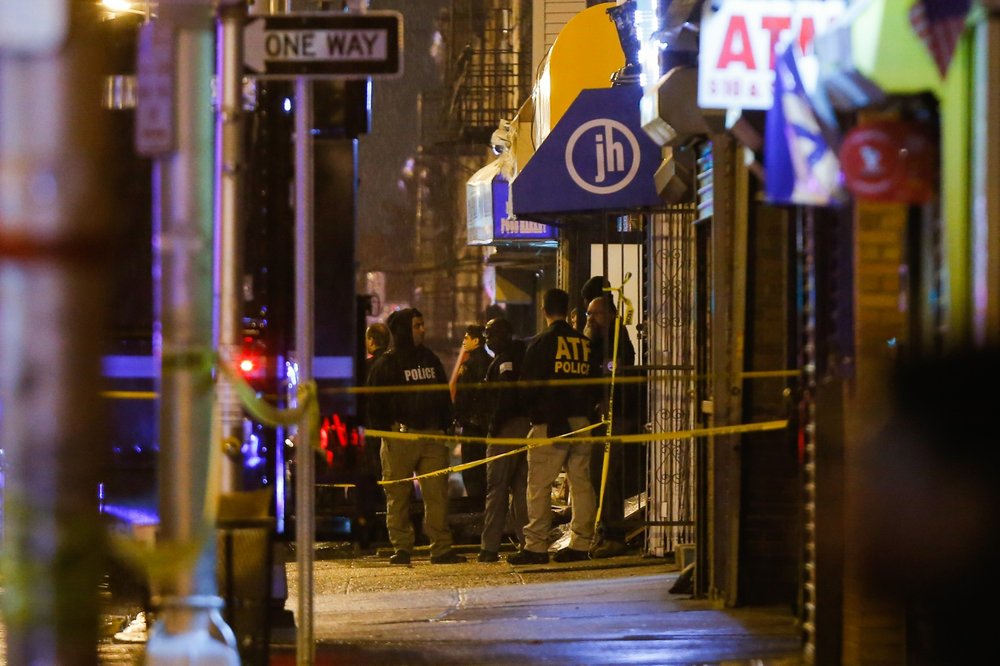 JERSEY CITY, N.J. (AP) — The mayor of a New Jersey city said Wednesday it’s “clear” that gunmen targeted a kosher market during a furious shooting that killed six people and raised questions about whether anti-Semitism was involved.

A police officer, three bystanders and two suspects all died in the violence Tuesday afternoon in Jersey City, just across the Hudson River from New York City. The 40-year-old slain officer, Detective Joseph Seals, who led the department in the number of illegal guns removed from the streets in recent years, was cut down by gunfire that erupted near a cemetery. The gunmen then drove a stolen rental van to another part of the city and engaged police in a lengthy shootout from inside the kosher market, where the five other bodies were later found.

Mayor Steven Fulop said in a tweet Wednesday that a review of security camera footage shows the gunmen targeted the market.

“Last night after extensive review of our CCTV system it has now become clear from the cameras that these two individuals targeted the Kosher grocery location,” Fulop said. He said two officers one block away immediately responded.

But Fulop did not elaborate, and his public safety director said Tuesday that terrorism wasn’t suspected. Neither the state attorney general, who is running the investigation, nor any other law enforcement authority has confirmed the shooters targeted Jews. 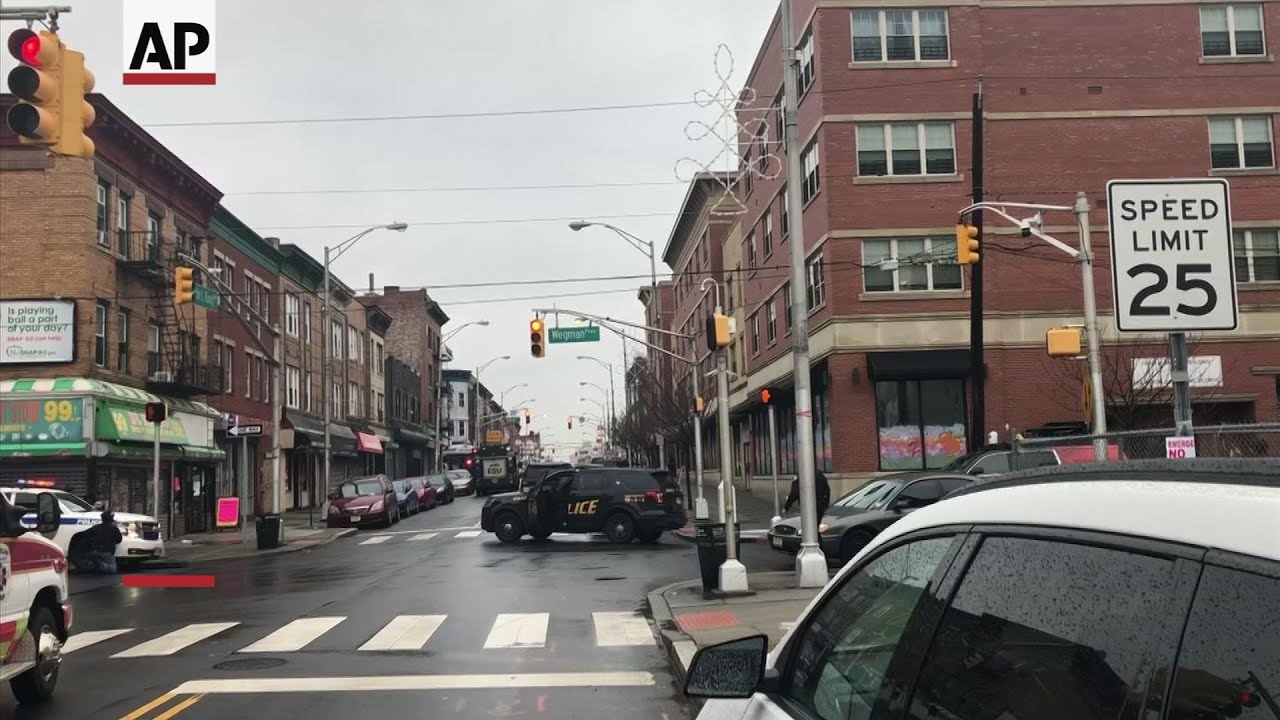 The bullets started flying early in the afternoon in the city of about 270,000. Seals, who worked for a unit called Cease Fire, was shot around 12:30 p.m.

“It’s a really tough day for the city of Jersey City,” Fulop said Tuesday. Seals “was one of the best officers for getting the most guns off the streets. He was a good cop.”

Police Chief Michael Kelly said when police responded to the area of the kosher store, officers “were immediately engaged by high-power rifle fire.”

A video shot by a witness shows a police officer on the ground by a car, apparently wounded. Another officer goes to him, helps him up and the two run around a corner as gunshots ring out. Seconds later, as a police cruiser pulls up in front of the store, about a dozen shots are heard in rapid succession.

“Our officers were under fire for hours,” the chief said.

Inside the grocery store, police found the bodies of who they believed were the two gunmen and three other people who apparently happened to be there when the assailants rushed in, authorities said. Police said they were confident the bystanders were shot by the gunmen and not by police.

Two other officers were wounded but were later released from the hospital, authorities said.

The kosher grocery is a central fixture in a growing community of Orthodox Jews who have been moving to Jersey City in recent years.

Chabad Rabbi Moshe Schapiro, who shops at the kosher store and attends a synagogue next door, said he spoke with the store owner, Moishe Ferencz.

“He told me he had just walked out of the store into the synagogue not five feet away just before this happened, and then he couldn’t get back for hours,” Schapiro said. “His wife was inside the store. He said, ‘I hope my wife is safe.’”

The names of the victims inside the store were not immediately released, pending notification of relatives.

City Public Safety Director James Shea said earlier Tuesday that authorities believe the bloodshed was not an act of terrorism but that it was still under investigation.

The shooting spread fear through the neighborhood, and the nearby Sacred Heart School was put on lockdown as a precaution.

SWAT teams, state police and federal agents converged on the scene, and police blocked off the area, which in addition to the school and supermarket included a hair salon and other shops. Dozens of bystanders pressed against the police barrier to capture the action on their cellphones, some whooping when bursts of fire could be heard.

Video shot by residents recorded loud volleys of gunfire reverberating along one of the city’s main streets and showed a long line of law enforcement officers pointing guns as they advanced, yelling to bystanders, “Clear the street! Get out of the way!”

“It’s like firecrackers going off,” said Andy Patel, who works at a liquor store about three blocks away. “They were shooting like crazy. … The cops were clearing everyone off the streets.”

Police also removed what they described as a possible “incendiary device” from the rental vehicle and sent it for examination by a bomb squad. The results of that examination were not available Tuesday evening.

Seals had been on the Jersey City Police Department since 2006. In addition to his work with the illegal guns unit, he was cited for heroism in a Christmas Eve 2008 incident in which he and another officer burst through the window of a home and stopped a sexual assault that was being carried out against a 41-year-old woman.

Seventh grader Zamir Butler said his class was coming back inside from the playground at Sacred Heart, which sits across the street from the grocery store, when he heard the shots. At first he thought they were thunder, since it had rained earlier.

“Everybody was running up the stairs to get to safety in the classroom,” he said. “A few of the kids were crying. They told us to stay behind the wall and stay down.”