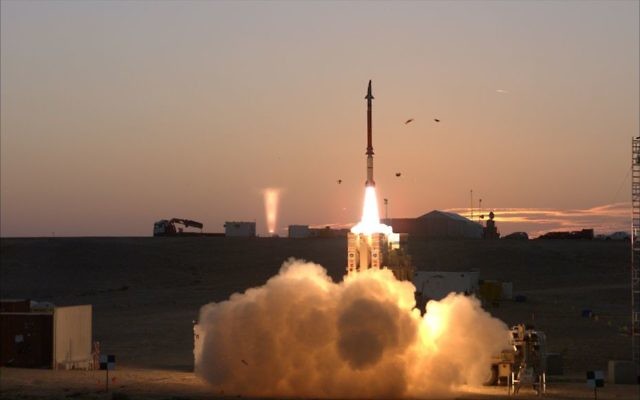 (SOURCE)    Israeli Air Force chief Amikam Norkin on Wednesday said the military’s multi-tiered network of air defense systems were “on alert” amid a general threat of attack by Iran.

In recent weeks, the military has begun to believe that Tehran intends to eventually retaliate against Israel’s regular airstrikes against its forces and proxies in the region.

The Israel Defense Forces believes this could take the form of a large-scale attack involving cruise missiles and attack drones, similar to the strike on Saudi Arabia’s Aramco petroleum facility that was attributed to Iran.

Earlier this week, Prime Minister Benjamin Netanyahu said Iran intends to attack Israel from Yemen, which may make intercepting such a strike more difficult as the IDF’s intermediate and long-range air defenses are better positioned to shoot down incoming attacks from Israel’s north, rather than from the south. 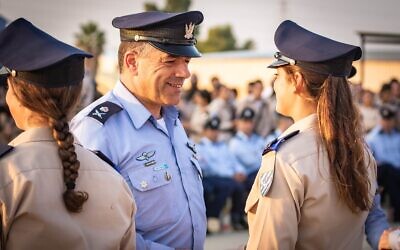 “Even as we speak, Arrow, Patriot, David’s Sling and Iron Dome batteries are on alert,” Norkin said Wednesday night at a graduation ceremony for air defense officers.

The air defense chief was referring to each of the military’s air defense systems, from the Arrow and Patriot systems, which are designed to destroy incoming long-range missiles and aircraft, to the mid-range David’s Sling, and the Iron Dome system, which can shoot down short-range rockets and small drones.

“The challenge of air defense has become more complicated. Joining the threat of missiles and rockets are now attack drones and cruise missiles,” he said.

Unlike ballistic missiles, which usually fly through a high arc on the way to the target, cruise missiles and drones fly at low altitude, making them harder to detect and intercept.

Iran appears to have been building up its drone activities and attacks in recent months. In August, Israeli fighter jets carried out airstrikes in Syria to thwart a planned attack on Israel by Iran-backed fighters using armed drones, the IDF said at the time.

The Israeli military said its strike targeted operatives from Iran’s Islamic Revolutionary Guard Corps’ Quds Force as well as Shiite militias, including the Hezbollah terror group, who had been planning on sending “kamikaze” attack drones into Israel armed with explosives.

Israel has vowed to prevent Iran’s regional proxy militias from obtaining advanced weapons to use against the Jewish state and has carried out hundreds of airstrikes in Syria that it says were to prevent delivery of weapons and to stop Iranian military entrenchment in that country.