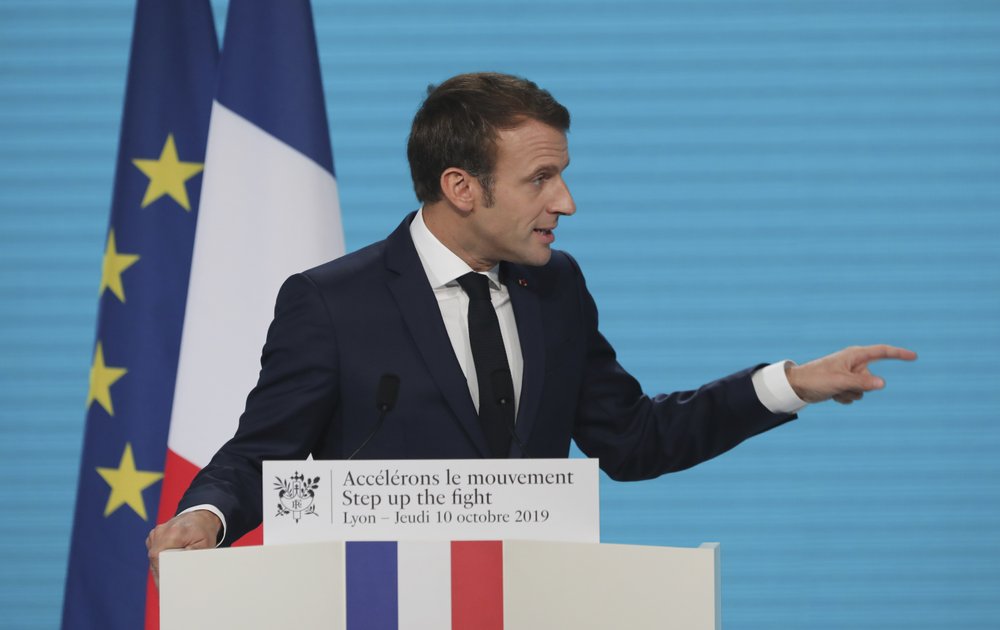 France’s President Emmanuel Macron gestures as he delivers a speech at the Lyon’s congress hall, central France, Thursday, Oct. 10, 2019, during the meeting of international lawmakers, health leaders and people affected by HIV, Tuberculosis and malaria. Lyon is hosting the two day Global Fund event aimed at raising money to help in the global fight against the epidemics. (AP Photo/Laurent Cipriani)

PARIS (AP) — Heads of states, CEOs and global health leaders gathered Thursday in France to try to raise at least $14 billion to finance the fight against AIDS, tuberculosis and malaria over the next three years.

French President Emmanuel Macron, who was hosting the conference in the city of Lyon, wants the event to raise more than the $12.2 billion brought in at the last conference in 2016.

A dozen heads of state and government, mostly from African countries, were attending the two-day conference of the Global Fund to fight AIDS, tuberculosis and malaria.

Macron urged leaders to accelerate the donations in his opening speech.

The U.S. Congress has approved a commitment to give a total of $4.68 billion over three years. The U.S. and France are the biggest donors.

The donations from governments, philanthropic donors and the private sector will be used to finance health programs in more than 100 countries. Major recipients of the fund are Nigeria, Tanzania, the Democratic Republic of the Congo, Mozambique and Zimbabwe.

The Global Fund said the money would help avert 234 million infections and try to get back on track to end HIV, tuberculosis and malaria as epidemics by 2030.

The organization said the programs it has supported since its creation in 2002 have saved 32 million lives.