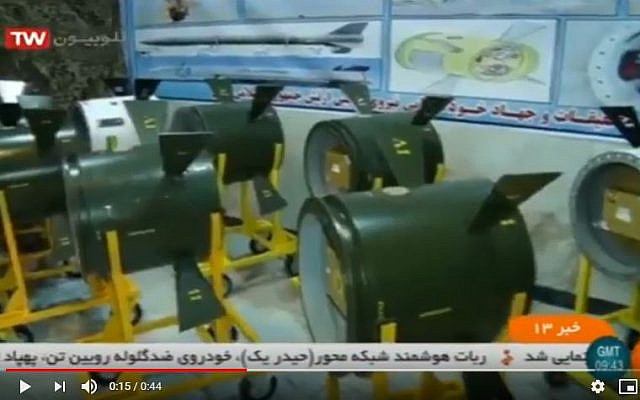 (SOURCE)    The Iranian military says it has produced a new conversion kit to upgrade artillery rockets to surface-to-surface missiles, technology that Israel has accused Tehran of attempting to deliver to the Hezbollah terror group.

The Iranians unveiled the new guidance system upgrade, called Labeik, at an event Thursday at which a number of new military technologies were showcased, according to Jane’s Defence Weekly.

Jane’s reported that Labeik appeared similar to the guidance systems on the Fateh-110 series of rockets, many of which are believed to be in the hands of Hezbollah in Lebanon. According to the report, the new system also looks to be compatible with Zelzal heavy artillery rockets.

Video footage of the new conversion system aired on Iranian television shows a short body featuring four inverted fins that can be fitted between the rocket and its payload.

“There is nothing new in the conversion itself, they have been doing it for years, and they already showed conversion kits for the Fatah 110 family of missiles,” Uzi Rubin, one of the pioneers of Israel’s earliest attempts at missile defense, told The Times of Israel.

“What’s new here are the aerodynamics of the winglets — very unique, unseen in Iran to date and unseen in any other country. Going to indigenous design rather than copying others indicates self-confidence. The purpose of the new and unique aerodynamics is probably to increase the maneuverability of the converted rockets.”

Asked if the development of the new system had any implications for Hezbollah’s missile program or how Israel deals with the terror group, Rubin replied that it “definitely” did.

“This is exactly the ‘precision rocket’ project that Netanyahu and the IDF regard as a Red Line,” he said.

Hezbollah is believed to have over 150,000 missiles, but only a small number of them can be guided to specific sites. Israel is concerned that in a future war, the Lebanese terror group could use a barrage of precision missiles, were they to obtain them, to attack sensitive facilities and overwhelm its air defense array.

Israeli planes have carried out airstrikes in Syria to foil efforts by Iran to smuggle the advanced weapons into Lebanon, according to authorities. Jerusalem believes Tehran is now trying to develop domestic production in Lebanon because of the danger involved in trying to move the weapons from Iran to Lebanon. 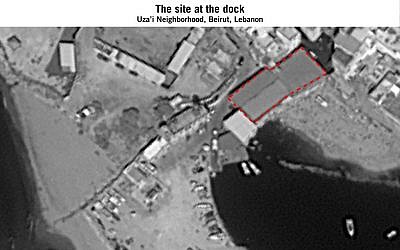 A satellite image released by the Israel Defense Forces showing a sites near Beirut’s international airport that the army says is being used by Hezbollah to convert regular missiles into precision-guided munitions, on September 27, 2018. (Israel Defense Forces)

The Israel Defense Forces announced last month that it had identified a facility in southern Lebanon being used by Hezbollah to convert and manufacture precision-guided missiles.

The compound, located near Nabi Sheet in the Bekaa Valley in Lebanon, was established several years ago by Iran and Hezbollah for weapons manufacturing, the army said in a statement, which came less than two weeks after a drone attack in Beirut attributed to Israel reportedly damaged key components of the project.

The target of the attack was said to have been an expensive and rare industrial mixing machine used in the creation of solid fuel, and the raid set back the terror group’s plans to develop long-range precision missiles by at least a year, according to Hebrew media reports.