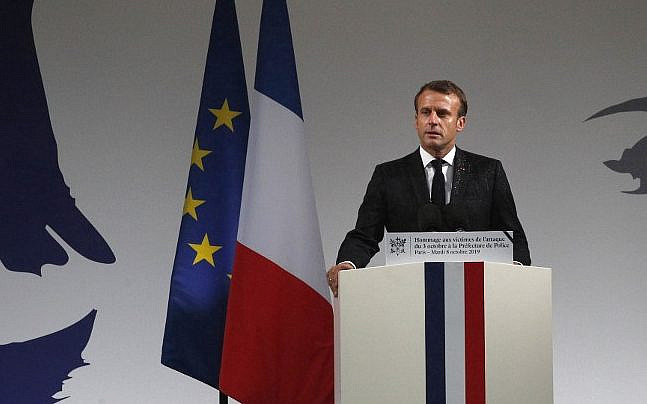 (SOURCE)   French President Emmanuel Macron vowed an “unrelenting fight” against Islamist terror on Tuesday as he paid tribute to the four Paris police staff stabbed to death last week by a radicalized colleague.

“We will wage an unrelenting fight in the face of Islamist terrorism,” Macron told a ceremony at the police headquarters where the attack took place.

Mickael Harpon, a 45-year-old computer expert in the police intelligence-gathering department, used a kitchen knife and an oyster shucker to kill three male and one female colleague in a 30-minute rampage that ended when an officer shot him in the head.

He had converted to Islam about 10 years ago and adopted increasingly radical beliefs, according to investigators.

The killings have raised questions about how he managed to avoid detection by the police, despite having top-level security clearance. 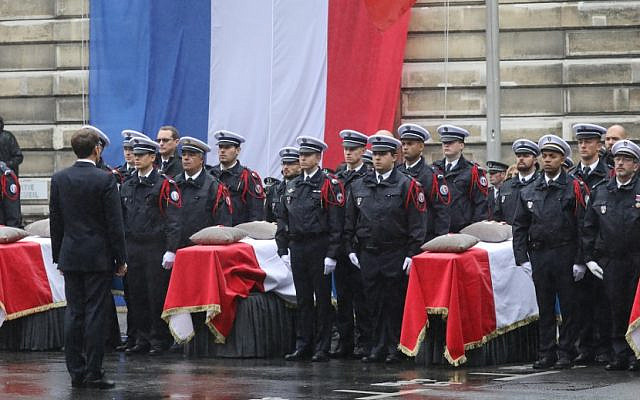 French President Emmanuel Macron stands in front of coffins during a ceremony at The Prefecture de Police de Paris (Paris Police Headquarters) in Paris on October 8, 2019, held to pay respects to the victims of an attack at the prefecture on October 4, 2019 (LUDOVIC MARIN / AFP)

Macron said it was “inconceivable and unacceptable” that Harpon, who had worked for the police since 2003, had managed to carry out an attack “in the very place where we pursue terrorists and criminals.”

Addressing the police he said: “Your colleagues fell under the blows of a distorted, deadly Islam which we must eradicate.”

On Sunday France’s interior minister acknowledged that officials should have kept a closer eye on Harpon.

“Obviously, there were failings,” Christophe Castaner told TF1 television, but he said he would not resign over the matter as some right-wing opponents have said he should. 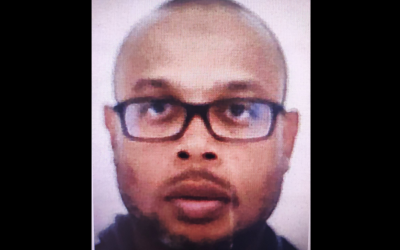 Castaner has come under fire after initially claiming that Mickael Harpon, a 45-year-old computer expert at the Paris police headquarters, had never given the “slightest reason for alarm” ahead of Thursday’s attack.

Investigators later revealed that Harpon had in fact been in contact with adherents of Salafism, the ultra-conservative branch of Sunni Islam.

He had defended “atrocities committed in the name of that religion,” anti-terror prosecutor Jean-Francois Ricard said Saturday.

On Sunday, Castaner said Harpon had caused alarm among his colleagues as far back as 2015, when he defended the massacre of 12 people at the Charlie Hebdo newspaper by two brothers vowing allegiance to al-Qaeda.

But even though a police official charged with investigating suspected radicalization among the force questioned the colleagues, none of them wanted to file an official complaint. 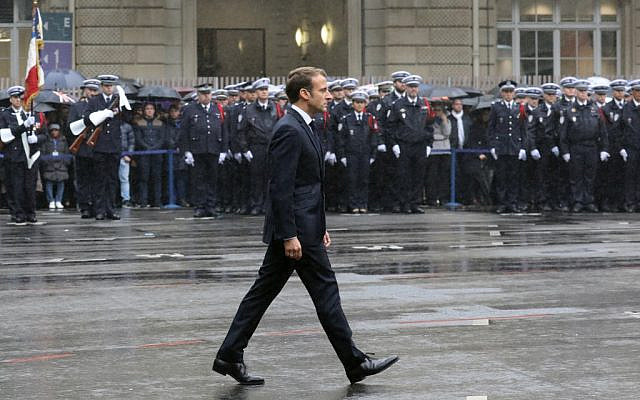 French President Emmanuel Macron takes part in a ceremony at The Prefecture de Police de Paris (Paris Police Headquarters) in Paris on October 8, 2019, held to pay respects to the victims of an attack at the prefecture on October 4, 2019 (LUDOVIC MARIN / AFP)

Harpon’s 38-year-old wife was taken into custody Thursday after officials found they had exchanged 33 text messages shortly before the attack, ending the conversation with “Allahu Akbar” (“God is greatest”).

A police source said she was released without charge on Sunday evening.

French police have often been targets of jihadist groups such as the Islamic State since 2015, from large, synchronized assaults to isolated knife and gun attacks.

In June, a parliamentary report on radicalization within the public services spoke of 30 suspected cases out of the 150,000 police officers and 130,000 gendarmes in France.