In addition to Israel and the UK, the United States, Germany and Italy participated in the nearly three-week-long exercise, known as Cobra Warrior, according to the British Royal Air Force.

This was Israel’s first time participating in an aerial drill in the UK, marking a shift toward a more open relationship between the two nations’ air forces. The RAF and IAF have worked together extensively over the years, but they typically keep this cooperation quiet.

The Israeli planes traveled to the United Kingdom late last month ahead of the exercise, which ended on Thursday. 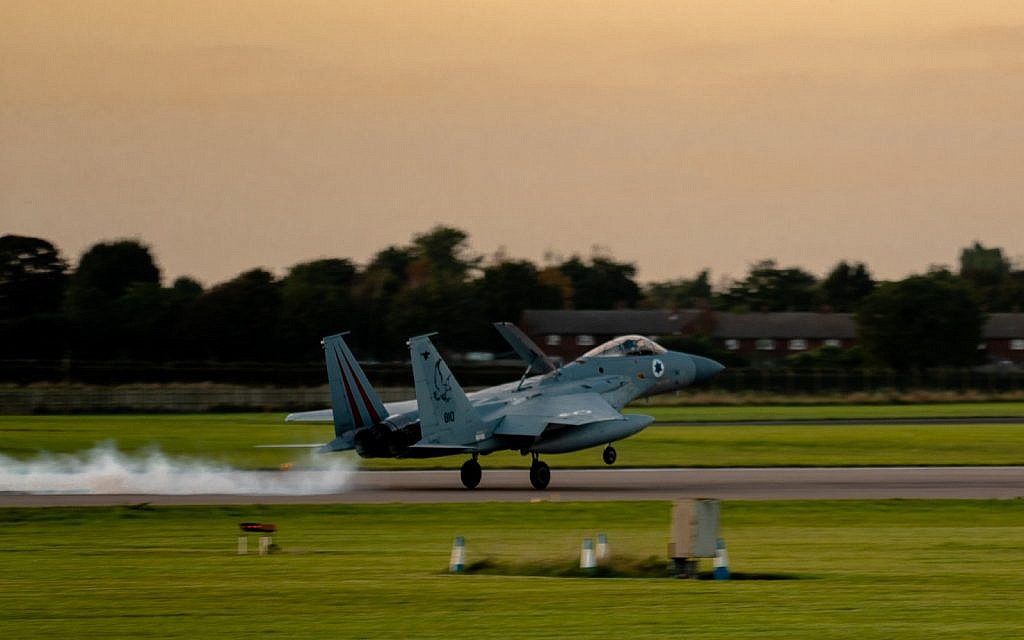 An Israeli fighter jet takes off as part of the Royal Air Force’s Cobra Warrior exercise in the United Kingdom in September 2019. (Israel Defense Forces)

“This is a very special and important exercise for us — foremost on a historical level. The Israeli Air Force was formed from within the British Air Force, so this was a special opportunity to come full circle,” Ein-Dar said. 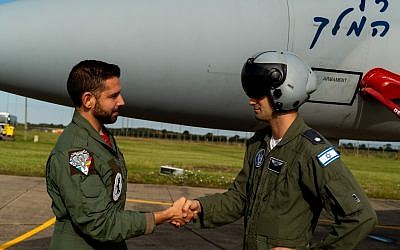 RAF F-35 stealth fighter jets also took part in the drill, according to the IDF.

The exercise, which was held over Lincolnshire, was designed to replicate real-world scenarios for the participating pilots.

The IDF said that for the F-15 fighter jets this included air-to-air combat, air-to-ground strikes and other types of fighting over enemy territory.

“This gave us an opportunity to carry out tactical flights against an advanced enemy in new and unknown terrain,” the army said. 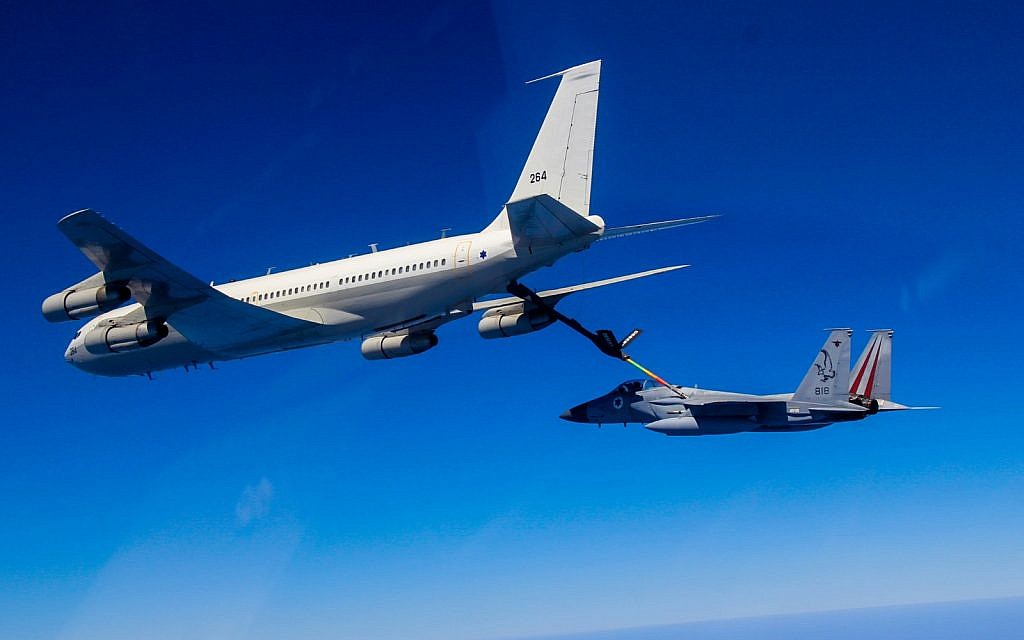 An Israeli Boeing 707 refuels an Israeli fighter jet in mid-air as part of the Royal Air Force’s Cobra Warrior exercise in the United Kingdom in September 2019. (Israel Defense Forces)

Cobra Warrior, once known as the Combined Qualified Weapons Instructor exercise, serves as the culminating drill before pilots and navigators can be certified as a qualified weapons instructor, an expert in their field.

RAF pilots took part in Israel’s Blue Flag international exercise in 2017, but as spectators, not with their own aircraft. The British air force may fully participate in the upcoming Blue Flag exercise in 2020, which would be the first time RAF pilots openly fly in Israeli airspace — save for the cases of the RAF ferrying British dignitaries to the Jewish state for visits.

The Israeli military, and the air force in particular, is seen as a useful tool in expanding the Jewish state’s ties to foreign countries.

The air force often refers to this as “aerial diplomacy.”

Under the banner of military drills, Israeli pilots are able to do what Israeli politicians and diplomats cannot. The IAF, for instance, has participated in air exercises with the United Arab Emirates and Pakistan, two countries that do not formally recognize the State of Israel.