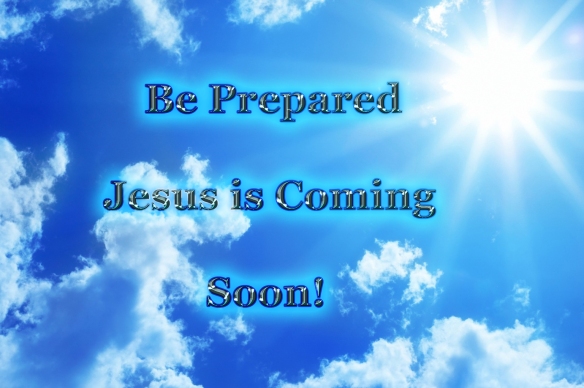 Like I said previously in my last post on mass shootings in America, the government will talk about make more gun control laws immediately following this tragic event.  Well, it’s happening, the government is talking about cracking down on gun control, and the laws will become even more stringent then they are now.

It’s not gun control that’s the answer my friends, that’s like putting a band-aid over a hemorrhage!  It just isn’t going to work!  If the patient is already bleeding to death what good is a band-aid?!!!

One question that I have about the Ohio shooter is: “Why didn’t the authorities do something about this person before hand other than pull him from school?”.  They obviously knew that he had some very serious mental issues when they pulled him from school for creating a hit list of other students, and he also had a list of female students he wanted to sexually assault!  These things in and of themselves are crimes, they show the person’s intent, they are written plans to do some horrific things to other people, to students, to children!  This was a conspiracy to harm other people, and as far as I know this is illegal in America, yet nothing was ever done about it!!!  So now instead of anyone taking the blame for not doing what should have been done beforehand they blame guns and gun laws.

If a terrorist wants to harm a number of people and has no guns available to him do you think that will stop him?  Do you actually believe for one minute that a person who has a strong intent to harm people will be stopped because they cannot obtain any guns?!  On the contrary my friends, the person will merely come up with another means to his or her end!  How many terrorist incidents have we witnessed that do not even include guns?  I can sure think of a few, how about the pressure cooker bombs at the Boston marathon, 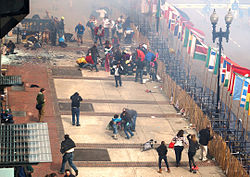 or the Oklahoma City Federal Building bombing by Timothy McVeigh in 1995, he used fertilizer along with a couple of other compounds purchased legally to build a highly explosive and damaging bomb killing at least 168 people and injuring close to 700 people! 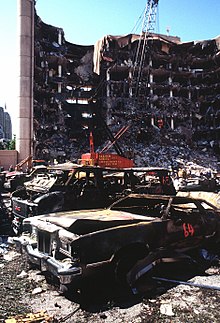 And of course all of us already know about 9-11 and the attacks on America!  These attacks didn’t involve any guns, yet killed over 3,000 innocent lives that day!  What should we have done then, outlaw airplanes?!  Or perhaps more gun control would have saved lives.

The point is my friends that it’s not guns that are killing people, it’s people that are killing people!!!  Guns are merely a means by which they are carrying out their sinister plans.  But I tell you this, if guns are not available to them (but I believe that any criminally minded person can obtain firearms one way or another) then they will find another way!  Vehicles, knives, ropes, chains, bombs of some sort, rocks, frying pans, the ways to murder someone is innumerable.  Do we then outlaw everything?!  What’s the next step then?  To lock everyone up?!

The world teaches our children from birth that there is no God, that all life just evolved from slime, that we began as worms, then evolved eventually into monkeys, then into humans.  So it’s no wonder they don’t think twice about killing, life to them has no meaning at all, we’re just slime and worms, nothing really has a meaning or purpose, there is no value to life itself!  It’s all meaningless!!!  This is what the secular world teaches our children from birth, then they wonder what went wrong when they see people committing heinous acts of violence against other human beings!!!  Oh, it must be the guns!  The guns hate people, they want to destroy us all!!!  Please, get real!  But this is how the world thinks.

My friends, we must not be deceived by anyone, nor should we be led astray.  Satan is a liar, he is the father of all lies, he is out to steal, kill and destroy!  He is leading the world down a deep dark path, a path which leads only to destruction.  What is happening in the world may seem a little confusing, but it’s not really if you know and understand the truth.

Satan has deceived the world into believing in evolution, and to believing in false gods and idols.  Therefore the world is in darkness, it is led astray into believing lies and untruths.  Anything other than the truth of God and His word are lies, they are sin, and the penalty for sin is death and destruction!  The world has brought upon itself death and destruction, the penalty for the sin that it has done and is doing now.  Satan doesn’t want us to know the truth, he in fact knows the truth but does everything in his power to keep us from it!  He knows that if we know the truth and accept Jesus Christ as our Lord and Savior then he has lost his power over us.

It’s all about a spiritual war my friends, a war that is now taking place in the spiritual dimension, a dimension which is separated by a thin veil.  But, that veil can be penetrated, those spirits can cross the veil and enter our physical dimension.  Some of us can see through the veil, can see the spiritual world, but most cannot.

Those who are born-again can see through the veil, can see the spiritual world.

“Nevertheless when one turns to the Lord, the veil is taken away.“

The good Lord allows us to see things that those of the world cannot see, nor cannot comprehend.  However, as believers we can still be deceived, we can be led astray, and through our disbelief we can lose our ability to see the spiritual world, we can lose faith when we doubt, and when we doubt then we do not receive from the Lord.

“But let him ask in faith, with no doubting, for he who doubts is like a wave of the sea driven and tossed by the wind. 7 For let not that man suppose that he will receive anything from the Lord; 8 he is a double-minded man, unstable in all his ways.“

The cause of these mass shootings is rebellion against the God of the universe, it is pushing Him away, telling Him that they can do it better, it is the world performing abominations, of teaching that there is no God, that we all just evolved from slime, but ironically at the same time teaching in false gods and idols!  The world is reaping what it has sown, it has gone down the path which leads to destruction instead of life.

The sad thing is that these things will continue to happen, the good news is that Jesus Christ is coming soon!  These things are signs of the times, in order for us to know the season, the season of Christ’s return.

Although the world is headed for more destruction, it is our duty as believers to pray for peace in the world, to pray against the enemy, to pray for the light to outshine the darkness.  Ours is to keep evil at bay, to stop it in its tracks, to hold back the darkness while we remain.  What we see happening now in the world is merely a foreshadowing of things to come after the rapture of the church!

The good Lord tells us that He makes all things work together for good to those that love Him, all who are called according to His purpose (Romans 8:28).  Let us pray that He makes good things come from these horrific tragedies!  That He brings lost souls to salvation through His Son, Jesus Christ!  Amen.

There is only one answer to the ills of the world, and that my friends is a personal relationship with Jesus Christ!

Accept Jesus Christ now as your Lord and Savior!

4 thoughts on “Gun Control is NOT the Answer!”