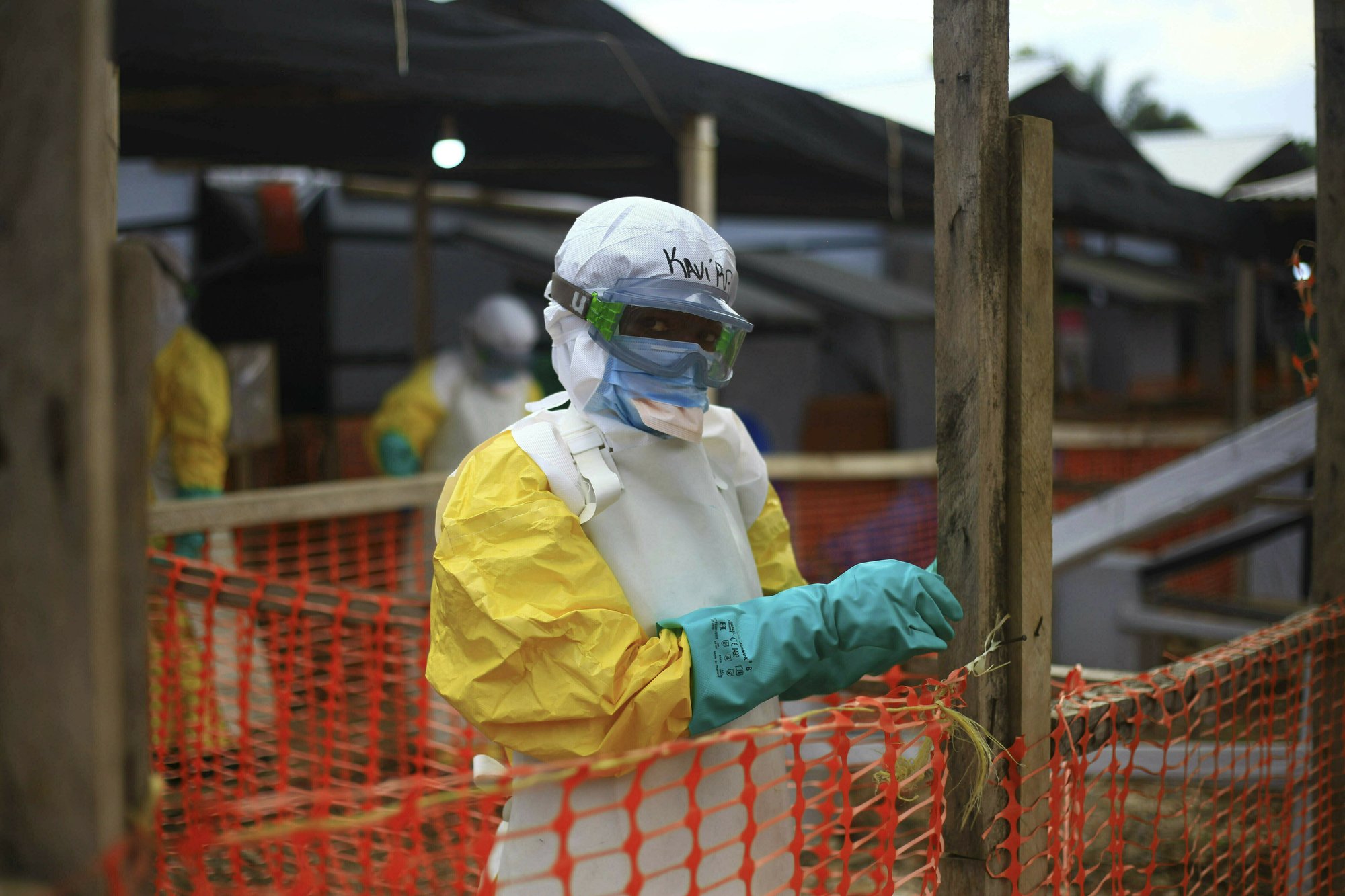 FILE – This Tuesday, April, 16, 2019 file photo taken in Congo shows an Ebola health worker at a treatment center in Beni, Eastern Congo. Uganda’s health ministry said late Tuesday, June 11, 2019 that a 5-year-old Congolese boy who crossed into Uganda has tested positive for Ebola in what is the first cross-border case of the deadly virus since an outbreak started in neighboring Congo last year. (AP Photo/Al-hadji Kudra Maliro, File)

KASINDI, Congo (AP) — The Latest on the Ebola outbreak in Africa (all times local):

The World Health Organization says an expert committee has been alerted for a possible meeting to discuss whether to declare the Ebola outbreak a global health emergency.

A WHO spokesman says the director general might convene a third meeting after two previous ones decided this Congo-based outbreak was not yet fit for a declaration.

Now the deadly virus has crossed into Uganda, where three cases including one death have been confirmed.

Nearly 1,400 people have died since this outbreak was declared in August.

The World Health Organization says two more cases of Ebola have been confirmed in Uganda after the first was announced late Tuesday in the East African country.

The two new cases are believed to be family members of the 5-year-old boy who entered Uganda from eastern Congo earlier this week and has since died.

Family members, including the boy’s mother, have been isolated at a hospital near the Congo border.

These are the first Ebola cases outside Congo since the outbreak began in August. Nearly 1,400 people have died.

Authorities are trying to determine how the family, exposed to the virus, managed to cross the border.

The World Health Organization says the 5-year-old boy who became the first cross-border case in the current Ebola outbreak has died.

The boy’s death was confirmed the day after WHO announced the first Ebola case outside eastern Congo since the outbreak began in August. Nearly 1,400 people have died.

Authorities are trying to determine how the boy’s family, exposed to the virus, managed to cross into Uganda. His relatives are isolated at a hospital there.

A 5-year-old boy vomiting blood has become the first cross-border case of Ebola in the current deadly outbreak. Now authorities in Congo are trying to determine how his family, exposed to the virus, managed to cross into neighboring Uganda.

The World Health Organization late Tuesday confirmed the first Ebola case outside Congo since the outbreak began in August. Nearly 1,400 people have died.

Congo’s health ministry says a dozen members of the boy’s family had showed symptoms of Ebola and were put in isolation.

But six managed to leave while awaiting transfer to an Ebola treatment center. Authorities say they entered Uganda, where the boy is receiving treatment and relatives are isolated.

Experts have long feared Ebola could spread to neighboring countries because of unrest hampering response work in Congo.